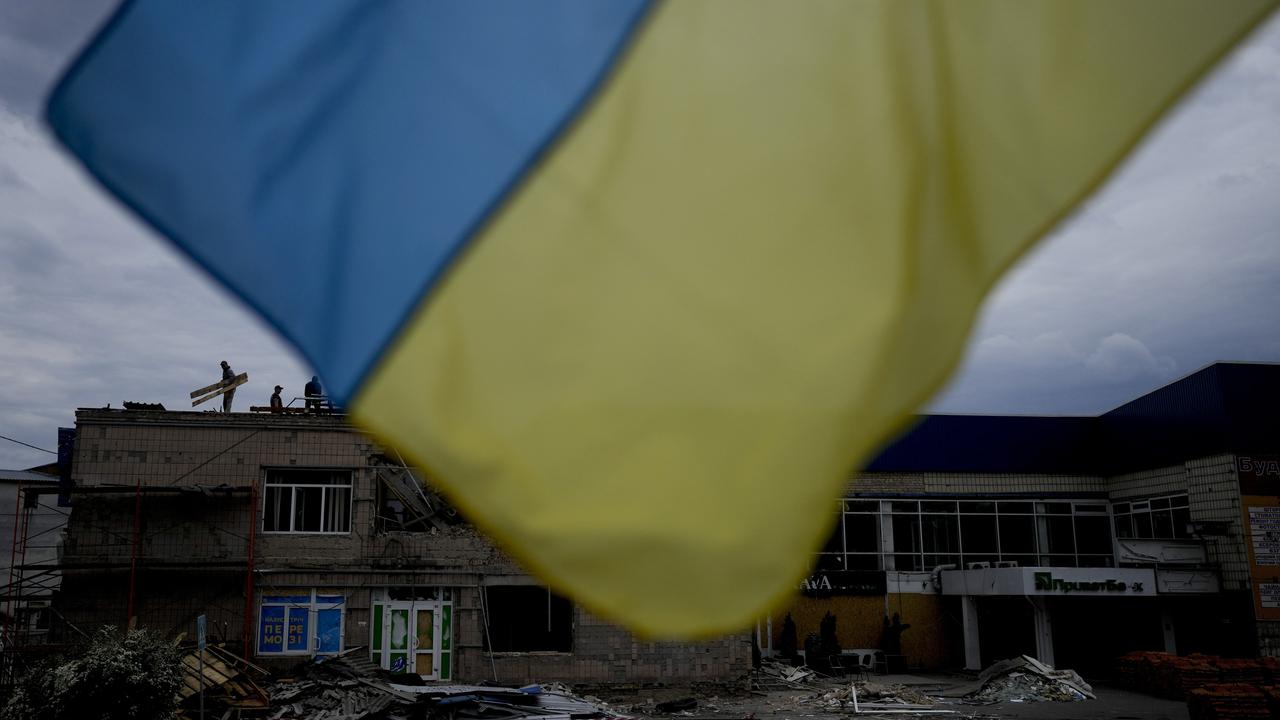 The governor of the eastern province of Luhansk, now almost completely under Russian control, says Ukrainian troops may have to withdraw from their last resistance zone there to avoid being captured.

Serhiy Gaidai said in a Telegram message that Russian troops had invaded Sievierodonetsk, the largest city occupied by Ukraine in the eastern Donbas region, where Russia’s largest advance in weeks has changed the momentum of the three-month-old war.

Russia has tried to trap Ukrainian troops in Sievierodonetsk, where Gaidai previously said 90 percent of the buildings had been destroyed, and Lysychansk, its twin city across the river.

“The Russians will not be able to conquer the Luhansk region in the coming days, as analysts have predicted,” Gaidai said on Telegram, referring to the almost surrounded cities.

“We will have enough strength and resources to defend ourselves. However, we may have to retreat so as not to be surrounded.”

He said fighting continued on the outskirts of Sievierodonetsk, but evacuations were still possible, even though a major exit road was “completely under attack”.

Russia’s separatist henchmen said they now had their hands on Lyman, a railway junction.

Ukrainian officials said Russia had taken most of the city, but said Ukrainian forces were blocking an advance towards Sloviansk, a city half an hour’s drive to the southwest.

Ukrainian presidential adviser Oleskiy Arestovych said last night that the well-organized attack on Lyman showed that the Russian army, which was forced back from the capital Kiev in March, was improving its tactics and operations.

A Ukrainian withdrawal could bring President Vladimir Putin closer to his stated goal of completely taking the Donetsk and Luhansk regions of eastern Ukraine.

British Prime Minister Boris Johnson told Bloomberg UK that Putin “continues to chew through soil in Donbas at great cost to himself and to the Russian military”.

Russian troops gained ground in the Donbas area after piercing Ukrainian lines last week in the town of Popasna, south of Sievierodonetsk.

Popasna was reached on Thursday by Reuters journalists in Russian-occupied territory and was a burnt-out wasteland.

In a courtyard lay the bloated body of a dead man in combat uniform.

Natalia Kovalenko had left the basement where she was hiding to live in the wreckage of her flat, the windows and balcony had been blown away.

She said a grenade hit the courtyard outside, killing two people and injuring eight.

“I just need to fix the window somehow. The wind is still bad,” she said.

“We’re tired of being so scared.”

In the south, where Russia has taken much of the territory since the February 24 invasion, Ukrainian officials believe Russia wants to impose permanent rule.

The Ukrainian army said Russia was shipping military equipment from Crimea to build defenses against any Ukrainian counter-attack and that it was mining the banks of a reservoir behind a dam in the Dnipro River separating the troops.

In the Kherson region, north of Crimea, Russian forces were daily strengthening defenses and shelling Ukrainian-controlled areas, Ukraine’s governor of the region Hennadiy Laguta said at a media briefing.

He said the humanitarian situation in some areas was critical and people found it almost impossible to leave occupied territory, with the exception of a convoy of 200 cars that left on Wednesday.

On the diplomatic front, European Union officials said an agreement could be reached on Sunday to ban shipments of Russian oil by sea, which accounts for about 75 percent of the bloc’s supply, but not through pipelines – a compromise to win over Hungary and lift new blockades. sanctions.