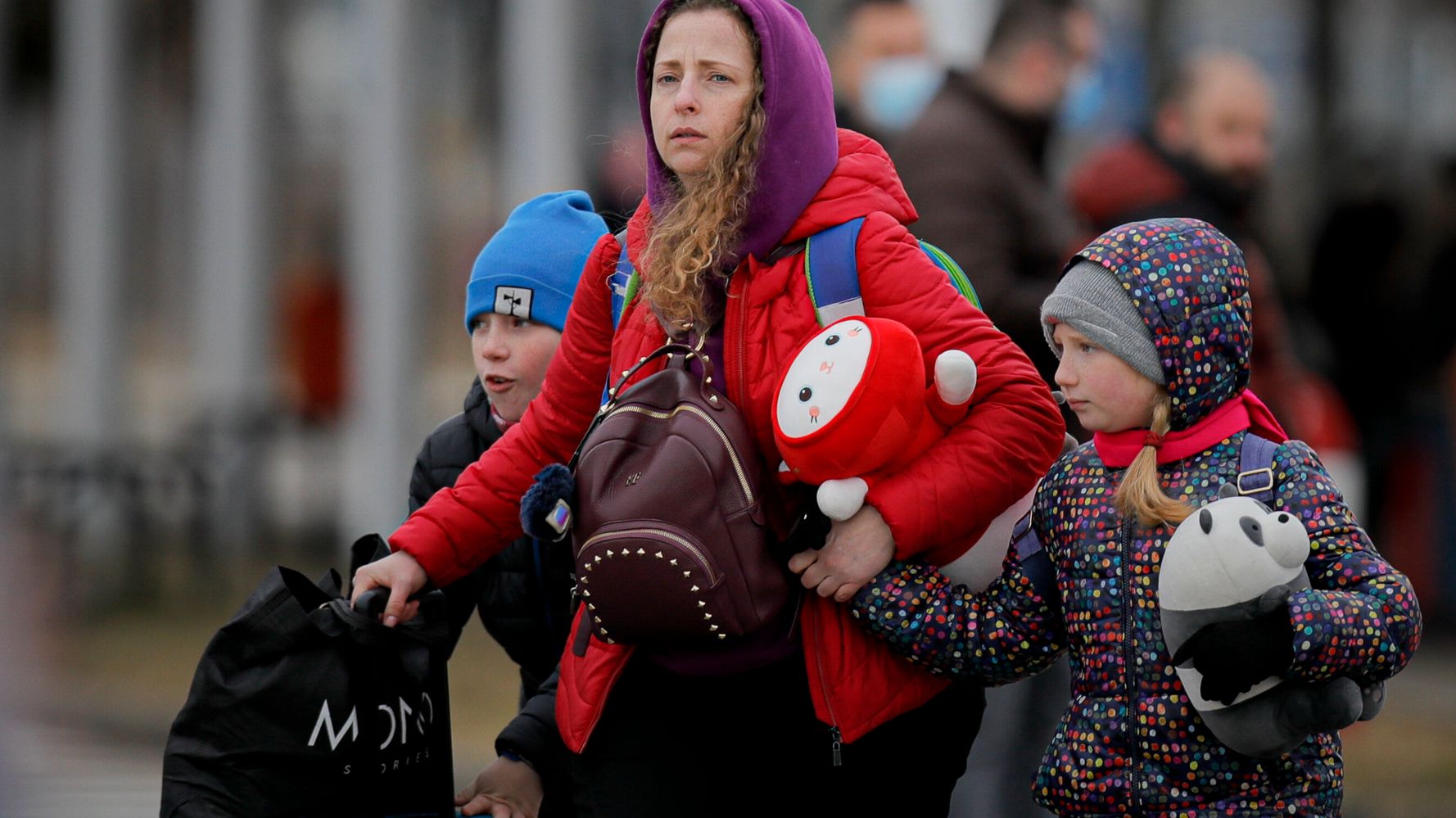 Ukrainian refugees with immediate family in the UK will be able to move to this country to flee the war with Russia, the government has announced.

Downing Street said the move – which comes after calls for the Home Office to relax its existing immigration rules – will benefit thousands of people.

However, critics are likely to say that it does not go far enough as it excludes refugees who do not have family in the UK.

The government has also announced that it is providing a further £40 million to provide medical supplies and other help to Ukraine.

It comes after Ukrainian president Volodymr Zelenskyy told Boris Johnson in a call on Saturday night of the urgent need need for more humanitarian assistance as people in his country are forced to flee their homes due to the Russian bombardment.

The prime minister said: “In the last days the world has witnessed awe-inspiring displays of bravery and heroism from the Ukrainian people in response to those who seek to obliterate their freedom by force.

“The UK will not turn our backs in Ukraine’s hour of need. We are providing all the economic and military support we can to help those Ukrainians risking everything to protect their country.”

“The UK will provide £40 million in aid to help our Ukrainian friends, more funding to tackle what is becoming a humanitarian crisis.

“We stand with Ukraine, shoulder to shoulder, in its hour of need.”

Former Tory cabinet members have urged Priti Patel to guarantee all Ukrainian refugees the right to live in the UK.

George Osborne and Rory Stewart are among those supporting the move as thousands flee their country following the Russian invasion.

Meanwhile, immigration minister Kevin Foster has come under fire for suggesting Ukrainian refugees could come to the UK to pick fruit.

Shadow home secretary Yvette Cooper described the refugee announcement as “a first step”, but called on the government to go further.

This is a first step which will help desperate families, tho delays in doing this have been very damaging

And must set out wider sanctuary plan working w other countries so UK does its bit to help Ukraine https://t.co/dIqiYsuGCm