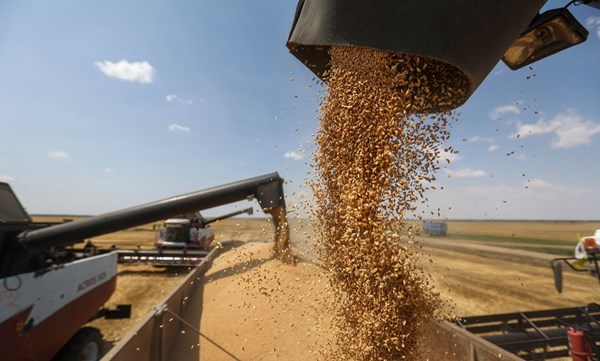 UN officials warned Friday that the crisis in Ukraine threatens to spark a global hunger crisis.
The UN Coordinator for the Ukraine Crisis, Amin Awad, said at least 15.7 million people in Ukraine now urgently need help and protection, and the number is rising by the day.
In an online press conference, Awad said that when winter comes, millions will be in danger.
He noted that nearly 14 million people, or a third of the Ukrainian population, were forced to flee, and between 15 million and 16 million remained in Ukraine, but lost their livelihood.
He explained that humanitarian aid has helped more than 1.5 million people so far and could reach 8.7 million by August and 25 million by the end of the year.
The operation contributed to a global food crisis with soaring prices for grain, cooking oil, fuel and fertilizer. Russia and Ukraine together provide about a third of the world’s wheat supply, Russia is a major supplier of fertilizers and Ukraine is a major supplier of maize and sunflower oil.
Awad said more negotiations are needed to open trade corridors across the Black Sea.
“Failing to open those ports will lead to famine, unrest and mass migration around the world,” he said, pointing out that shortages of wheat and other grains could affect 1.4 billion people, causing hunger and the inflation would increase.
The United Nations is trying to strike a deal to open corridors for Ukraine’s grain exports. Russian President Vladimir Putin said Russia is ready to facilitate Ukraine’s wheat exports from the Black Sea, as well as shipments of Russian fertilizer, if sanctions are relaxed.
Matthew Hollingworth of the World Food Program described the ports on the Black Sea as “the magic bullet when it comes to averting hunger and hunger around the world”.
In light of the ongoing crisis, he appealed to the international community to find ways to get food shipments from Ukraine by land or sea.
On the other hand, the International Organization for Migration said there were about seven million displaced persons in Ukraine on May 23, up from a peak of about eight million.