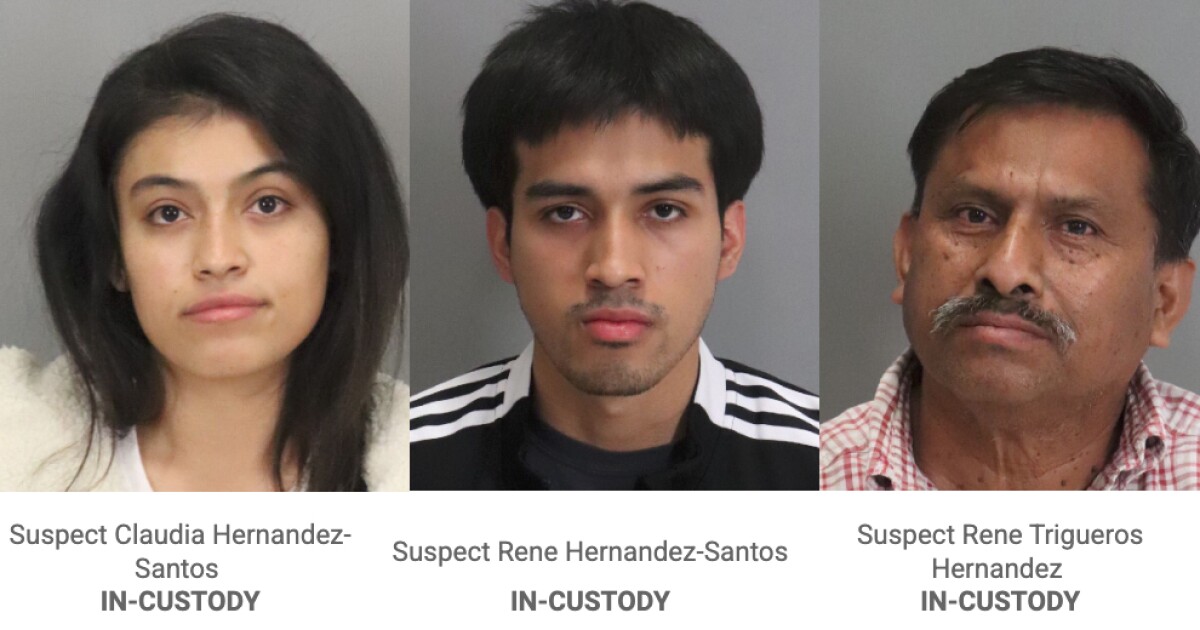 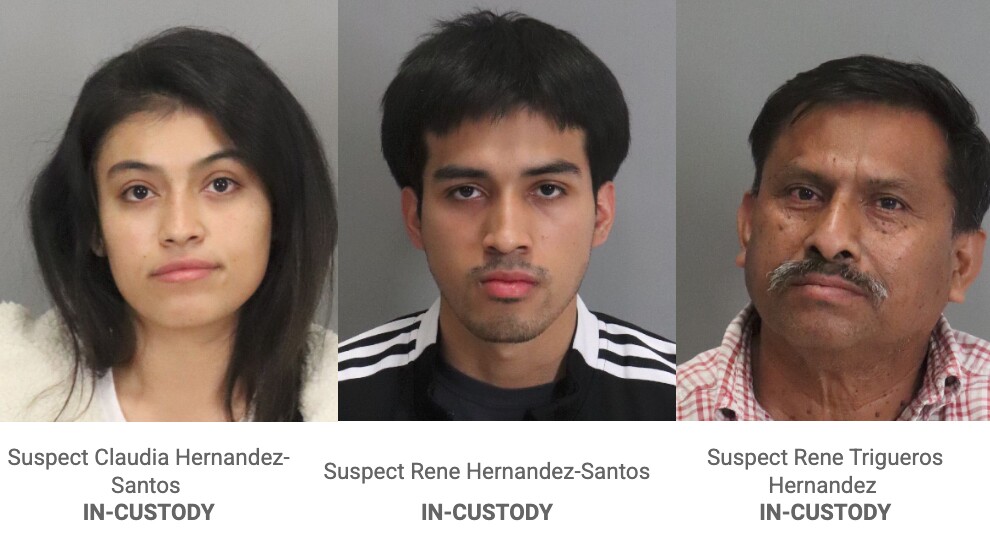 The uncle and grandfather of a 3-year-old girl from San Jose were arrested in connection with an “exorcism” that took her life last fall.

The grandfather, Rene Trigueros Hernandez, was a pastor at a small church in San Jose where the exorcism and murder are said to have taken place, according to the San Jose Mercury News.

The girl’s mother, 25-year-old Claudia Hernandez-Santos, was arrested in January and charged with child abuse leading to death.

She told police she feared her daughter was possessed because the girl would scream or cry “periodically,” the Mercury News reported.

She took the girl to Iglesia Apostoles y Profetas, at the back of a house in a residential area. There, they, the uncle and the grandfather took turns trying to make the girl vomit by squeezing her neck, abdomen and legs, according to the Mercury News.

San Jose police arrested the uncle, 19-year-old Rene Hernandez-Santos, and grandfather, 59, Hernandez, on suspicion of child abuse that resulted in death, the department said in a news release.

The child died around 6:30 p.m. on Sept. 24, but emergency services were not called for nearly two hours, the Mercury News said.

San Jose police found the victim unresponsive on the ground and attempted to take life-saving measures. She was taken to a hospital where she was pronounced dead, police said.

The department declined to provide further details on Friday.

In a Mercury News story published Monday, the grandfather confirmed that an “exorcism” had been performed and that what happened was “the will of God.”

Police also responded to the church in April to search for a kidnapped 3-month-old boy who was later found safe, the Mercury News reported.

San Francisco television station KTVU reported that a kidnapping suspect met the victim’s grandmother at church and became “obsessed” with the child.

Two people have been arrested on suspicion of kidnapping in connection with the incident.