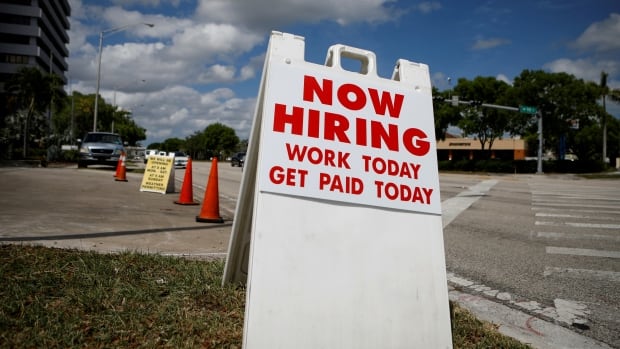 The US added 390,000 jobs last month as employers agreed to pay raises to ensure they have enough workers to keep up in a strong economy.

The Labor Department said the unemployment rate remained stable at 3.6 percent, just above the 50-year low of 3.5 percent it reached in the months before the pandemic.

Companies in many industries remain desperate for staff as their customers have continued to spend freely despite mounting concerns about high inflation.

Average hourly wages rose 10 cents to $31.95 in May, the government said. That figure is up 5.2 percent in the past year, a strong figure under normal circumstances, but not enough to keep pace with inflation, which is rising at the fastest rate since the 1980s.

American workers enjoy almost unprecedented bargaining power. The number of people resigning, usually for better positions at higher wages, has been at or near an all-time high for six months.

The number of working people aged 55 or older rose last month, suggesting that some older Americans are “not retiring” after leaving their jobs or being laid off during the pandemic.

Virtually every sector of the economy added jobs, with the exception of retail, which lost nearly 61,000 jobs. But that lack of workers does not indicate a lack of jobs. RBC economist Claire Fan says companies in sectors with a lot of contact and customer focus have the biggest problem finding employees.

“Many of the workers who have switched industries during the pandemic will be more difficult to convince to return.”

Wage growth will accelerate further in the near term, but whether that will be enough to outpace inflation growth remains uncertain.

According to official data, there were 11 million job vacancies in the US last month, meaning the number of job openings “still exceeds the unemployed by nearly two to one,” said TD Bank economist Admir Kolaj.

The strong jobs report suggests the US economy is in little danger of sliding into recession, with more than a million new hires in three months. It will also keep the US central bank on track to continue raising interest rates, starting with a 50-point rise this month, with more to come.

“In this vein, today’s report provides further justification for the Fed to continue its urgent phasing out of monetary stimulus, with at least two more 50 basis point jumbo increases on the horizon,” Kolaj said.