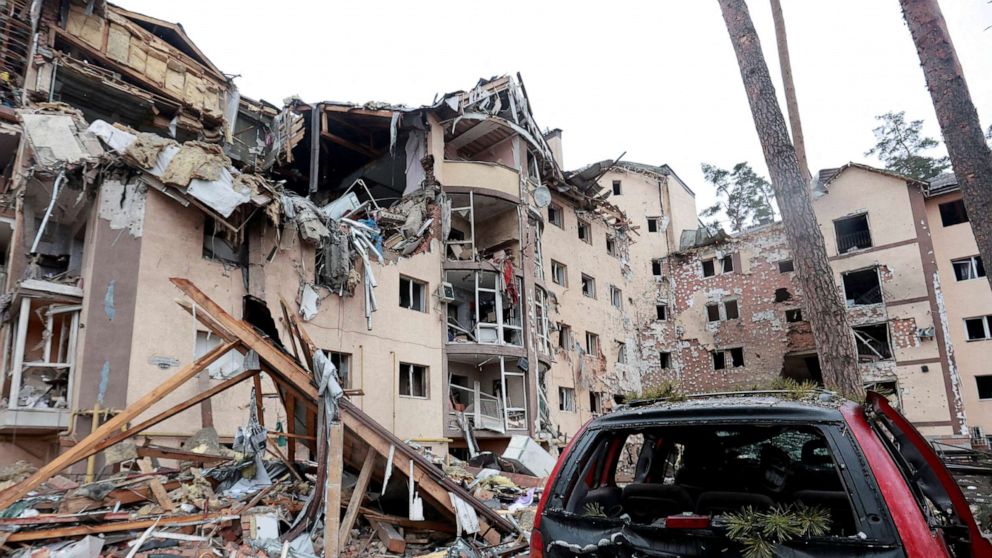 But President Joe Biden and his administration have stopped short of accusing the Kremlin of conducting war crimes in its invasion of Ukraine so far, with the top US diplomat saying instead they are “looking very closely at what’s happening” and “documenting it.”

The US and its NATO allies continue to provide Ukraine with assistance, including anti-aircraft missiles known as Stingers, a senior US official confirmed. But that lethal military aid, overwhelming condemnation at the United Nations and the flight of Western businesses and crippling sanctions, including new ones announced Wednesday, have yet to change Vladimir Putin’s calculus as he seeks to topple Ukraine’s government.

Instead, Russia is increasingly switching to using indiscriminate bombardment to terrorize cities into submission — a tactic Putin’s forces honed previously in Chechnya and Syria and that seems to have secured them their first major Ukrainian city, Kherson.

Kharkiv, Ukraine’s second-largest city, has been pummeled with heavy artillery, rockets and airstrikes, destroying apartment buildings and government offices alike. Another major city, Mariupol, is under ferocious, continual bombardment with rocket barrages and ballistic missile strikes, knocking out the power.

Schools, hospitals and residences; buses, cars and ambulances; and infrastructure like drinking water, electricity,and gas amid Ukraine’s bitter winter have all been hit.

“These aren’t military targets. They are places where civilians work and families live,” Blinken told reporters, adding, “This is shameful.”

But while Biden said Wednesday morning he believed Russia is intentionally targeting civilian infrastructure, Blinken stopped short of that, saying the US is still assessing particular strikes.

“We’re looking very closely at what’s happening in Ukraine right now, including what’s happening to civilians. We’re taking account of it, we’re documenting it, and we want to ensure, among other things, that there’s accountability for it ,” he told reporters Wednesday.

The International Criminal Court announced Wednesday it would launch an immediate investigation into possible war crimes in Ukraine after 38 member states, including the United Kingdom and Canada, referred reported atrocities to the ICC.

“Our work in the collection of evidence has now commenced,” ICC Prosecutor Karim AA Khan said in a statement. Khan announced Monday that he would request to open a probe, which requires either authorization from a pre-trial ICC chamber or a referral by member states. Ukraine, like Russia and the US, is not a member state.

Under the ICC’s founding document, the Rome Statute, “intentionally directing attacks against the civilian population as such or against individual civilians not taking direct part in hostilities” is a violation of international law.

Russia has outright denied that it has struck any civilians or civilian infrastructure.

Amnesty International, among other human rights groups, reported Tuesday that it had documented “the escalation in violations of humanitarian and human rights law, including deaths of civilians resulting from indiscriminate attacks on civilian areas and infrastructure.”

While Blinken wouldn’t go that far, he compared Russia’s tactics in Ukraine to previous conflicts, where its forces were “absolutely brutal in trying to cow the citizenship of a given country, and that includes at the very least indiscriminate targeting and potentially deliberate targeting as well.”

To fight back, the US provided several hundred anti-aircraft missiles, known as Stingers, to the Ukrainian military Tuesday, a senior US official confirmed to ABC News. The missiles were part of a $350 million package Biden approved late Friday night, bringing total US military aid to approximately $1 billion.

Before Putin launched his war, US aid had been shipped in on regular flights to the capital Kyiv, where the airport has been shut down. Still, the US has been successfully delivering military aid, according to Blinken, who declined to offer details on how.

“We are very actively working — every day, every hour — to provide that assistance,” Blinken said of the US and its NATO allies, adding, “Vitally needed assistance is getting to where it needs to go.”

The US also unveiled new sanctions Wednesday that target Russia’s oil and gas sector, its defense industry and its ally Belarus.

The State Department is also implementing “full blocking sanctions” on 22 entities in Russia’s defense sector, while the Commerce Department is extending export controls on Russia to include Belarus, to prevent the country from transferring semiconductors and other technology to its powerful neighbor and ally.