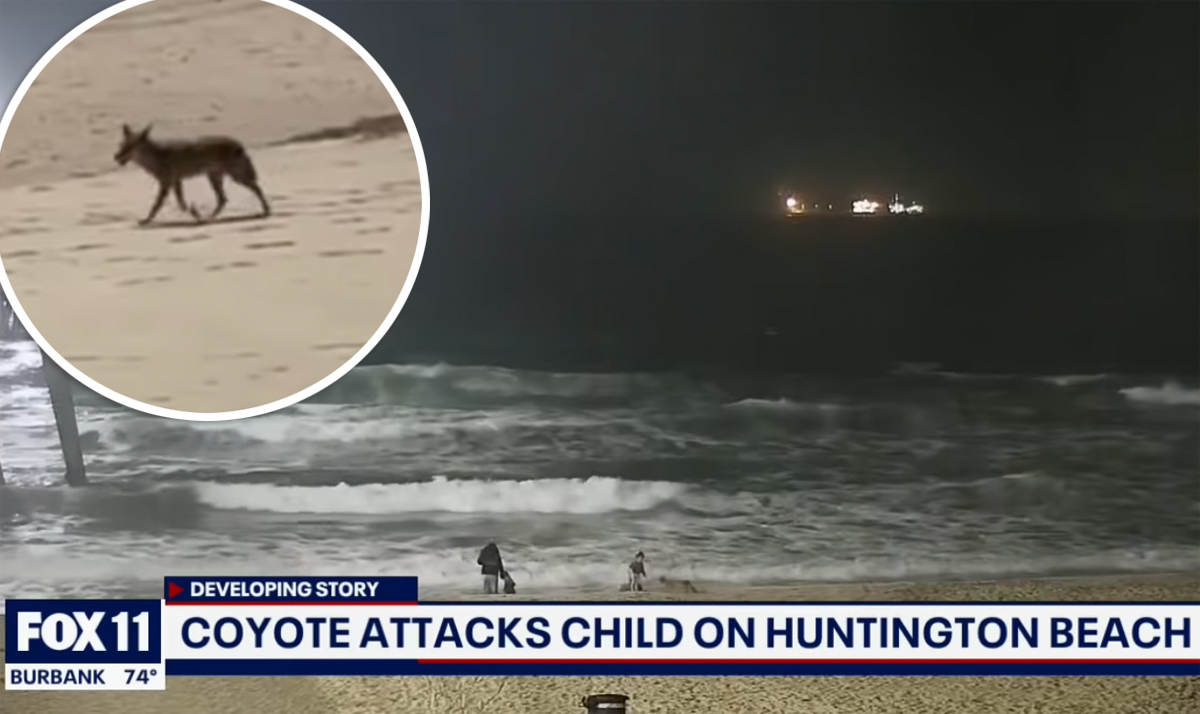 A surf camera captured the terrifying moment a toddler was brutally attacked by a coyote on a California beach this week.

According to KMPH, the horrific incident took place on Thursday around 9:45 p.m. on Huntington Beach in Orange County when a mother took her two children for a quick swim in the ocean. A surf camera captured the moment the coyote jumped onto the little girl’s face and immediately knocked her to the ground. In the video, the animal appeared to be spinning her around — even jumping off the little one at one point before plunging back onto her body. After at least 15 seconds, a woman turned her head and noticed the ambush before the coyote finally startled away.

Related: Pet Duck Helps Police Find the Body of a Woman Who Disappeared in 2020

Another fair warning, the content of the video is very graphic! Have a look (below):

“They hadn’t done anything to provoke this coyote or accidentally launch an attack, but in fact the coyote went up and attacked their little girl.”

Foy also praised the child’s family for their quick thinking after the incident, as their response to the girl most likely scared the coyote away and saved her life:

“It was enough to terrorize that poor girl and luckily the family was there because it wouldn’t have ended well and the nature of the injuries were enough to take the little girl to the hospital.”

As for the coyote, Huntington Beach Police Department officers said they killed two later that night:

“At this point, we believe that both coyotes sighted on the beach last night have been captured.”

The California fishing and wildlife said in a statement that forensic scientists in Sacramento will try to find out if any of the coyotes were involved in the attack by trying to “compare the DNA samples from one of the carcasses with those taken from the bite marks of the victim .” Both will also be tested for rabies.

We’re glad it sounds like the toddler will make a full recovery! This could certainly have ended much worse…