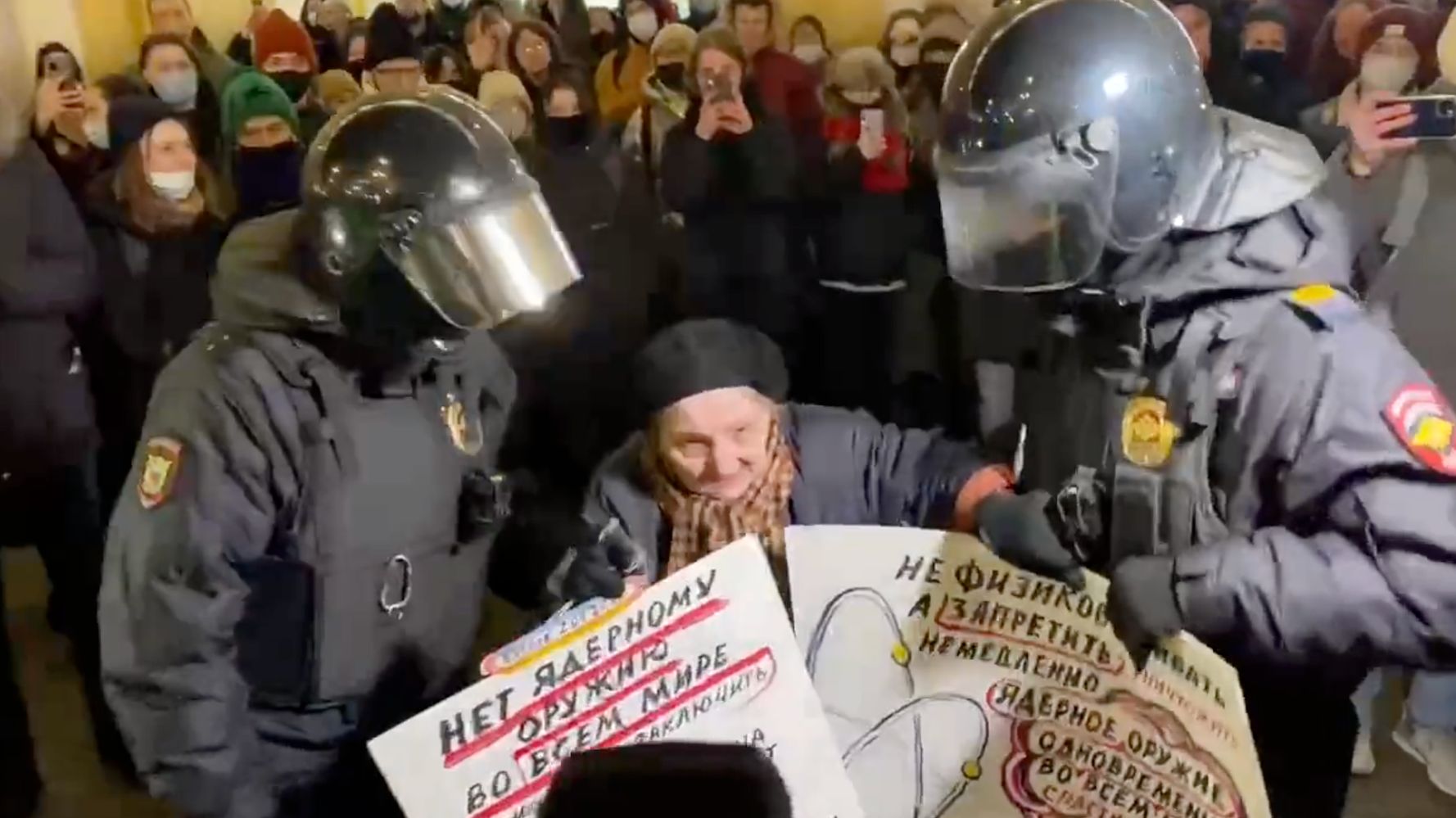 A pensioner joined the thousands of Russian protesters who are calling for an end to Vladimir Putin’s war in Ukraine before she arrested by eight police officers.

Anti-war demonstrations have taken place across the country ever since the Kremlin invaded its European neighbor last week.

As of Thursday morning, 7,635 people have been arrested by armored police for peacefully asking Moscow to stop attacking the Ukrainians – including a 76-year-old woman called Yelena Osipova.

She is also one of the last survivors of the siege of Leningrad (now known as St Petersburg), a 872-day siege from the Nazi invasion into Russia back in June 1941 which led to the death of one million people in the city.

At the time of her judgment on Wednesday evening, she was carrying a sign which read in Russian: “Soldier, drop your weapon and you will be a true hero!”

The clip of her removal by police has been widely shared on social media, demonstrating just how severely the Kremlin is cracking down on its own population.

Children have also been arrested for protesting against Russia’s invasion, which the Kremlin claims is a “peacekeeping mission”.

Two women and five children were detained in Moscow for placing flowers by the Ukrainian embassy this week.

The children, aged between 7 and 11, were holding one poster which read, “No to war” and another which featured a Russian flag, a Ukrainian flag together with a heart.

According to anthropologist Alexandra Arkhipova, the group was released hours later. She also claimed on Facebook that the police had threatened to strip the women of their custody of the children.

The Ukrainian foreign minister, Dmytro Kuleba, tweeted: “Putin is at war with children. In Ukraine where his missiles hit kindergartens and orphanages, and also in Russia.”

Putin is at war with children. In Ukraine, where his missiles hit kindergartens and orphanages, and also in Russia. 7 yo David and Sofia, 9 yo Matvey, 11 yo Gosha and Liza spent this night behind bars in Moscow for their ‘NO TO WAR’ posters. This is how scared the man is. pic.twitter.com/eSenU1D5Ut