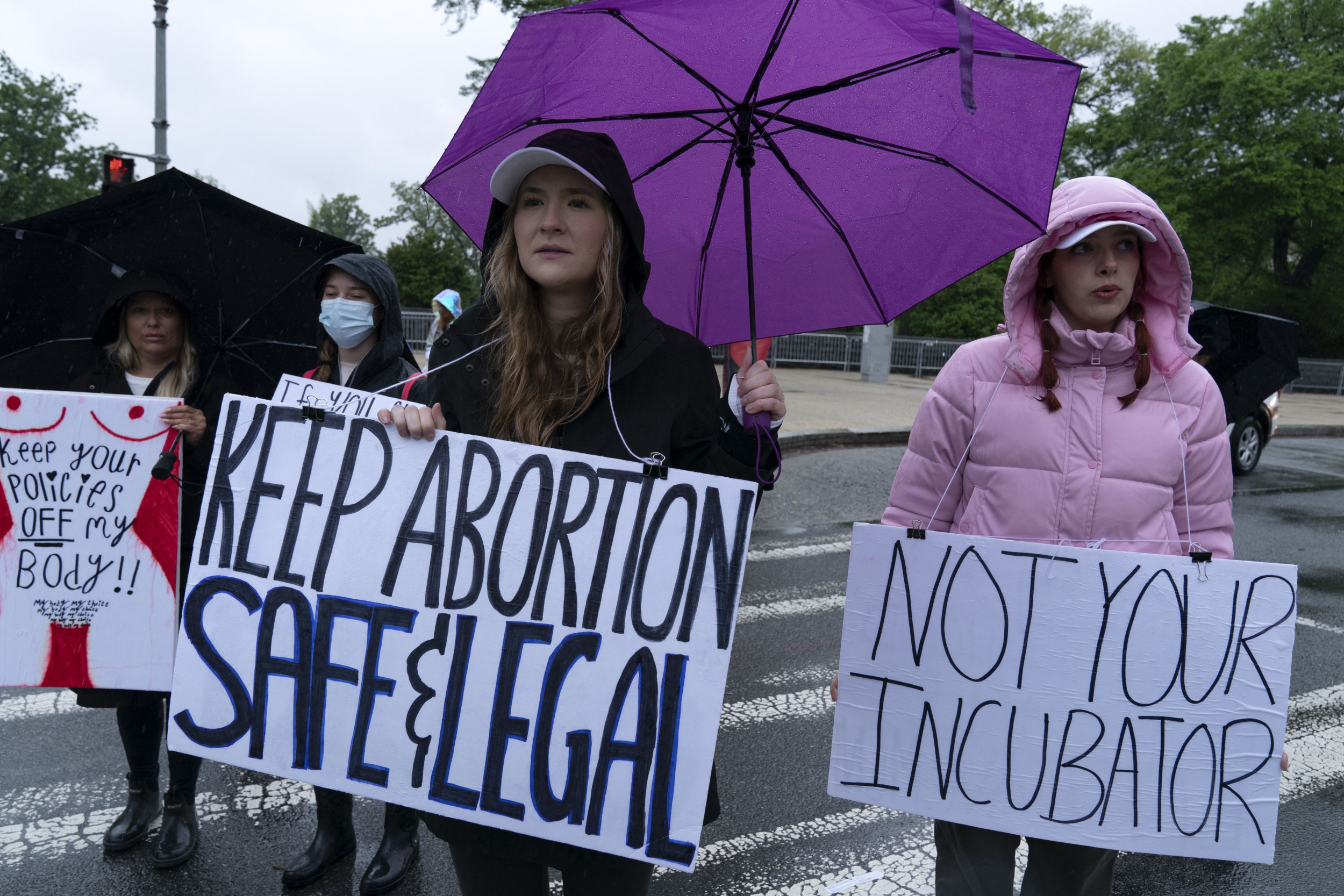 A video of abortion rights activists protesting outside the home of Supreme Court Justice Brett Kavanaugh this weekend has been viewed more than 2 million times.

Activists have planned several protests outside the residences of conservative judges after a leaked draft opinion outlining their intention to reverse the landmark Supreme Court case Roe v. Wade was announced earlier this week. Pro-choice supporters have attributed the issue to the composition of the court, which currently consists of six conservative leaning judges, including Kavanaugh, and three liberal leaning judges.

Outside Kavanaugh’s home in Chevy Chase, Maryland, a group of abortion rights activists was seen on Saturday carrying pro-choice signs as they chanted, “We won’t be going back.”

“You can’t take away my physical autonomy and… [to] enjoy your Saturday at home. You can do one or the other,” a protester, Nikki Enfield, told local news channel WUSA9.

Another protester, Lacie Wooten-Holway, told: The Washington Post Saturday that Kavanaugh is her neighbor, and she’s hosting candlelight gatherings in front of his house. Wooten-Holway said she feels obligated to do so because she had an abortion and is a survivor of sexual assault.

“I’m organizing peaceful candlelight vigils in front of his house… We’re about to get doomsday, so I’m not going to be polite to that man at all,” she said.

Kavanaugh was appointed to the Supreme Court in 2018 by former President Donald Trump. His appointment was met with controversy, with multiple women accusing him of sexual misconduct while he was in high school and college. In more recent days, Kavanaugh has come under fire for past comments in which he allegedly referred to: Roe v. Wade as “established law.” Republican Senator Susan Collins, a proponent of abortion rights, said she voted to confirm Kavanaugh in court, in part because she felt he would not seek to overturn federal abortion protections.

Protesters later marched from the house of justice to the nearby home of Chief Justice John Roberts, where they were told “the world is watching,” according to video footage posted on Twitter.

Police were on standby during the rallies, but the protests have been peaceful and there are no reports of arrests. Activists are now planning additional protests in the coming days outside the home of conservative judge Samuel Alito, who wrote the leaked draft opinion.

“Justice Alito thinks he can take away our rights. But our rights are fundamentally ours. We’ll show up to tell him in person,” the activist group Shutdown DC wrote about a vigil scheduled to take place Monday.

The protests have been met with mixed feelings, with some community members and Republicans condemning activists for publishing the judges’ houses online. On Fox News, host Rachel Campos-Duffy on Sunday even encouraged the Virginia Attorney General to prosecute protesters for possible “hate crimes.”

In Chevy Chase, a community member could be heard sparring with protesters on Saturday, according to the Afterstating, “I think you vote, and you expand the court. You don’t go to a man’s house.”

White House Press Secretary Jen Psaki said earlier this week that President Joe Biden “of course wants people’s privacy to be respected,” but the federal government does not disagree with peaceful demonstrations.

“The president believes that there is a lot of passion, a lot of fear and a lot of sadness from many, many people in this country about what they saw in that leaked document,” she told reporters.