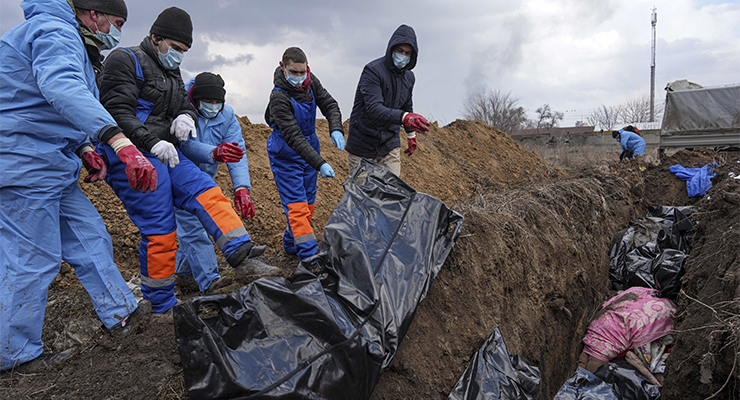 The reasons behind the Russian invasion of Ukraine are complex and messy, but the West sticks stubbornly to the NATO storyline.

The Russia-Ukraine war is heading towards its third week, and was beginning to drop off Australia’s flood-drenched front pages, when the hideous bombing of a maternity hospital in Mariupol (City of Mary) put the war back at the center of discussion. The event will take Western emotions to a new height.

Any critical inquiry around a charged event such as an alleged (and likely true) maternity hospital bombing is liable to be met with increasing anger and impatience. That is especially so because of NATO leaders’ unwillingness to be drawn into the war — even blocking the transfer of fighter jets by NATO members — while our mainstream media simultaneously invoke World War II, and affirm our honor, whatever our actions, or lack thereof.

When the final push on Kyiv begins, this will surely all get much much worse. There seems little chance it will not, with Putin determined not to be defeated by a resistance that, it now seems undeniable, has surprised him and his generals. Surely, it seems, if they had thought the war would go this way, they would have waged the war differently.

Read more about how the media in the West characterizes the war in Ukraine.