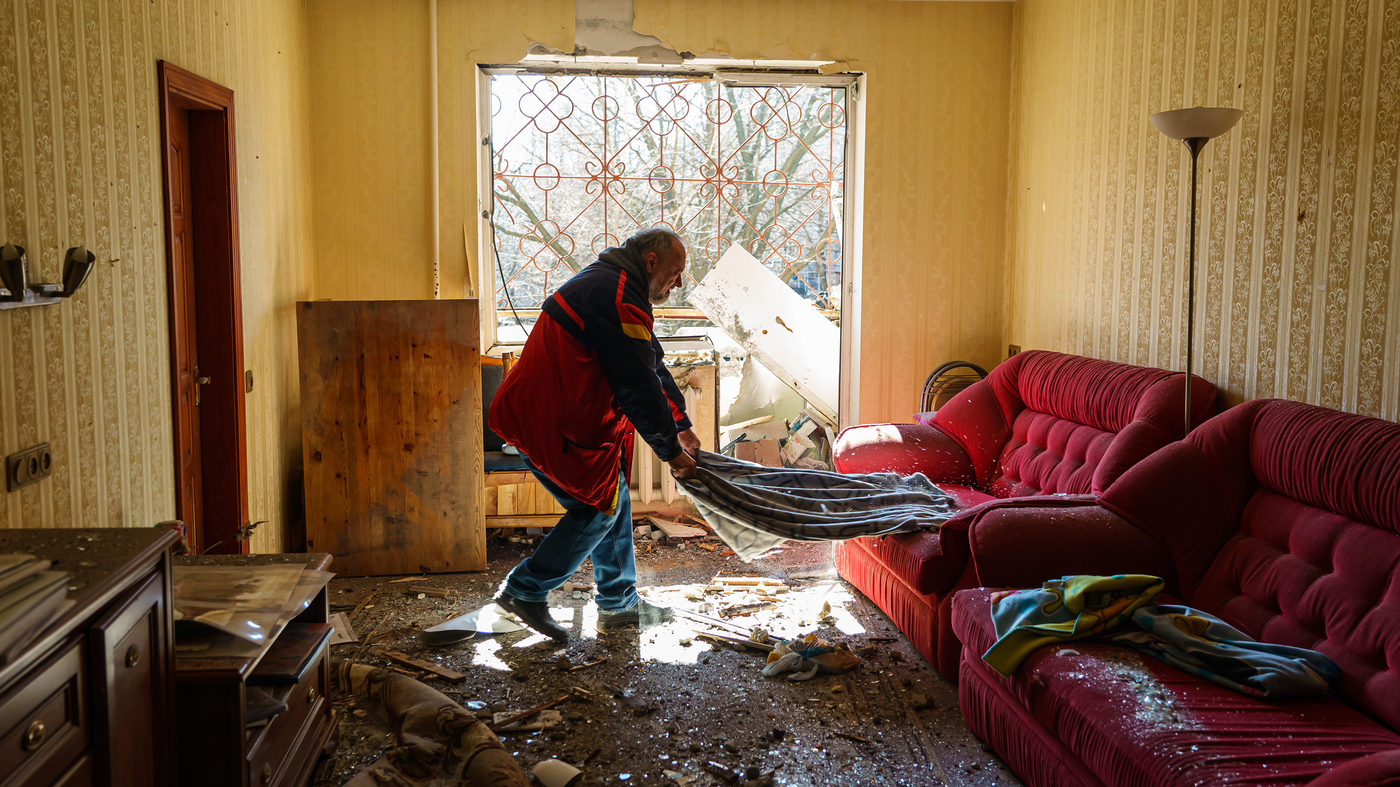 Local residents recover, pack and clean out their homes in a damaged residential building in the Vynogradir district of Kyiv on Tuesday. Authorities said the damage was caused by a Russian bombardment.

Local residents recover, pack and clean out their homes in a damaged residential building in the Vynogradir district of Kyiv on Tuesday. Authorities said the damage was caused by a Russian bombardment.

As Tuesday draws to a close in Kyiv and in Moscow, here are the key developments of the day:

Three European Union prime ministers became the first foreign leaders to travel to Kyiv since Russia’s invasion began. Leaders of Poland, the Czech Republic and Slovenia arrived by train for a meeting with Ukrainian President Volodymyr Zelenskyy, to demonstrate the bloc’s “unequivocal support” for Ukrainian independence. US President Biden will travel to NATO’s headquarters in Brussels on March 24 for a summit on Ukraine.

Kyiv braces for stepped-up bombardments as attacks increase on the city’s residential targets. A senior US defense official says Russian forces have not appreciably advanced on the capital in the past day, but the Kremlin is believed to be “considering their resupply and manning options.”

More than 3 million people have fled Ukraine since the war began, in one of the world’s worst refugee crises, the United Nations says. The number of refugees arriving in Poland — 1.8 million — matches the population of the capital city, Warsaw.

Russian state-TV staffer who interrupted a newscast with an anti-war poster appeared in court. Marina Ovsyannikova was arrested quickly after she burst onto the live set with a sign reading, “No War. … Don’t believe propaganda.” For now, she faces a fine for a charge of organizing an uncoordinated event.

Telegram is the app of choice in the war in Ukraine despite experts’ privacy concerns.

What’s the difference between a “normal” billionaire and a Russian “oligarch”? Here’s the history.

How can Russia’s past military campaigns help us understand what’s next in Ukraine? Hear the conversation.

You can read more news from Tuesday here, as well as more in-depth reporting and daily recaps here. Also, listen and subscribe to NPRs State of Ukraine podcast for updates throughout the day.