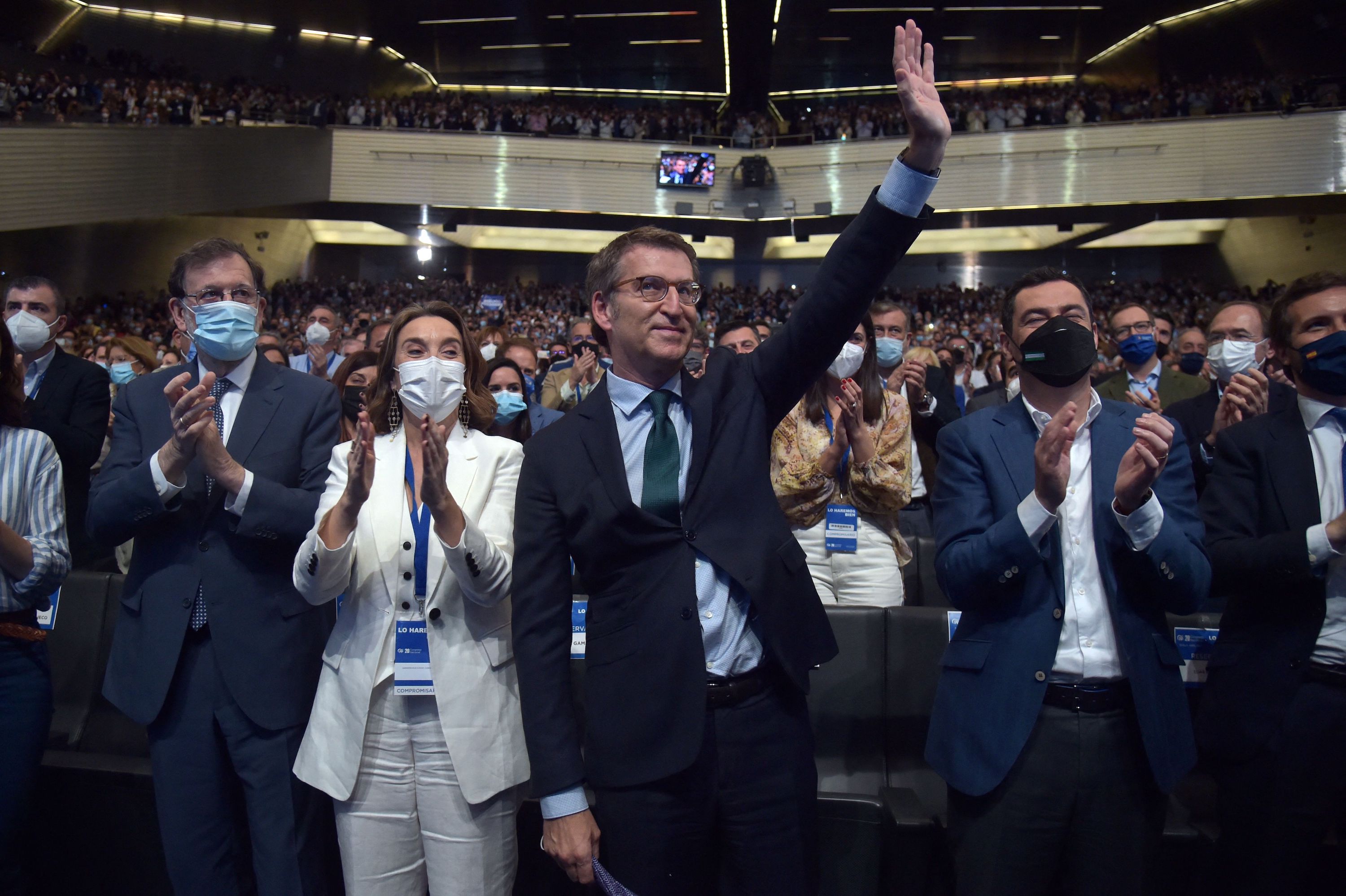 Spain and the US are allies with very different societies and cultures, but they are increasingly similar in at least one respect: in the political arena of each country there is a new and energetic conservative movement ready to take up the fight to reclaim cultural ground that the left has lost in recent years.

And in both countries, this new militant right is pitted against conservatives who are eager to accept the gains of the left and simply pledge to better manage the economy.

Into this landscape has just stepped Alberto Núñez Feijóo, who this month was the anointed leader of the traditional conservative party, the Partido Popular (PP). Most people expect him to be a competent steward of the economy – in fact, the underhanded compliment you always hear from him is that “he is a good manager”– he is a good manager.

Feijóo will have to demonstrate to his critics that he is also willing to engage in a battle of ideas, as squeezing the PP’s heels is another conservative party, Vox, who lustily embraces the cultural battle and is being rewarded for it. The PP and Vox are doing well, at 23 and 19 percent respectively. These numbers are large enough that the two are approaching an absolute parliamentary majority, but small enough that one cannot do without the other.

Such a PP-Vox governing coalition has just been formed in the Castille-Leon region, much to the chagrin of socialists in Madrid and Brussels, who grumble that Vox’s embrace of cultural issues should be kept out of bounds. This will sound familiar to many Americans who heard the same thing during the Trump era. Vox is a party where Senators Mike Lee, Ted Cruz, Tom Cotton and Marco Rubio would feel right at home.

The similarities with the US are no coincidence. The continued rebellion of American parents against critical race theory and gender ideology in schools has inspired many Hispanic parents who want to stop the indoctrination of children that Spain’s far-left imported from America from the 2000s. Glenn Youngkin, who became governor of Virginia after finally embracing a parenting crusade, has fans in Spain.

After traveling the country for 10 days – meeting top leaders and many everyday Spaniards – I heard Youngkin’s name over and over. I had only just returned to Washington when I started receiving emails and WhatsApp messages from people I spoke to about initiatives being taken by parents protect their children†

Enter Feijoo. The long-serving leader of the Galician region launched his bid for the leadership of the PP when the outgoing chief, Pablo Casado, was forced to resign after a much-discussed scrape with the very popular president of the Madrid region, Isabel Díaz Ayuso of the PP. †

The problem is that many fear that Feijóo will shun the battle of ideas and focus on wallet issues. A rainy, Celtic region of misty mountains and valleys that echo the bagpipes, Galicia has a reputation for producing cautious, non-committal people – in a country known for rewarding daring, even if it borders on recklessness.

These are, of course, stereotypes. Spain is a multifaceted place where the matador is just one of many icons, along with the fashion designer and philosopher. Nor are Galicians uniformly vague and evasive.

But it is an inevitable reality that the stereotype is constantly emerging. In late March, a TV commentator said Feijóo should “avoid constantly reminding the country that he is Galician.” To which a fellow panelist shot back at her: “I’m a Galician! What’s wrong with that?” She gave him a knowing smile.

Feijóo, it is feared, may shy away from a “regainagainst draconian gender laws and revisionism on the 1936-39 civil war – an eerie echo of the falsehoods spread in the US by the 1619 project. However, Vox will continue to urge the PP to go on the offensive. Ayuso is also a fighter.

There is a real fear that the EU will intervene in the event of a Conservative victory in next year’s elections, and pressure Feijóo not to form a coalition government with Vox. For example, Brussels could ask the Spanish Socialist Workers Party to abstain from a vote of no confidence that would allow the PP to rule Spain with a minority without Vox. That would be gross meddling in the affairs of a sovereign country, but such meddling is what the EU usually does. It would be another reminder of how lucky the UK was to escape the EU through Brexit.

So the table is set for Feijóo. If he has the moment – and the importance of – values, or values ​​- and walks away after voters give him the chance to form a coalition with Vox, he can destroy the PP forever. It would show Spain that he was not a good manager. And it would be a lesson to American conservatives who avoid cultural battlefields.

Mike Gonzalez is a senior fellow at Heritage’s Allison Center for Foreign Policy and its Angeles T. Arredondo E Pluribus Unum fellow. His most recent book is BLM: The Making of a New Marxist Revolution.

The views expressed in this article are those of the author.