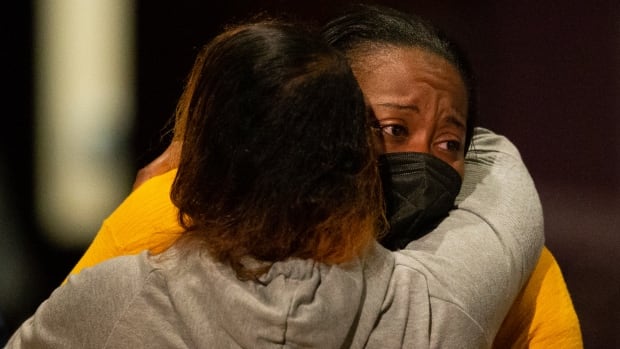 Officials and family members have begun releasing the identities of the 10 people killed in a mass shooting at a Buffalo supermarket on Saturday.

CBC is working to identify victims and make sure their next of kin have been notified before publishing their names.

“He cared about the community. He took care of the store,” said Yvette Mack, who had shopped at the Tops supermarket Saturday before the shooting.

“He did well, you know. He was very nice and respectable.”

Ruth Whitfield, 86, was the mother of retired Buffalo Fire Commissioner Garnell Whitfield, who was seen Saturday at the scene of the shooting, searching for his mother.

Later in the day, she was confirmed as a victim, Buffalo mayor Byron Brown confirmed by relaying to churchgoers a conversation he had with the former firefighter at the scene of the shooting.

“My mother had just gone to my father’s, as she does every day, at the nursing home and stopped at the Tops to do just a few errands. And nobody heard from her,” Garnell Whitfield told the mayor at the time.