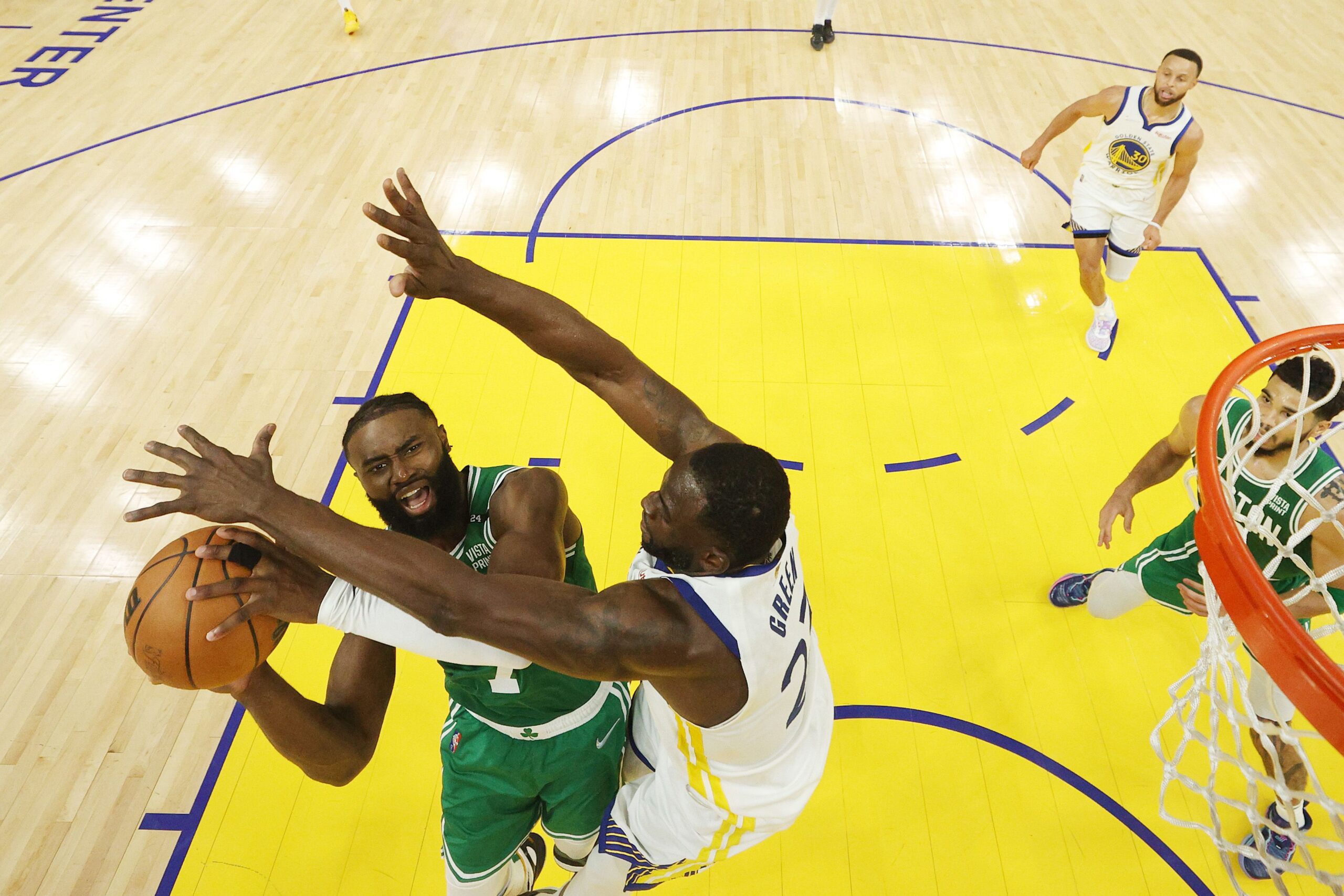 Take a deep breath and then read this next sentence out loud for the full effect:

The Celtics won Game 1 of the NBA Finals on Thursday night with 12 points on the road against the recent three-time champion Golden State Warriors on a night when Jayson Tatum shot 3 of 17.

Whether you sank on the bench after the third quarter ended with the Warriors leading by 12 noon, or just want to relive the magical final frame of the Celtics in which they defeated their suddenly beleaguered opponent 40-16 in the fourth, this morning’s operative question can be reduced to a single word:

The answers to how the Celtics accomplished a staggering shift in momentum and an exciting win in their first Finals game since 2010 are multiple and plentiful.

They should salute the exceptional efforts in the fourth quarter of the likes of Al Horford (11 of his 26 points), Derrick White (two of his five three-pointers and six of his 21 points), and in a sense Tatum, who had four of his career-high 13 assists in a performance in which he never hesitated to make the right play).

But there was one player who, with snappy and aggressive play at the start of the fourth, lightened the game that turned into an inferno of comeback. Tell us who it was, Mr Horford:

“I think for us Jaylen Brown was key,” Horford said from the podium after the game. †[At the] start of the fourth quarter, with the way he came out and played, with his energy and scoring, but even then Rob Williams gets a lob dunk [off a Brown pass]† I just think that was the start of something for us there.”

It was the beginning of something, something special and something that will be remembered for a long time to come if the Celtics are victorious in this series. And it came at a time when it was reasonable to wonder if the Celtics were ready, at least for this night.

The Celtics took a 54-52 lead at halftime, having endured a 21-point first quarter from Steph Curry. But the Warriors came out in the third quarter, beating the Celtics 38-24 and taking a 12-point lead in the fourth.

If at the time your mind was on Game 2 and what the Celtics would have to do to salvage a Chase Center win before the series moves to Boston, hey, you can’t blame it. The Warriors can make you feel like they are inevitable.

But Brown, who shot 66.7 percent of the field during these fourth-quarter playoffs, certainly didn’t think so.

“We Knew They Would Come Out” [aggressive] in the third quarter, and they did. They came out great,” he said. “In those moments, once you realize you’ve made someone do something you didn’t want them to do, once you realize that, you can go either way: you can snowball it or you can move on to the next. piece, sorting things out.”

After shooting 6 of 17 in the first three quarters, he didn’t just make things up – he took over.

By 11 minutes he hit a jumper over Draymond Green. (the Warriors were still leading, 92-82). Then a three-pointer to Jordan Poole’s face, his first goal in six tries from behind the line (92-85). After a Poole turnover, Brown set up Robert Williams III for a thunderous dunk (92-87).

Warriors coach Steve Kerr called time-out, but that didn’t solve anything. Brown picked a faulty Andre Iguodala pass out of the blue and found Payton Pritchard for a quick layup (92-89). Iguodala ended the 9-0 Celtics run with a dunk, but Brown followed that by drilling a corner for 3 (94-92).

The Celtics took charge and command of the game just minutes later, when Horford hit back-to-back 3 pointers to put the Celtics at 109-103 in what would be a 17-0 run. But Brown helped accentuate the win with a handy saucer to Horford for a conventional 3-point game with 48.3 seconds left.

Horford made an effort for the Chase Center crowd, perhaps 10 percent of whom could tell you who Nate Thurmond was, after what would be the Celtics’ last basket of the night. But it was Brown who did the heavy lifting at the start of the quarter to make it all happen.

Brown finished with 24 points – second to the Celtics against Horford’s 26 – in 38 minutes of playing time. Ten of his runs came in the fourth, as did all of his five assists. That second stat is particularly impressive, given that Brown’s play instinct sometimes betrays him when he gets too happy to dribble.

“It’s something he grows and learns about,” said the always blunt Celtics coach Ime Udoka. †[He’s] still learning to play in that crowd and make the right reading every now and then. Early on in the game he had… some turnovers and some hard shots. We showed that at halftime that we don’t have to take it.

†[He] had a great start to the fourth quarter. Since JT struggled a bit, we went to him more. He was extremely aggressive going downhill. The big ones called him in and got the pictures he wanted.’

Brown got the shots he wanted, and he also helped teammates get the shots they wanted. Before the Warriors knew it, they were awash in Celtic make-up after Celtic, the kind of scoring attack they usually deliver rather than endure.

How did the Celtics do it?

Simple: They followed Jaylen Brown’s lead as a deficit turned into a comeback and then a hugely satisfying win.