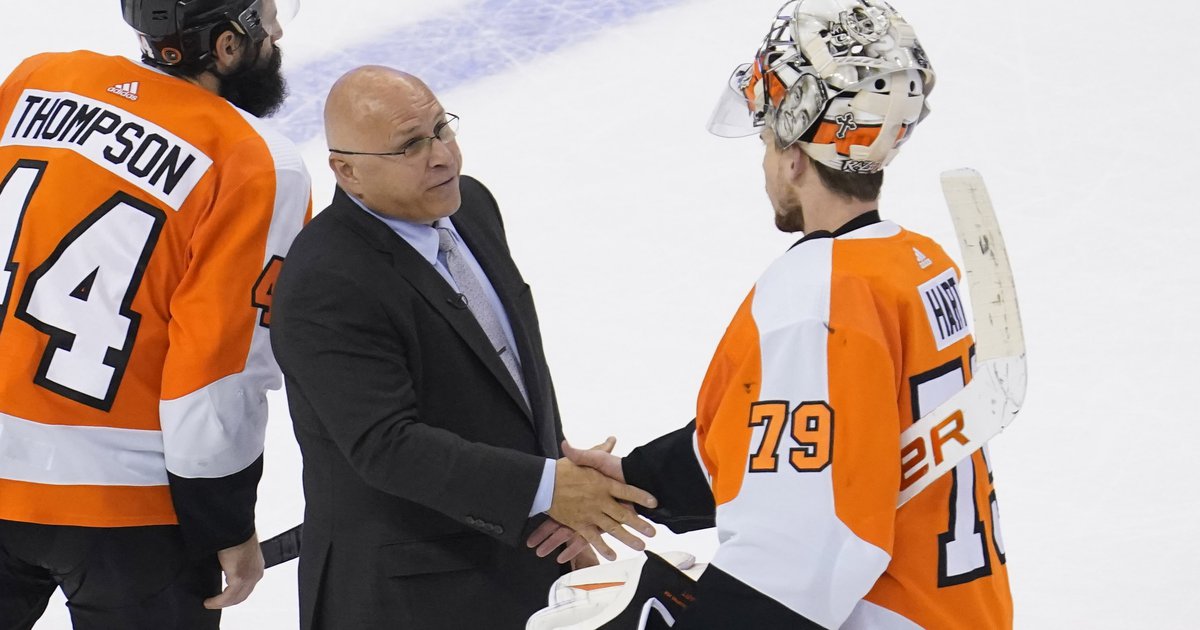 The Flyers may not be in much rush to name their next head coach. Whether that’s a good or bad thing is up to you.

According to an initial report, the Flyers had an interview with Barry Trotz on Friday, but that did not happen. However, a meeting with Trotz will take place this week, Sportsnet’s Jeff Marek confirmed during the Hockey Night broadcast in Canada on Saturday night.

The 59-year-old bank boss became the most coveted coaching candidate on the market after he was shockingly fired by the New York Islanders after a bad season.

He is believed to be close, if not at the top of the Flyers list, but has already been interviewed by his hometown Winnipeg Jets and is reportedly drawing interest from the Vegas Golden Knights and Detroit Red Wings as well.

Trotz has found success at every stop he’s been to, helping the Nashville Predators grow into a respected franchise for the first 15 years, leading the Washington Capitals to their first Stanley Cup in 2018, and then turning the Islanders into a defensive hero who made it to return-to-back conference finals.

The Flyers, Marek said on the broadcast, naturally want to talk to Trotz because of his impressive resume, but also because of his knowledge of the Metropolitan Division from the past eight seasons in Washington and Long Island.

However, there may not be immediate decisions, even if it could end up with the Flyers losing Trotz or another candidate in their trial.

That line of thinking echoes what GM Chuck Fletcher said at his end-of-season press conference, where he explained that the front office wants to be thorough in building their “ideal candidate profile.” Though that probably doesn’t sound too promising to fans when a big name like Trotz is around.

“I think we are aware of the calendar,” Fletcher said earlier this month. “But the most important thing is to get the right coach. Get the right fit and the right chemistry. While it lasts, we’ll take.”

Other names that have been thrown around as potential candidates for the Flyers include John Tortorella (there was some noise about him late Monday), Jim Montgomery, Rick Tocchet, Claude Julien and Paul Maurice.

It is rumored that Trotz also has an interest in management and his next contract, wherever he signs, could include an eventual transition to the front office.

The picture is likely to clear up later this week after the Flyers speak with Trotz, especially if he picks his next spot after that conversation.

Whoever becomes the Flyers’ next coach will adopt a team that, as it is now built, lacks speed and skill and is in dire need of identity and structure.

We’ll see what comes next.