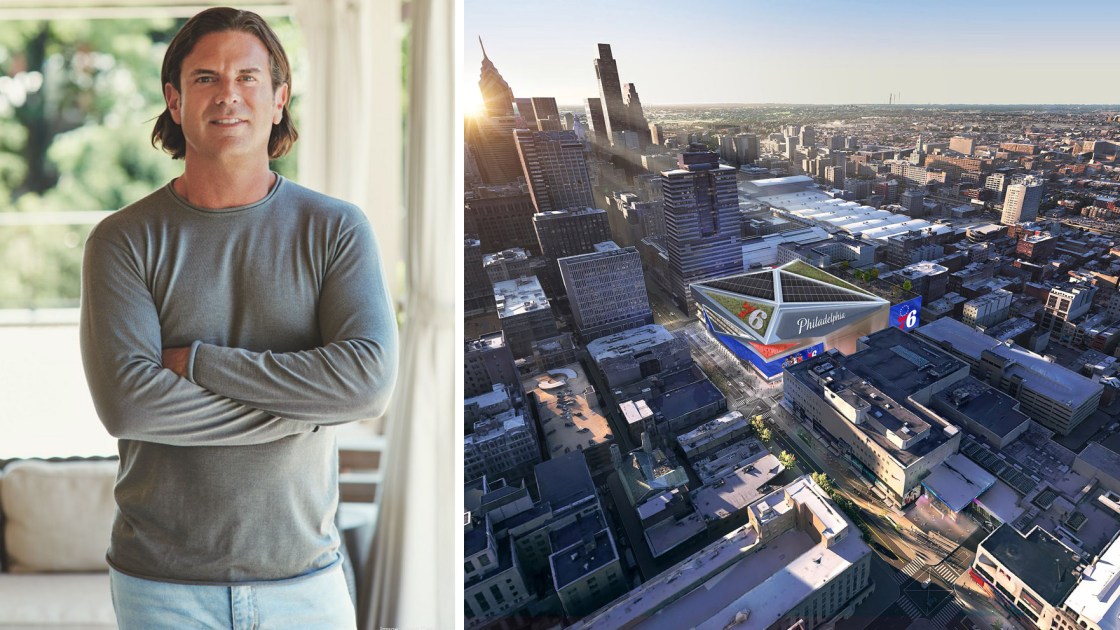 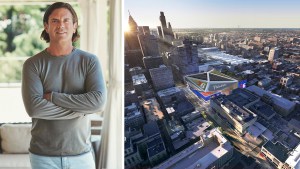 When the Sixers made their plan for a downtown arena public, they also announced the existence of 76 Devcorp. The new development company was formed to advance efforts to bring a stadium to 10th Street and Market Street and is chaired by David Adelman.

Adelman is a longtime player in Philly real estate — as he started when he was a teenager — and he has some connections with the 76ers.

People in the orbit of the University of Pennsylvania probably know him from Campus Apartments, the largest housing company targeting students. Adelman has been CEO of that company for 25 years, but his footprint is even bigger.

Here’s what we know about the man who, when the project is completed, will build the so-called 76 Place on Market East.

Where did he start?

Adelman, 50 years old, was born and raised in Penn Valley, Lower Merion. He is a long-term investor in Philly’s housing stock. How long exactly? He started as a teenager, the story goes, when he gave $2,000 of his bar mitzvah money to developer Alan Horwitz to invest in a property on 45th and Pine Streets.

Horwitz, a family friend who mentored the young Adelman, is the founder of Campus Apartments. The company started in the late 1950s to cater to Penn students, but has expanded across the country.

Many Philadelphians already know Horwitz, whether they realize it or not, as the 76ers Sixth Man, a floor fanatic who is basically to Wells Fargo Center what Spike Lee is to Madison Square Garden, minus the director’s pedigree.

Adelman succeeded Horwitz as CEO of Campus Apartments in 1997 and grew from there.

The grandson of a Holocaust survivor, he is a past president of the Philadelphia Holocaust Foundation. He also sits on several other boards, including the Jewish Federation of Greater Philadelphia, the University City District, Penn Medicine and the USC Shoah Foundation, according to his online bios.

What possessions does he have now, and how rich is he?

Adelman has said that real estate is his favorite investment, but that hasn’t stopped him from pursuing other ventures.

He is vice chairman of asset management firm FS Investments, aka Franklin Square Capital Partners, which he co-founded in 2007 and is known for pioneering investing through business development companies. Adelman also founded Darco Capital, a venture capital firm that has invested in GoPuff, the 76ers Innovation Lab and Premier League club Crystal Palace.

Campus Apartments, where it all started and where he still serves as CEO, has more than $1.5 billion in assets under management in 18 states and more than 50 universities and colleges, according to the website.

Among his various holdings — the most profitable of which is reportedly FS Investments, with $25 billion in assets — Insider estimates Adelman has a personal net worth of about $1.6 billion.

What is his role in the University City District?

Adelman helped establish the University City District, a special services district that transformed the part of West Philadelphia around Penn and Drexel. Today he is the vice-chairman of the UCD board.

In a factsheet published when the group first started in 1997, a Penn official described the UCD as a community revitalization partnership “by local property owners and other stakeholders to develop a cleaning, security and other services program.” and implement”, which “serves as an advocate for better city services.”

In Philadelphia, business improvement districts are funded by a fee or tax for property owners or businesses in the area to provide services to the immediate environment. Adelman was initially the largest private sector benefactor in the district, according to a profile in Multifamily Executive magazine, contributing half a million dollars over a decade.

Twenty-five years after its founding, the UCD hosts events like the Baltimore Avenue Dollar Stroll, hosts pop-ups like The Porch on 30th Street, maintains a police force, runs the LUCY shuttle, and cleans up neighborhood trash and litter. The UCD has also been cited as a factor in the area’s long, unrelenting gentrification.

In a video celebrating the UCD’s 20th anniversary, Adelman said that “we’ve come to a point where we can really focus on the positive” in West Philly, increasing the district’s impact on the city. .

That one time he was taken to court

Penn students have struggled with Campus Apartments management over the years, as reported by The Daily Pennsylvanian, due to lax maintenance and other complaints.

In 2013, six students filed suit over a Penn property that managed Campus Apartments. They cited “utterly reprehensible circumstances,” including mold, rodents and a bathroom ceiling collapse, which Campus Apartments originally claimed was the tenant’s fault, the result of a faulty toilet.

The case ended in an undisclosed settlement.

He is, in fact, the lead point in building the Center City arena.

When Sixers’ managing partners, Josh Harris and David Blitzer, announced their plan to establish 76 Place atop a block of Philadelphia’s Fashion District, they said Adelman was “given a mandate to find, design, and develop a destination.” serving as a world-class arena facility”. .”

Adelman will work on the project with Mosaic Development Partners, a local black-owned company. He has emphasized the importance of “aggressive diversity hiring targets,” saying “there is no better place to build an arena in Philadelphia than Center City,” praising the transit access to the site and surrounding businesses. who would benefit from this.

Some community members in Chinatown, located next to the proposed site, are skeptical of these promises. They fear the arena could lead to more traffic congestion and a spike in property values.

“We view the 76ers’ proposed arena a stone’s throw from our beloved neighborhood as a threat to the survival of Chinatown,” Debbie Wei, founder of Asian Americans United, wrote in WHYY’s PlanPhilly. “What the 76ers, Adelman, and the billionaires and city officials who came before them fail to recognize is that Chinatown will fight for its survival.”

Adelman told The Inquirer that the Sixers’ arena “will not move one business or resident” in Chinatown. He also said the project’s recent expansion to include the Greyhound Bus Terminal site on Filbert Street could actually reduce traffic in the area.

“I think now that we’ve had the big reveal, we need to show people that we’re real,” Adelman told Forbes of the 76 Place project. He has sworn it will not accept government subsidies.

After engagement and design commence, demolition is expected to begin in 2026, with construction in 2028 to open an arena in September 2031.