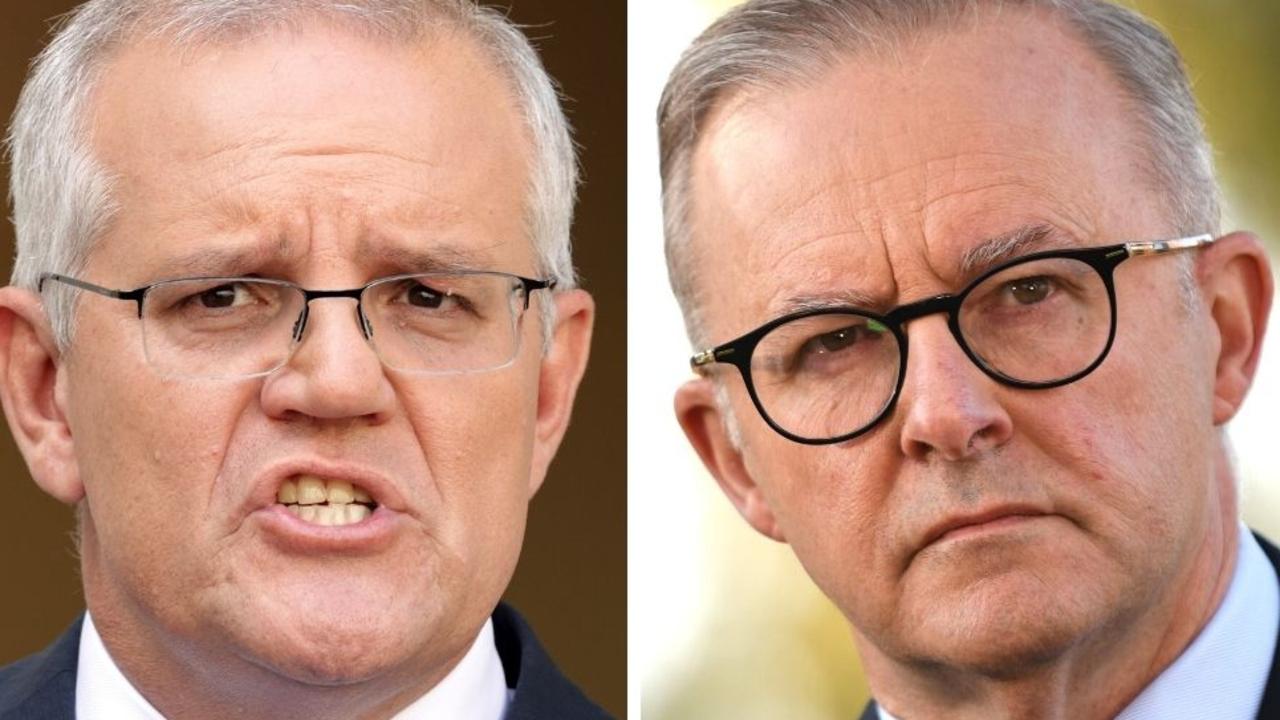 Viewers of the second leader’s debate have been frustrated and confused after waiting for Nine’s panel to declare a winner.

Viewers of the second election campaign leadership debate have been left frustrated and unsuccessful after Nine’s two-hour broadcast failed to announce a winner.

Citing a poll of 19,000 viewers conducted via Nine’s website, Abo initially declared Prime Minister Scott Morrison the winner with 52 percent of the vote, and 48 percent supported the move by opposition leader Anthony Albanese.

The panel discussed the results, which they described as “not surprising”, while referring to Mr Morrison’s “superiority” as a debater, before changing the results minutes later.

“We do have some important news,” said Abo. “More than 30,000 votes have come in and it has now shifted. Anthony Albanese is now at 51 percent and Scott Morrison at 49 percent.

“The numbers are coming in and climbing, people are holding on to the QR code and it’s reversed.”

The result was short-lived, however, only minutes passed before the debate was declared a “dead heat” before the broadcast ended abruptly.

“I just let the numbers trickle in again and it’s a dead heat now,” said Abo.

Viewers were left frustrated and confused.

The confusing announcements came after viewers were already frustrated with technical issues that compromised their ability to have their say online.

Viewers were encouraged to scan a QR code to vote for the debate, but many were unable to answer questions such as who they would vote for, which party they thought would win and who would be a better prime minister.

Some who clicked through the QR code were greeted with a message that read, “We are experiencing a lot of traffic at the moment. Please bear with us and you will have a chance to voice your opinion”, while others entered their answers but received an error message got.

Abo voiced the issue several times on the broadcast, asking the audience “please wait,” and later on the program tried to put a positive spin on the issue by saying, “it shows the audience is engaged and we thank you for that. Keep trying, ’cause you’ll get through it.”

Prior to the disappointing statement, Abo revealed the results of an online poll held amid the heated debate that asked for 50,000 votes on the question “Who do you think would make the better prime minister?” Mr Albanese came forward with 49 percent. compared to 45 percent for Mr Morrison and 6 percent who said they were undecided.

Policy issues aside – and Mr Morrison’s accusations that the Labor Party lacked policy – much of the debate was about character and whether both candidates were trustworthy and fair.

Uhlmann got straight to the point when he asked, “Scott Morrison, you say people know you and they obviously do, so why don’t they trust you?”

After a gaffe-prone run as prime minister with missteps ranging from vacationing in Hawaii during the devastating wildfires of 2019 to suggesting it was a triumph that protesters were not “returned with bullets” during the Justice Department’s March 4 meeting outside the parliament building. , Mr. Morrison defended his past listing.

“People would disagree with a lot of things I did and would have a different view of how things could have been run,” the prime minister said.

“So I can understand the pain and the feelings that people have had coming from a time like this. That can make them feel bad about the government and bad about their leaders, as we’ve seen in many places around the world, so I get that.

“What I do say to those Australians is that you’ve seen what we’ve achieved together, we have one of the lowest unemployment rates this country has ever seen.”

Crowe went on to say that the Labor Party campaign had focused on the fact that this sentiment existed.

“As they would say, it is the people who know you best, Barnaby Joyce, Gladys Berejiklian and even Emmanuel Macron, who have questioned your honesty,” he said.

Knight turned the tables on Mr Albanese and said: “Mr Albanese, you have been in the public eye in Parliament for nearly three decades now, but many people still say they do not know you and what you stand for. for.

“Has making yourself a small target in this campaign backfired?”

Mr Albanese replied: “I think Australians know what I stand for. I’ve had the same values ​​all my life. The values ​​of supporting a fair day pay for a job.

“The values ​​of supporting essential universal services, like Medicare, supporting universal retirement, now we want to expand that.”

Shouldn’t a leader unite and not divide?

Pointing at Mr Morrison, Knight asked: Deb Knight asked, “The hard truth is that a lot of people don’t like you and Chris refers to the comments of those on your own side, ‘hypocritical’, ‘liar’ and ‘terrible’ person”, Shouldn’t a leader unite and divide?”

Mr Morrison replied: “I am the first Prime Minister to face an election, having been first elected three years ago.

“When I became prime minister, our party had to be united and that’s what I did. “We have not seen the revolving door under my leadership.

Hostess Sarah Abo said: “The truth is that voters are disappointed. Neither of you are happy with either of you as a choice for prime ministers.

“We know that over a quarter of voters are undecided, and you’ve been campaigning for four weeks, haven’t you convinced them that you’re the one who should be re-elected?” host Sarah Abo said.

“You’re right, there is a choice in elections – (elections) are a choice. It’s a choice, not whether you like someone or not, it’s a choice about who you think has the economic plan and the strength to lead the country at a time almost unprecedented in the time of World War II and the Great Depression,” said Scott Morrison.

Abo posed the same question to Mr Albanese, asking, “Do you think you’ve done enough in the four weeks you’ve been campaigning?”

“To return to your original question, Australians are disillusioned with the political system,” he said. “We all need to do better. It’s one of the reasons we need a National Anti-Corruption Commission to restore faith.

“We have a series of plans for cheaper childcare, safer work, to tackle climate change as the opportunity it is, a series of policies that we will continue to propose and the Australian people will decide.

“From tomorrow. Our democracy is precious and we need to evaluate. We need to make sure Australians have confidence in it and so we need to do everything we can to create institutions and structures that reinforce that confidence in our political system.”