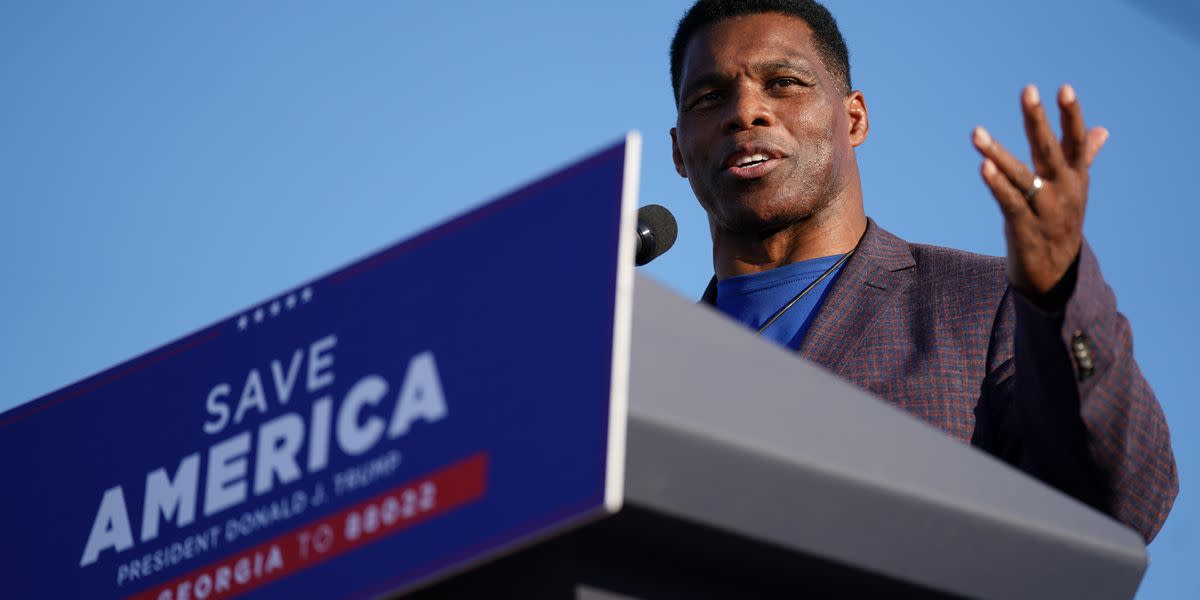 “At one time, science said man came from apes, did it not? … If that’s true, why are there still apes? Think about it,” Herschel said in an appearance at Sugar Hill Church in Georgia on Sunday.

“Now you’re getting too smart for us, Herschel,” lead pastor Chuck Allen responded.

Walker is currently the front-runner in the GOP contest to challenge Sen. Raphael Warnock (D-Ga.) in November. He’s a former NFL star who has the endorsement of former President Donald Trump, and he’s outspoken about his Christian faith.

Walker is hardly the first GOP candidate who has run for office questioning evolution.

Humans did not evolve from the apes that you see at the zoo. Rather, humans and apes have a common (and now extinct) ancestor that lived roughly 10 million years ago. Technically, all humans are apes, but that doesn’t mean that chimpanzees are one step away from becoming people. Walker’s summary of evolution is incorrect, and there’s nothing incompatible about humans coexisting with other apes.

Evolution and Christianity also aren’t necessarily at odds, and a number of prominent Christians have said it is possible to believe in both God and the science of evolution.

The Walker campaign didn’t respond to a request for additional comment.

“They’re still trying to do that, but they can’t, because there has to be a God,” he said.

Science has, of course, made remarkable progress over the years in assisting people trying to have children, with methods like in vitro fertilization.

Walker remains the front-runner in the race despite facing domestic violence allegations.

In their divorce proceedings, his ex-wife alleged that he displayed “physically abusive and threatening behavior” during their marriage. In one instance, she said, he pointed a gun at her head and said, “I’m going to blow your … brains out.”

Two other women have also claimed that Walker threatened them.

In a December interview with Axios, Walker said he has struggled with mental health issues and is “accountable” for his past actions, without going into specifics about his behavior toward his ex-wife.

This article originally appeared on HuffPost and has been updated.