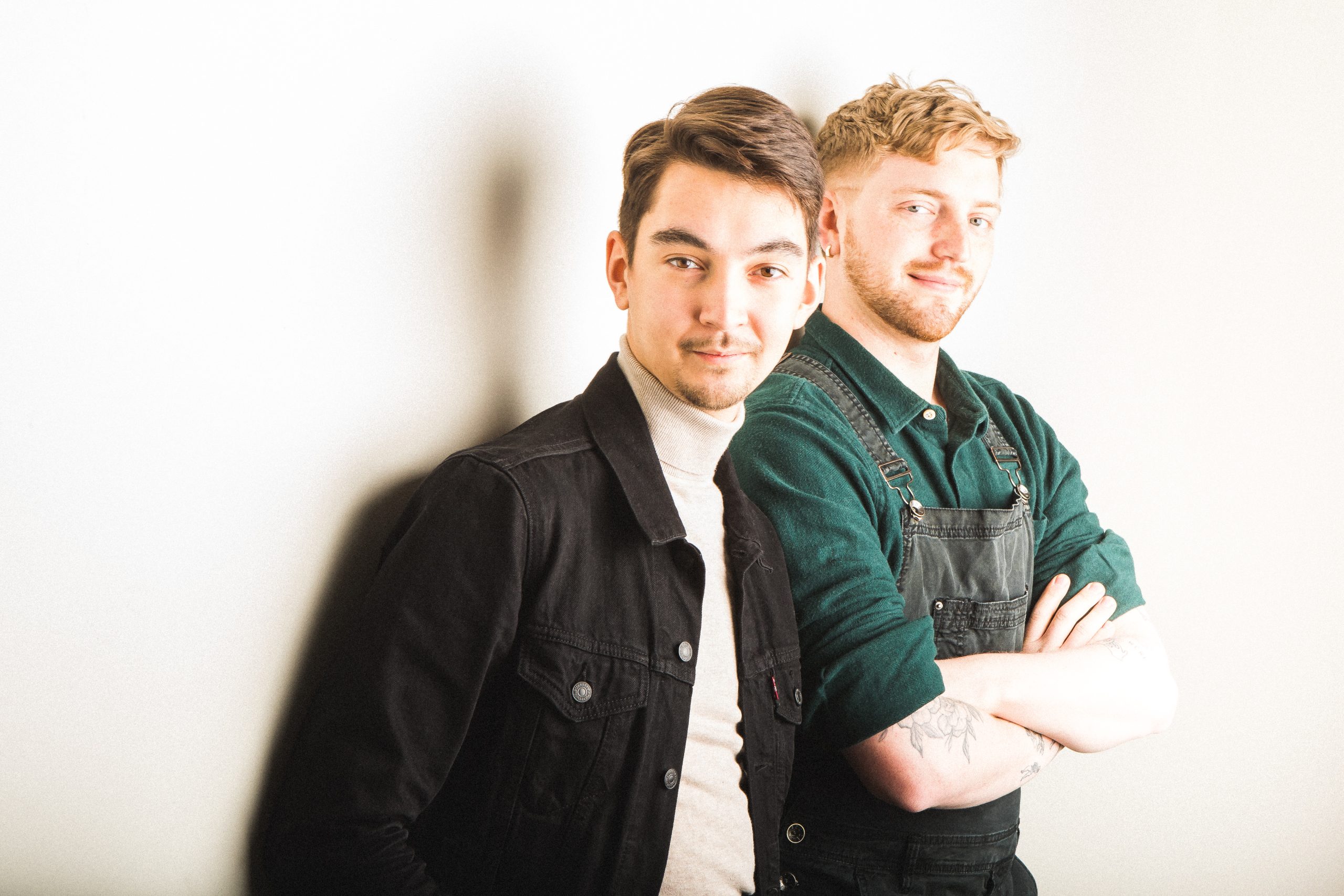 Those of us who have been kicking around Chicago theater for more than a couple of decades fondly remember Scenes, the Lakeview theatre-focused bookstore and cafe that provided a Clark Street hangout for all the companies producing in storefronts around the neighborhood (and their audiences) , as well as a source (in those pre-Internet days) for scripts and other theatre-related books.

For a while, Scenes, which opened in February 1987, was the first of two theater bookstores in Chicago: Act 1 Bookstore on Lincoln (which was originally located in the basement of the Apollo Theater), owned by Rick Levine, was also a reliable go-to for classic and contemporary dramatic literature (though Act 1 didn’t serve delicious scones alongside the scripts). Scenes closed in late 1996; Act 1 was bought by new owners, renamed Soliloquy, and kept running for a while in a new location in Lakeview before shuttering for good, like so many other indie bookstores, in the first decade of this century.

From time to time, I’ve heard theater people wax nostalgic about Scenes, even as venues like Steppenwolf and the Den have provided more in-house bars and cafes. For the past several years, the Trellis at the Greenhouse Theater Center has offered a selection of used theater books (though as noted both by the website and in an email from Greenhouse president and CEO William Spatz, the long shutdown from COVID-19 meant that they had stopped taking donations). But that was it as far as a local brick-and-mortar home dedicated to theater literature.

One could well ask, “Where is the equivalent of New York’s Drama Book Shop—and do we need our own Lin-Manuel Miranda to make that happen?” (Miranda took some of his Hamilton Benjamins to buy and relocate the venerable Manhattan bookstore when rising rents threatened to shutter it permanently.)

Turns out, we just need a couple of recent DePaul Theater School grads who are on turning their shared vision into a reality.

Adam Todd Crawford and Danny Fender announced earlier this week that they’re planning on opening The Understudy Coffee and Books (not to be confused with the onetime storefront, the Understudy, that housed Underscore Theater Company; the latter gave up their Uptown space during the COVID shutdown).

Located at 5531 North Clark in a space that last housed a Chase Bank outlet and has been vacant since 2017, the new venture will be designed by Chicago firm Siren Betty (known for designing Publishing House Bed and Breakfast in the West Loop, Segnatore in Humboldt Park, and Claudia in Bucktown) and architect Keefer Dunn. If all goes well with permits and construction, the Understudy will be ready for opening night in August. It will feature products from the West Loop’s Metric Coffee and the Coffee & Tea Exchange, and baked goods from local outlets as well.

But more importantly, the proprietors hope that it will provide something that has been badly missing for people in and out of Chicago theater in the last two years of the pandemic: a place to gather, relax, and share community.

Crawford says, “We both went to DePaul and when I was an acting student there, it was just something I thought about a lot. Because you can go to Unabridged or any of the other indie bookstores here in Chicago, but reasonably, they have a pretty small [theater] selection. That’s always a need as an acting student—to go and find new material. It had to have been written in the last ten years, and I needed to find something queer for me. So I wished that there was a broader, deeper resource out there for me to go and visit.

“And then I think during the pandemic, like a lot of people, we both kind of reevaluated how we wanted to relate to this community and also this career field. We just wanted to think about it in a different way. I graduated in 2020, so I graduated on YouTube basically directly into an industry on pause, and Danny is a freelance stage manager. So we were kind of used to not seeing each other. And that was part of the thought process. But we realized that we just wish that there was a place in the community for people to gather and to come together and to nerd out.”

Fender adds, “Of course we are also just so completely enamored with Chicago theater and just love the range of talent that exists in this town. There was Scenes back in the day. Chicago has had a theater bookstore before, so we’re by no means the first, but it’s been a long time since we’ve had one. And New York has the Drama Book Shop. When we were creating this idea, we didn’t want to be a direct carbon copy of the Drama Book Shop. Because I think the Drama Book Shop reflects the New York theater scene and the type of community they have.

“And I think Chicago has a very special community in and of itself. We really wanted this space to be a reflection of that, a place where people could get a cup of coffee and a cup of tea, gather and speak with one another. Maybe talking about, you know, this play that came out or, ‘Here’s this table that’s curated specifically with Chicago playwrights.’ A place for people to meet together, to talk about ideas.”

I reached out to Jamie Asch, the founder of Scenes, about his memories of running a theater bookstore and cafe. In an email, Asch notes that Scenes was not only the first theater bookstore in Chicago: “It was also one of the first of the new wave of coffee houses opening in Chicago and nationwide at the time. We started serving cappuccinos and lattes when most Chicagoans had never heard of them. We were lucky to gain popularity and notoriety quickly. It was often the first stop for the beginner theater artist and was frequented by many established ones. It was also a gathering place for the wide mix of people in the Lakeview neighborhood of the 80s and 90s. We hosted readings, meetings, music, performances, and signings.”

Public events are also a big part of the picture for the Understudy.

Crawford says, “I think we want to open up the space as much as possible and offer it to various theater companies who want to expand upon their event season. If they’re putting up one play by a playwright, they could do a staged reading with us of an earlier play. I would love to do panels with playwrights or scenic designers on fun niche topics. I’ve said I want to do one with casting directors on ‘The Advice I Take Back’—things that they used to give as advice to actors that they now have changed their mind on, or is no longer true, especially in the context or after the pandemic.” With Fender’s background in stage management, the technical side of theater should also be well represented.

But both men emphasize that they are also looking to create a haven for the entire community, not just theater nerds. Says Fender, “I think one of the reasons that we picked the name the Understudy is that we want to create a space that honors the point of view that an understudy has. It’s somebody who is not in it for fame or for financial success. They’re in it because they love what they do. They love the people that they work with and they love the process of everything. And so being able to create a space where people can get curious about that process, whether or not they’re part of it on a day-to-day basis, to be passionate about something and share with people from all different fields, that’s the goal.”

That too hearkens back to Scenes. “Our objective was to create an environment that was comfortable and stimulating, and in the tradition of the coffee houses of the Enlightenment, a place for the exchange of ideas and discussion of issues of the day,” notes Asch. “It attracted creative and interesting customers and also wonderful long-serving staff members who became part of its personality. Many were there for much of the ten-year run. I believe it had a positive impact on people’s lives, and I know it is remembered fondly and still missed. Enduring friendships, new ventures, and even marriages were begun over a coffee and scone. Personally, it was a labor of love and is a cherished memory. My advice to the owners of Understudy† serve great coffee, work hard, hire good people, pay close attention, and be who you are. I wish them the best and look forward to coming in to browse their shelves and have a coffee.”

†Tis the season for season announcements

Last year at this time, with the COVID vaccine just taking off, the announcements from theaters around Chicago were still sparse and tentative. Though the pandemic is by no means over, local companies are beginning to fill my in-box with full production schedules for 2022/23.

Goodman’s season is the last to be planned by outgoing artistic director Robert Falls. Five women playwrights who have been seen frequently on the Goodman stage return. Two are bringing in work that’s already been seen in New York: Lynn Nottage with her truck-stop comedy Clyde’s (set like her more sobering play, sweatin Reading, Pennsylvania) and Lydia R. Diamond with Toni Stone, which dramatizes the career of Marcenia Lyle “Toni” Stone, the first woman to play in the Negro Leagues. There are also world premieres by Christina Anderson (How to Catch Creation), whose the ripple, the wave that carried me home examines “protest, legacy, and reconciliation”; by longtime Goodman artistic associate Rebecca Gilman, whose Swing State looks at polarized politics in the heartland; and by Dael Orlandersmith and Antonio Edwards Suarez, whose Antonio’s Song / I Was Dreaming of a Son traces the “poetic journey of a dancer/artist/father questioning the balance of his passions—art, culture, family.”

Falls will return to Chekhov with a production of The Cherry Orchard next spring, and Layalina by Martin Yousif Zebari, which was presented last year as part of Goodman’s developmental New Stages Festival, gets a full production. In place of the previously announced musical version of SE Hinton’s The Outsiders (canceled due to “other artistic commitments”), the Goodman will produce a 30th-anniversary production of Des McAnuff and Pete Townshend’s The Who’s Tommy†

And yes, they’re doing A Christmas Carol† God bless us, everyone.