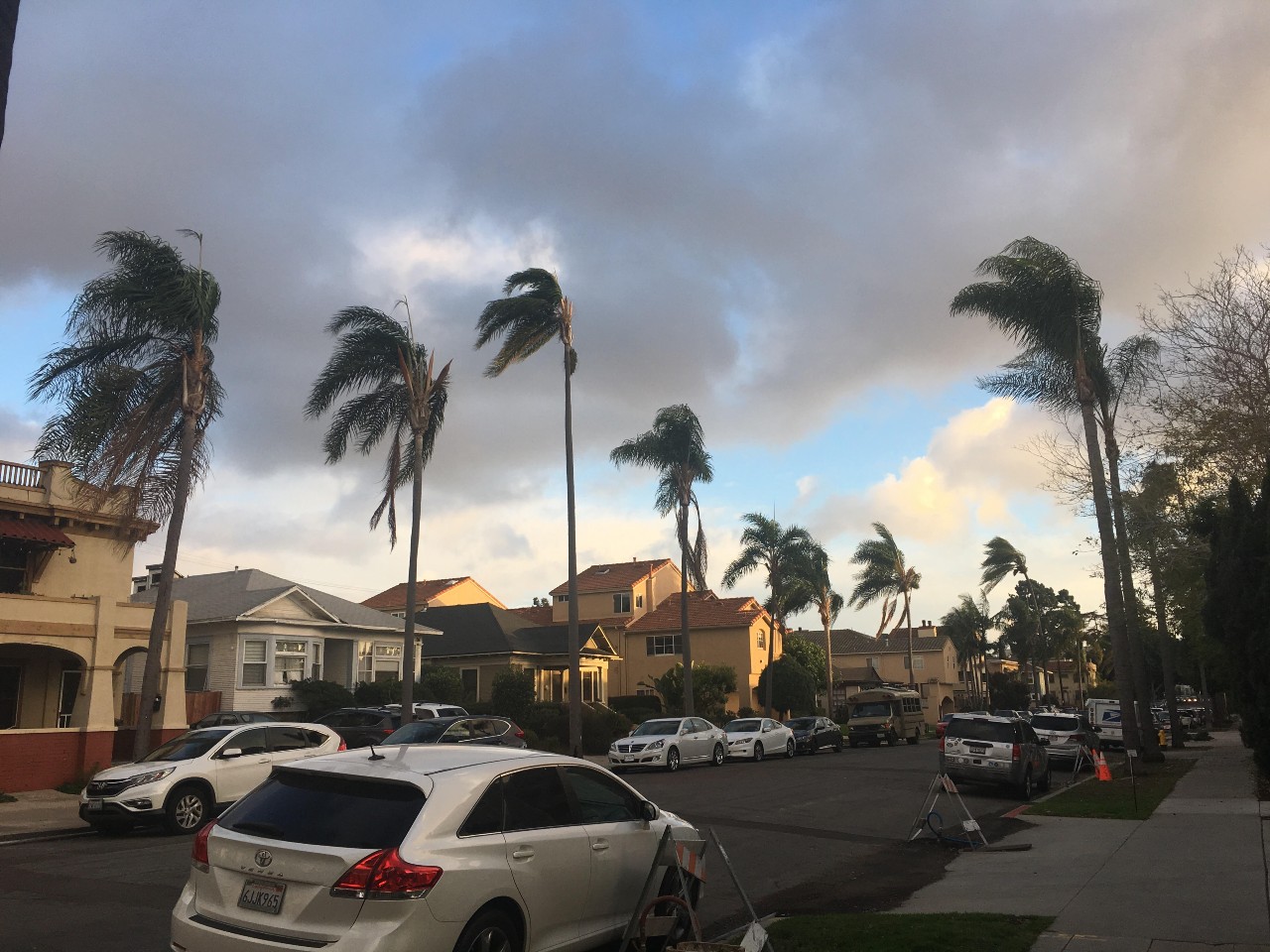 Winds were forecast to turn ashore in San Diego County Sunday, leading to windy conditions in the mountains and deserts and a slight cooling for areas west of the mountains, though the deserts could remain hot, the National Weather said. Service.

Low clouds and fog covered coastal waters Sunday morning, with some coastal areas obscured. This was the result of a coastal vortex spinning about 30 miles offshore, the NWS said.

Winds may increase over the mountains and desert slopes Sunday afternoon, with peak gusts Sunday evening through early Monday morning and highest gusts of 35 to 80 mph over wind sensitive passes.

High temperatures are forecast to reach 77 degrees along the coast on Sunday, 86 in the western valleys, 91 near the foothills, 91 in the mountains and 110 in the deserts, according to the weather bureau.

A pattern change late this week could lead to noticeable cooling and strong winds over the mountains and deserts, and a very deep sea layer.

Light fog was expected over coastal waters Sunday morning with visibility of one nautical mile or less. Some can linger into the afternoon hours.

There will be a total lunar eclipse Sunday evening, but low clouds and fog can obscure the moon along beaches and five miles inland. Elsewhere, a few thin high clouds should not affect visibility.