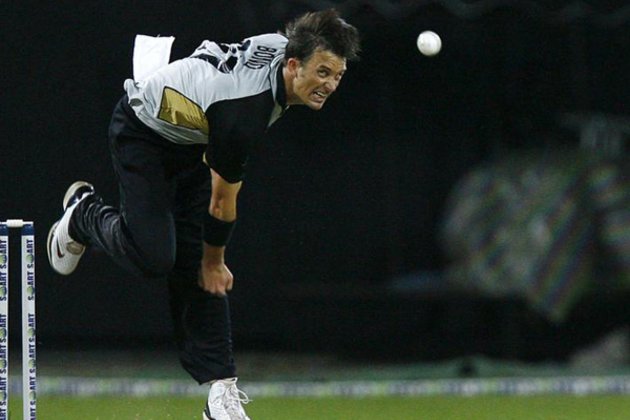 “Congratulations, Shane Bond! 100 international appearances, 259 wickets. His average of 21.37 is the best of any New Zealand bowler who has at least 20 wickets!” tweeted ICC on their official account.

“The name is Bond…birthday boy Bond!” “Paltan, join us in wishing our bowling coach Shane Bond a very happy birthday!” MI tweeted on their official account.

The Christchurch native only made 120 appearances for New Zealand, but his influence on the game has left him in the category of brilliant cricketers.

He scalped 259 wickets in his nearly 10-year international career that ended in 2010 after the completion of the 2010 T20 World Cup. Bond had said he was unwilling to compromise on his own standards to extend his career.

6/23, was Bond’s best ever spell against Australia in CWC 2003, where he took out the entire top order and helped his team win.

Bond is the 4th fastest bowler to take 100 ODI wickets and currently leads the talented group of bowlers at the 5-time IPL champion Mumbai Indians. (ANI)