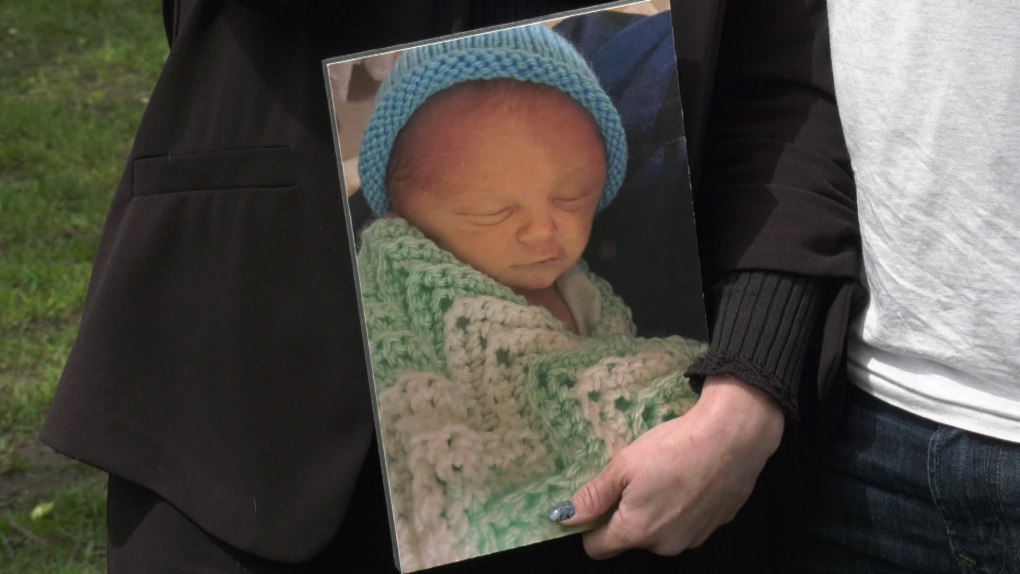 Dozens gathered in Vancouver on Saturday for the inaugural “Mothers for Justice Memorial Walk.”

Many of those in attendance have lost loved ones and claimed the deaths were due to medical negligence. Now they are channeling their grief into calls for justice and a campaign for change.

Emilie Negahban, who tragically lost her newborn baby just hours after giving birth in February, was among those gathered.

“This could happen to someone else. And this will continue to happen to other mothers, other parents, other children — until a change is made to our law,” she said.

“It’s actually a shame that BC has the worst wrongful death laws in Canada and it just doesn’t seem to be a government priority,” she said, adding that the last two years without her daughter have been extremely difficult to bear.

“It’s been an emotional rollercoaster. It adds to the trauma and the short message of knowing there are no answers. There is no responsibility,” Forry continued.

Bianca Gilbert shed many tears while holding a photo of Natasha in honor of her best friend.

“It’s like a wound that never really heals,” she cried.

“Natasha was my confidante. I could talk to her about anything. And so it really becomes clearer that she’s gone if I don’t have my person to talk to,” she continued.

Don Renaud, a lawyer who specializes in birth and personal injury, said families facing these difficulties in the county have few legal options.

“You have a lot of families who are grieving a lot, yes, but it’s compounded by the injustice of not being able to hold wrongdoers accountable,” he said.

He said cases like Negahban and Forry’s are common – he has to deal with a new one every month.

Renaud said that while families can try to sue for wrongful death, many do not meet the requirements for fair compensation.

†[The province] needs a Wrongful Death Accountability Act. They must restore the wills, estate and succession law, which prohibits actions for so-called “non-monetary” damages. They should give people the right to go to court,” he explained.

The BC Wrongful Death Law Reform Society has been pushing for these changes for decades, saying that if the change doesn’t happen now, it will only be a matter of time before there’s another wrongful death — and another family reeling.