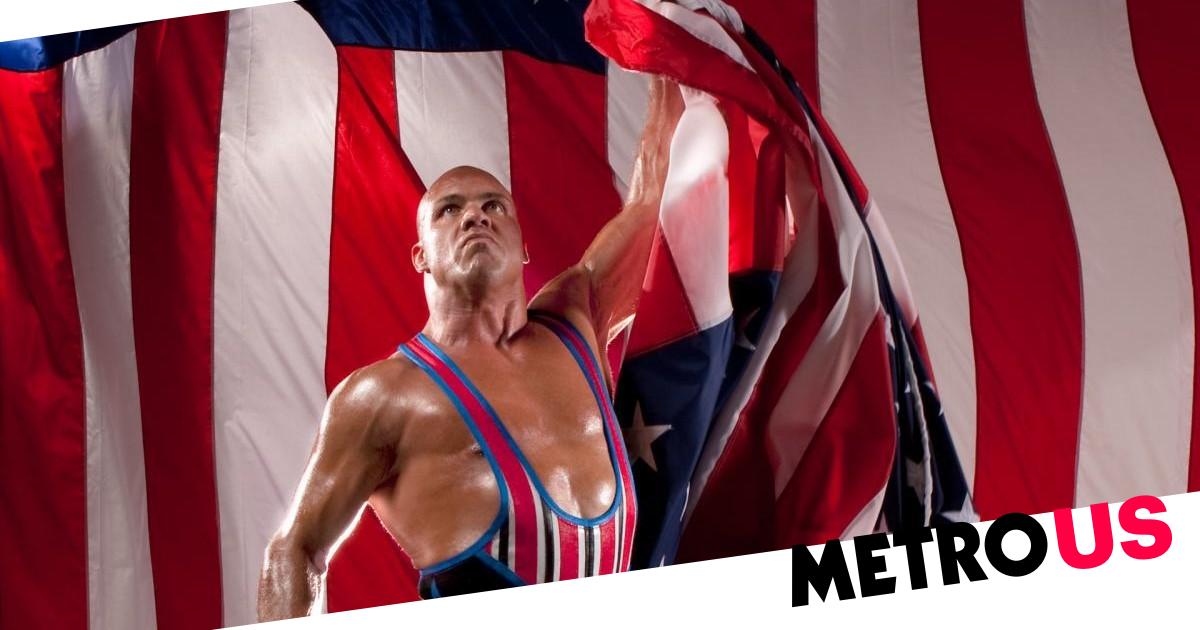 The 53-year-old legend – whose last match was a losing effort against Baron Corbin at WrestleMania 35 in 2019 – revealed he will be stuck in a wheelchair as he recovers from the operation.

Joking he’d become the ‘bionic’ man, he said: ‘I’m having my knees replaced next month. Both of them at the same time, I’m getting it over with… I’ll be [in] a wheelchair or a walker.’

And despite the surgery, the Olympic Hero – who was talking on his own Kurt Angle Show podcast – insisted he will still be sticking to his professional commitments when it comes to recording the programme.

The former world champion had been poised for a WWE comeback earlier this year, having being released by Vince McMahon’s company early in the pandemic, but those plans were suddenly axed.

Back in February, he explained: ‘I went to the Royal Rumble. The WWE wanted me to do a short program that they ended up canceling it at the last second.

But we went to the Rumble [and] my wife and I, we saw Kim Orton – my wife’s best friend. We had a great time.’

The Olympic Hero – who won a gold medal for the United States at the 1996 Olympic Games – revealed he still did some work for WWE while he was in town for the premium live event on January 29, but other plans fell through.

‘We went to the Rumble and I also did some documentary interviews a day before [and] a photo op with the fans,’ he explained.

‘But I want to make it clear, I’m not signed with the WWE. They weren’t gonna sign me anyway. It was going to be a three week program. It got canceled, but you know my obligation is to the show — the Kurt Angle Show – and that’s it.’

His comments came days after it was revealed he had been in talks with the company and was set to make an on-screen return in an unspecified role, which the former world champion admitted he was ‘really excited about’.

He previously said: ‘Yes, I did [get a call] from the WWE and they want me to be involved in the show for the next month or so. I’m really excited about it. So we’ll see what’s in store for me.’