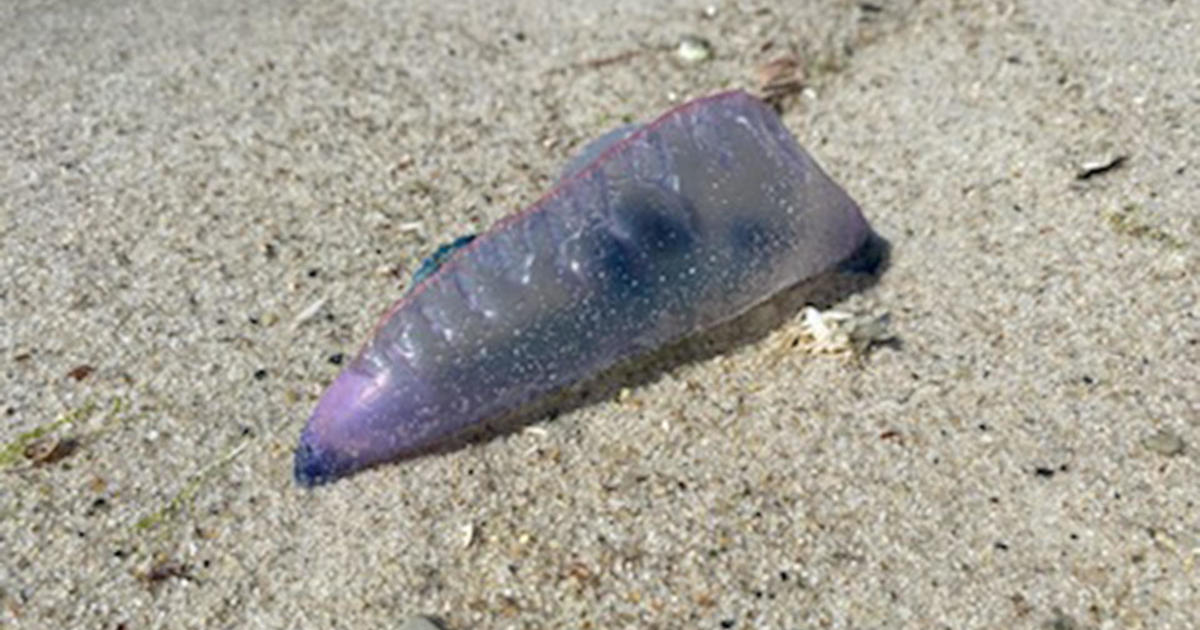 YARMOUTH – More Cape Cod beaches had to close for swimming on Monday due to Portuguese war sightings.

The Yarmouth Division of Natural Resources has announced that all south-facing beaches will be closed for the rest of the day due to the creature’s presence.

“A sting from a warship is excruciatingly painful and can even occur if it washes up on the shore,” the agency said. “We will keep the public informed as we continue to record reports and monitor their locations.”

Further east in Chatham, Harding’s Beach was temporarily closed for a third day in a row because of man o’ wars in the water that came ashore. They were also reported on Ridgevale Beach on Sunday.

According to the National Ocean Service, the warman is a “species of siphonophore, a group of animals closely related to jellyfish.”

“While the man of war sting is rarely fatal to humans, it packs a painful blow and causes welts on exposed skin,” the agency says on its website.

They also warn that the warrior can still sting you “even weeks after you wash ashore.”