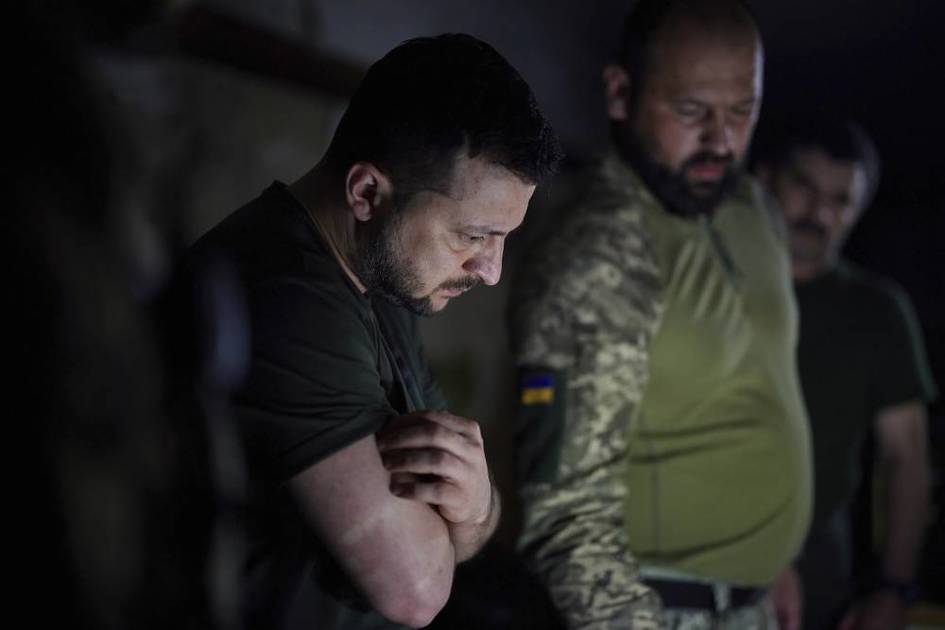 Kramatorsk – AFP
Ukrainian President Volodymyr Zelensky urges the West to provide his country with “modern” weapons to stem the “horrific” human costs of the Russian attack, at a time when the strategic city of Severodonetsk was cut off from the rest on Tuesday of Ukraine after the last bridge connecting it to other regions was destroyed.
“Military history will certainly remember the battle of Donbass as one of the fiercest in Europe,” Zelensky said in his daily speech on Monday evening.
“The human cost of this battle in Severodonetsk is too high for us. It is just horrific,” emphasizes the urgent need to obtain weapons at a time when Kiev reported that between 100 and 300 soldiers were being killed per day.
The Ukrainian president stressed that “only modern artillery will guarantee us an advantage”, and expressed confidence in his army’s ability to “liberate the country”, “including Mariupol and the Crimea”.
“We just need enough weapons to guarantee all that,” he said. Our partners own it.”
This call comes at a time when western countries are supplying munitions, spare parts and light weapons to Kiev, and the “Ukraine Defense Contact Group”, formed by US Defense Secretary Lloyd Austin, is expected to hold a meeting in Brussels.
Ukraine has exhausted its Russian- and Soviet-made weapons and currently relies solely on weapons supplied by its Western allies, especially artillery, according to US experts.
Washington began supplying Ukraine with heavy equipment, such as howitzers, and then modern equipment such as HIMARS rocket launchers and high-precision artillery pieces, with a range longer than that of the Russian army.
French President Emmanuel Macron is expected to arrive in Romania on Tuesday to inspect the 500 French soldiers deployed to a NATO base since the start of the Russian attack on Ukraine before making a support visit to Moldova, and it is likely that he will also visit Kiev.
In light of weeks’ campy anticipation, Macron could soon visit Ukraine, accompanied by German Chancellor Olaf Scholz and Italian Prime Minister Mario Draghi, according to media in Berlin and Rome. The Elysee Palace did not confirm this information, but indicated that “nothing has been decided” at this stage.
On Monday, Ukrainian troops admitted they had withdrawn from the center of Severodonetsk following another Russian attack on this strategic city in eastern Ukraine, where fierce fighting had been going on for weeks between the two sides to the conflict.
Control of Severodonetsk opens the way for Moscow to move to another major city in Donbas, Kramatorsk, which will bring its forces closer to achieving their goal of taking complete control of this mineral-rich region, which makes up a majority of the population of Russian. speaking and pro-Russian separatists have controlled parts of it since 2014.
On Monday, pro-Russian separatists in eastern Ukraine confirmed the deaths of four people and injured 22 others in “heavy” shelling by Kiev troops on the city of Donetsk, which they consider the capital of their region.
Fighting is also raging in southern Ukraine, with air battles and attacks by Russian helicopters on Ukrainian positions in Mykolaiv and Kherson, according to the latest statement from the command of the Ukrainian Armed Forces in the south of the country.