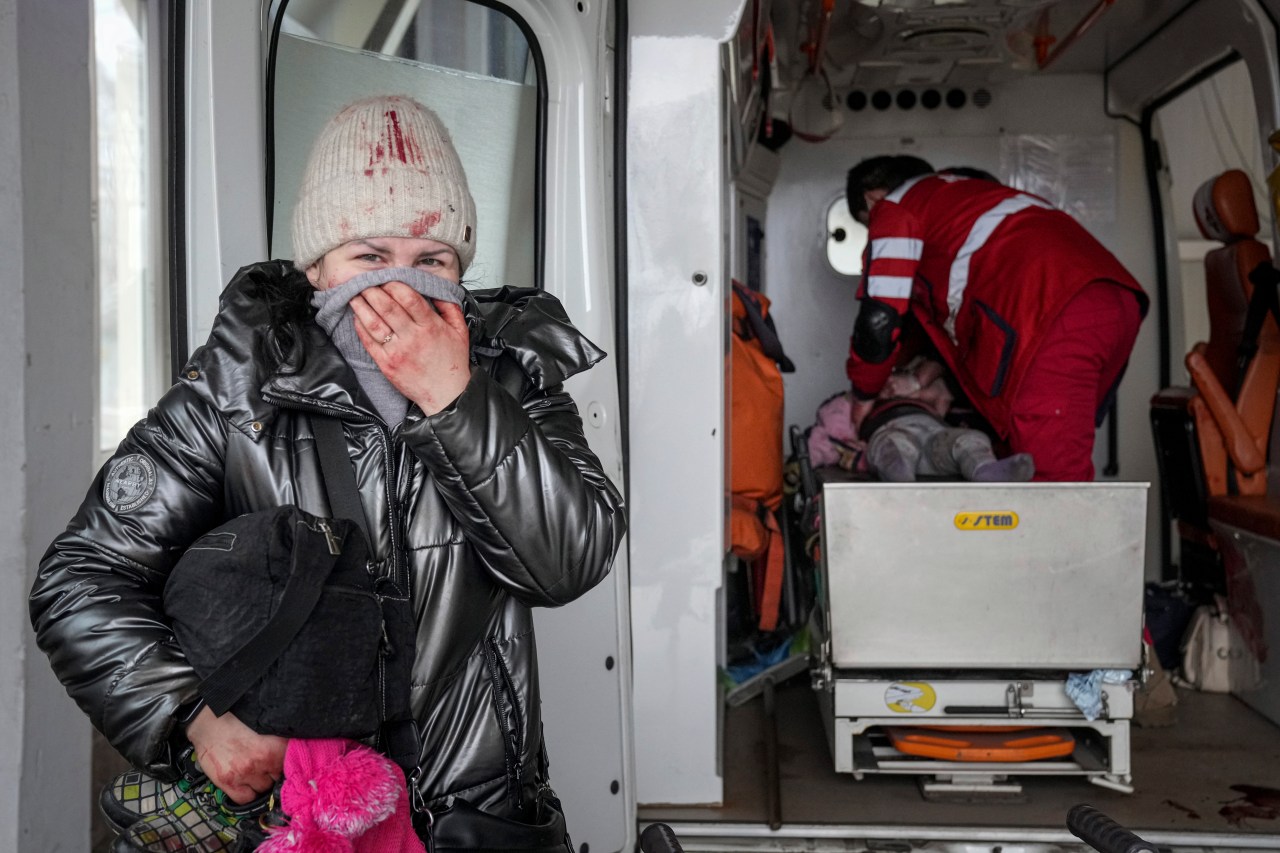 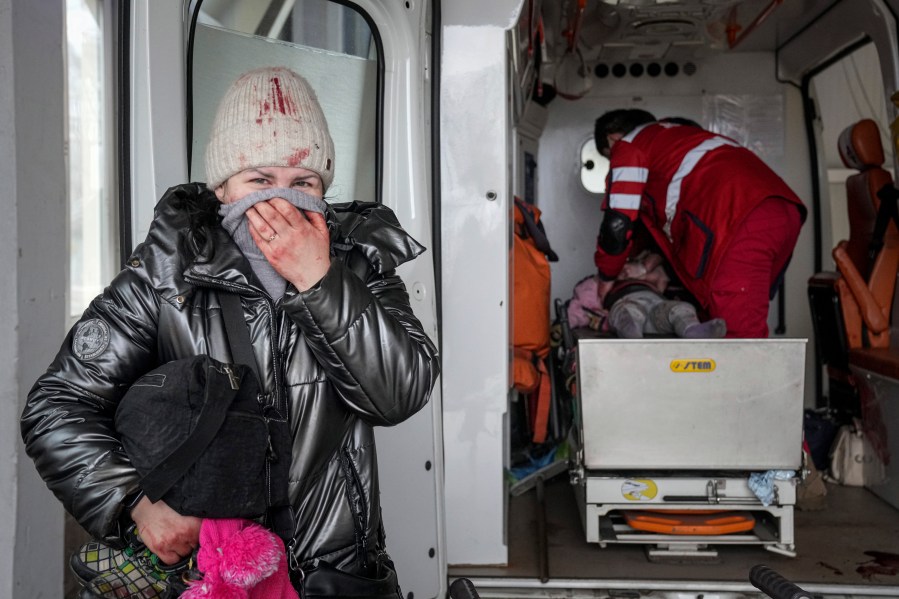 MARIUPOL, Ukraine (AP) — In the port city of Mariupol, where Ukrainians are trying to fend off a Russian advance, an ambulance raced into a city hospital Sunday, carrying a 6-year-old girl mortally injured in Russian shelling.

She was pale. Her brown hair was pulled back with a rubber band. Her bloody pajama pants were decorated with cartoon unicorns.

A medical team pumped her chest, fighting desperately to revive her. Her mother stood outside the ambulance, weeping.

The girl was raced inside and doctors and nurses huddled around her. One gift her an injection. Another tried to revive her with a defibrillator. A nurse wept. A doctor in blue medical scrubs, pumping oxygen into her, looked straight at the camera of an Associated Press videojournalist who had been allowed inside.

“Show this to Putin,” he said angrily. “The eyes of this child, and crying doctors.”

The girl, whose name was not immediately known, could not be saved. The doctor reached gently over her face to close her eyes.

Her body was left alone in the room, covered by her brightly colored polyester jacket, now spattered with blood.