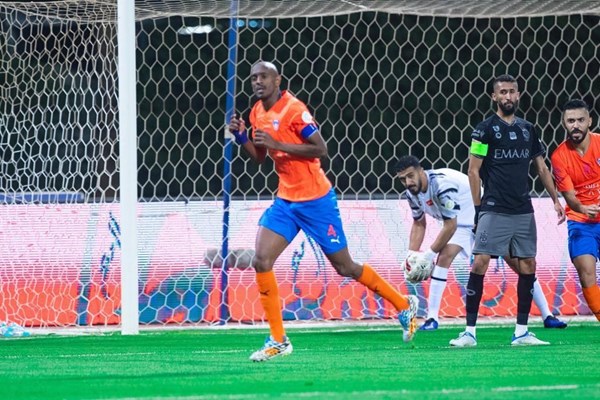 Al Hilal’s hopes of retaining the Saudi Professional League title for the third consecutive season were dealt a serious blow after it suffered a shocking 0-1 loss to its host Al Fayhaa in a match postponed from the 19th. phase of the competition.
The balance of Al Hilal, who won the title in the past two seasons, froze at 49 points, to remain in second place, 11 points behind Al Ittihad Jeddah “the leader”, knowing the blue team has postponed another game.
On the other hand, Al-Fayhaa’s number rose to 33 points in sixth place.
Sami Al-Khaibri played the championship role in the match, having scored Al-Fayhaa’s only goal in the 33rd minute, while Al-Hilal failed to score at least the equalizing goal in the remainder of the match to mark his third loss this year to win. season.
This loss ended Al Hilal’s run of wins that continued in the last six games in the competition.