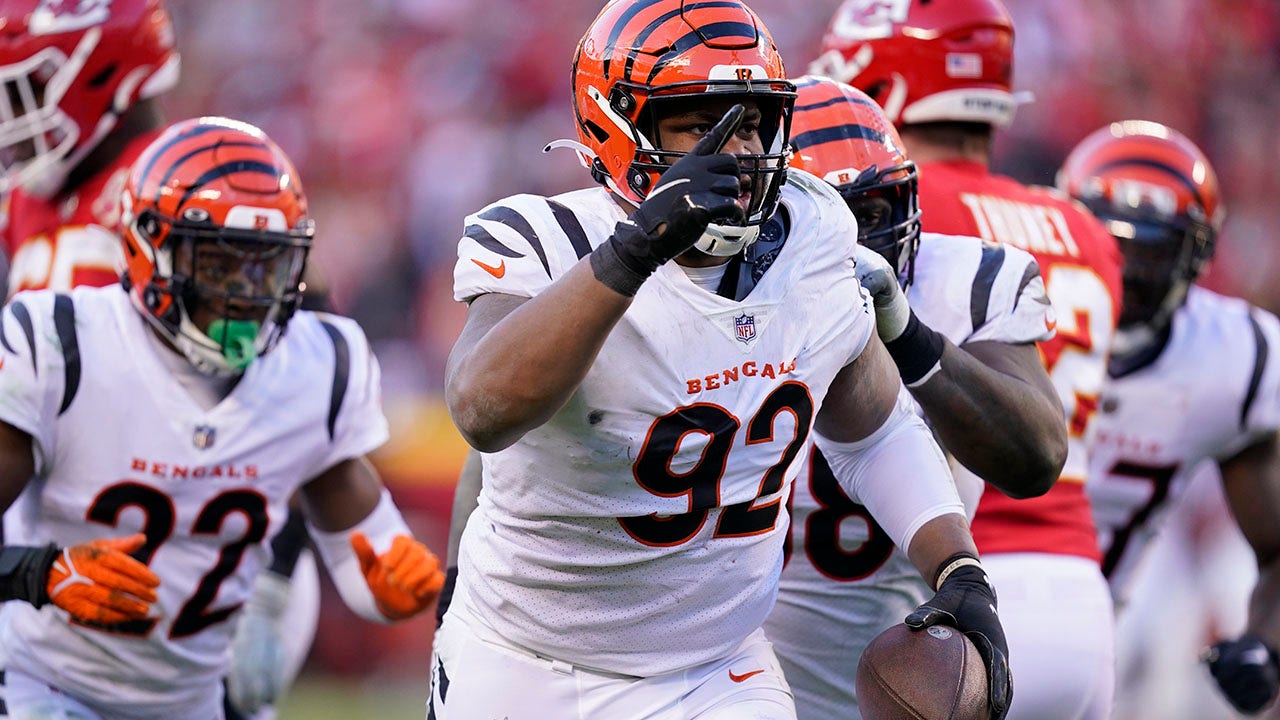 Hill was a critical player on the Bengals’ defensive line during their run to the Super Bowl last season, especially after the injury to Larry Ogunjobi, who is expected to sign elsewhere.

The 26-year-old Hill came to Cincinnati last August via a trade with the New York Giants in exchange for little-used offensive lineman Billy Price. Hill went on to play in 16 regular-season games and all four playoff games, with three postseason starts. He had 50 tackles and was fourth on the team with 5 1/2 sacks. In the postseason, he had 13 tackles, 1 1/2 sacks and intercepted a pass.

FILE – Cincinnati Bengals defensive end BJ Hill (92) celebrates after intercepting a pass during the second half of the AFC championship NFL football game against the Kansas City Chiefs, Sunday, Jan. 30, 2022, in Kansas City, Mo. Hill has agreed to a free agent contract with the Bengals.
(AP Photo/Ed Zurga, File)

“I knew it was special here,” Hill said Tuesday. “Special coaches, special players, special delight. And I definitely wanted to be back. I was telling people, I’m going back to Cincinnati, I want to be back here and that was my goal and that’s my main priority to be back here.”

If the Bengals had not signed Hill, he would have become a free agent at 4 pm Wednesday.

“Every time he walks in the building, you know what you’re going to get with BJ Hill,” Bengals coach Zac Taylor said. “And he really exemplifies what we want from our defense. And that’s in one word: relentless. And when you watch this guy play, he’s on every single snap. And so really glad it worked out, got to get him back in the mix and know he’s happy to be back. And so it really worked out well for us.”