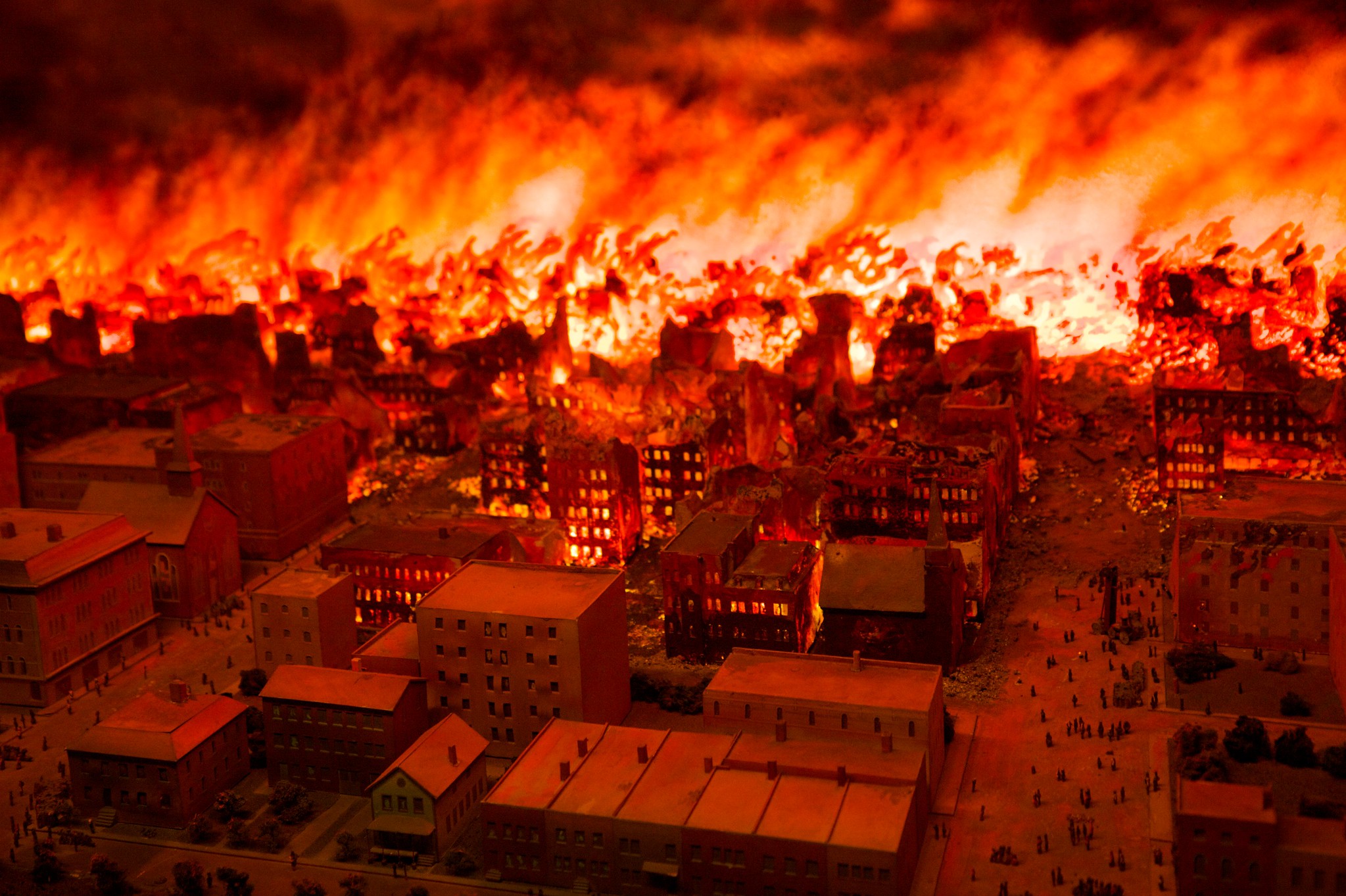 2021 marked 150 years since the Great Chicago Fire. While acknowledged by major institutions, the anniversary was muted, perhaps because it’s difficult to commemorate a massive tragedy in the midst of another overwhelming one.

For me, the best marker of the anniversary is journalist, historian, and photographer (and past reader contributor) Robert Loerzel’s @ChicagoTimeline Twitter account. It’s virtual, intimate, and still lives on the Internet. Loerzel has previously covered topics from Chicago drone music for Signal to Noise to the city’s forgotten mass grave for WBEZ’s Curious City† Loerzel took research he did for an article in the October 2021 issue of Chicago magazine and expanded it into something sprawling and unusual.

@ChicagoTimeline is more than a history article split up into tweets. Loerzel writes to the format, posting events the day they occured, occasionally in an approximation of real time. His sources include a deep dig into newspaper archives with a keen eye for quotes that make 100 years ago feel immediate.

Twitter permits tangents and details that would fill multiple standard essays to be woven into a single epic picture. @ChicagoTimeline starts in June 1871 and by the day the fire starts in October, one understands the politics, personalities, and conditions that shaped the disaster and recovery.

It’s the aftermath that most resonates in the present as trauma gives way to a fraught return to normal. In one very 1822 to 2022 moment, City Hall is stormed by rioters opposed to a total ban on wooden buildings. then, the day after a zoning compromise is passed“the Stand‘s real estate ads included properties with a quality that was attractive for many purchasers . † † just outside the fire limits.”

Loerzel continues to cover post-Great Fire Chicago with occasional updates this year and plans to shift to deep examination of other big anniversaries by 2023. It’s a worthy addition for any city lover’s feed.