On Monday, Catch Guitarist Fernando Ulibarric live performance at the wine-bar-meets-music location Lagniappe. Originally from Costa Rica, Ulibarri moved to Boston in 1998 to study at Berklee College of Music. After graduating and working in the New England area for a while, Ulibarri moved to Miami to attend Florida International University, where he earned a master’s degree in jazz performance. He has been a fixture on the South Florida music scene for over ten years and will perform new compositions. 9 p.m. Monday, at Lagniappe, 3425 NE Second Ave., Miami; 305-576-0108; lagniappehouse.com. Admission is free. Jose D. Duran

Every week Villain Theater organizes its Tuesday Evening Improvisation Comedy Show, with comedic performances by the last graduates of the theater’s training center. Guests are invited to join the laughter and make it happen as they witness the creative talents of emerging artists. Visitors can chat with the students after the performances. 9:00 p.m. Tuesday, at Villain Theater, 5865 NE Second Ave., Miami; 786-391-2241; villaintheater.com. Tickets cost $5. Sophia Medina

Machine gun Kelly stops at FTX Arena as part of its Mainstream Sellout Tour. Opening for the pop punk singer and rapper are alternative rock artist Blackbear and pop rap artist Iann Dior, both of whom have collaborated with the headliner. Machine Gun Kelly is known for hits like ‘My Ex’s Best Friend’, ‘Bloody Valentine’, ‘Make Up Sex’ and ‘Maybe’, all of which came about after the musician turned away from his hip-hop sound and switched to pop punk. His 2020 album, Tickets for My Downfalllaunched it into commercial success and debuted at number one on the Billboard 200. MGK released its sixth album, Mainstream Sale, in March; it is his second collaborative project with drummer and producer Travis Baker. 7:30 p.m. Wednesday, at FTX Arena, 601 Biscayne Boulevard, Miami; 786-777-1000; ftxarena.com. Tickets cost $24.75 to $124.75 through ticketmaster.com. Sophia Medina

On Thursday, the Adrienne Arsht Center for the Performing Arts will host its inaugural Juneteenth Juke Joint, an event that pays tribute to the rich history of black music, culture and food. Arsht’s Peacock Foundation Studio is being transformed into a hotspot for dance, live music and cocktails. R&B singer LaVie will perform alongside DJ Nickymix, who will bring the Pan-African beats. 6:30 p.m. Thursday, at Adrienne Arsht Center for the Performing Arts, 1300 Biscayne Blvd.; Miami; 305-949-6722; arshtcenter.org. Tickets cost $25 to $200. Jose D. Duran

Fleetmac Wood takes over the Ground as part of its epic tenth anniversary tour, A Decade of Dream, Decadence & Disco. DJs Roxanne Roll and Alex Oxley pay tribute to Fleetwood Mac with experimental yet lively remixes of the iconic rock band’s work. Over the past decade, the duo has paid tribute to music festivals such as Glastonbury and Robot Heart. Listen Thursday to the pair’s remixes of Stevie Nicks and Don Henley’s “Leather and Lace” and Fleetwood Mac’s “Silver Springs.” Thursday at 10 p.m., on the ground, 34 NE 11th St., Miami; thegroundmiami.com. Tickets cost $20 through eventbrite.com. Sophia Medina

On Friday, Dania Beach’s 3 Sons Brewing Co. to the south for a design party at Arcade Odyssey in Kendall. Guests can enjoy 3 Sons’ brews while playing classic arcade games such as Contra, Blasteroids, Battle Shark, Donkey Kong, Pac-Man, and WaveRunner. The beer list has not been disclosed, but the brewery is known for its beers such as the Dania Pointe Pale Ale, Crips & Chill, Phear & Loathing and Wooo-Tang. 6 p.m. Friday, at Arcade Odyssey, 12045 SW 117th Ave., Miami; 305-253-2722; arcadeodyssey.com. Admission is free. Sophia Medina

Fans of classic horror movies should head to Savor Cinema for Ladies Fears on Friday and Saturday. Presented by Popcorn Frights, the series revolves around classic femme horror, including a double bill of heather and Elvira: Mistress of the Dark on Friday and Hello Mary Lou: Prom Night II on Saturday. There will be tasty snacks from the Cucina Bambina food truck, with a special heather-inspired dish. 8 and 10 p.m. on Fridays and 9 p.m. on Saturdays, at Savor Cinema, 503 SE Sixth St., Fort Lauderdale; popcornfrights.com. Tickets cost $10 to $15 through eventbrite.com. Ashley-Anna Aboren 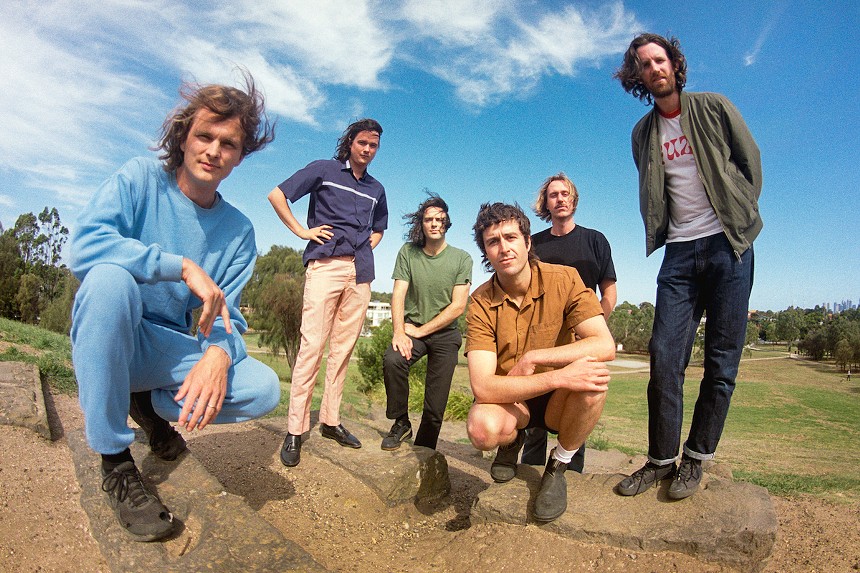 Pull out your leather jacket and black eyeliner – Hard Rock Stadium throws it way back with Motley Crüe and Def Leppard on Saturday. As if that wasn’t enough, Poison and Joan Jett and the Blackhearts are also on the program. The ’80s rockers embark on a stadium tour this summer, playing favorites like “Smokin’ in the Boys Room” and “Pour Some Sugar on Me.” 4:30 p.m. Saturday, at Hard Rock Stadium, 347 Don Shula Dr., Miami Gardens; 305-943-8000; hardrockstadion.com. Tickets cost $43.50 to $143.50 through ticketmaster.com. Ashley-Anna Aboren

The ultimate daytime renewal party, day breaker, returns to Miami Beach as part of his Natüre Tour. The party usually takes place in the morning, but this time it changes by getting things going at dusk. It starts with a yoga session with live music music, followed by an immersive dance party. The event takes place on the beach directly behind the Faena Miami Beach; to avoid pollution, there will be no single-use plastics – but healthy food and non-alcoholic cocktails will be available for purchase. 6:30 PM to 10:00 PM at Faena Miami Beach, 3201 Collins Ave., Miami Beach; daybreaker.com. Tickets cost $30 to $40 through eventbrite.com. Ashley-Anna Aboren

Australian rockers King Gizzard & the Lizard Wizard stop at Space Park for a two night stay. The band recently released their 20th – yes, 20th – LP, Omnium Gatherum, a 16-track double album featuring songs such as “Magenta Mountain” and “Gaia. Bassist Lucas Harwood recently said: New times that on the day of the show, frontman Stu Mackenzie chooses the band’s setlists from a repertoire of 90 songs. So if you have tickets for both the Saturday and Sunday shows, you will experience two very different performances. 7 p.m. Saturday and Sunday, at Space Park, 298 NE 61st St., Miami; spaceparkmiami.com. Tickets cost $40 to $45 through eventbrite.com. Sophia Medina

Since 1999, the Stonewall Pride Parade & Street Festival has taken over Wilton Drive to celebrate Pride Month – but it’s more than a party. In celebration of the historic Stonewall riots, the parade boosts the economy of Wilton Manors, a small, LGBQT+-friendly town north of Fort Lauderdale. More than 35,000 people show up every year to celebrate the beauty of the queer community. In addition to the Twilight Parade at 7 p.m., there are seven stages filled with entertainment. This year’s big marshals are NBC 6 meteorologist Steve MacLaughlin and transgender activist Misty Eyez. 3pm to 11pm Saturday, at 2300 Wilton Dr., Wilton Manors; stonewallpride.lgbt. Tickets cost $7 to $10. Ashley-Anna Aboren

As part of the After Hours series, Coral Gables Art Cinema exhibits Jane Schoenbrun’s We’re all going to the World’s Fair on Saturday. Anna Cobb stars as Casey, who steps into an online horror game titled “The World’s Fair Challenge” and discovers that not everything is always as it seems. The film highlights the current era of the internet and entertainment and follows Casey’s experience through video uploads in which she plays the cryptic game. Later, she gets lost between the concept of dream and reality, but a mysterious figure tries to pull her away from the infernal fantasy world. 10 p.m. Saturday, at Coral Gables Art Cinema, 260 Aragon Ave., Coral Gables; 786-472-2249; gablescinema.com. Tickets cost $8 to $11.75. Sophia Medina

In June, Brickell City Center celebrates Pride Month and on Sundays you can make cocktails with RuPaul’s Drag Race participant and fan favorite Ginger Minjo† She will lead a Chambord centered cocktail class where you will laugh, sip and learn. Plus, you get some great photos. Classes take place twice an hour for the duration of the event, on a first-come, first-served basis. 2pm to 7pm at Brickell City Center, 701 S. Miami Ave., Level 2 Garden Deck, Miami; brickellcitycentre.com. Admission is free. Ashley-Anna Aboren