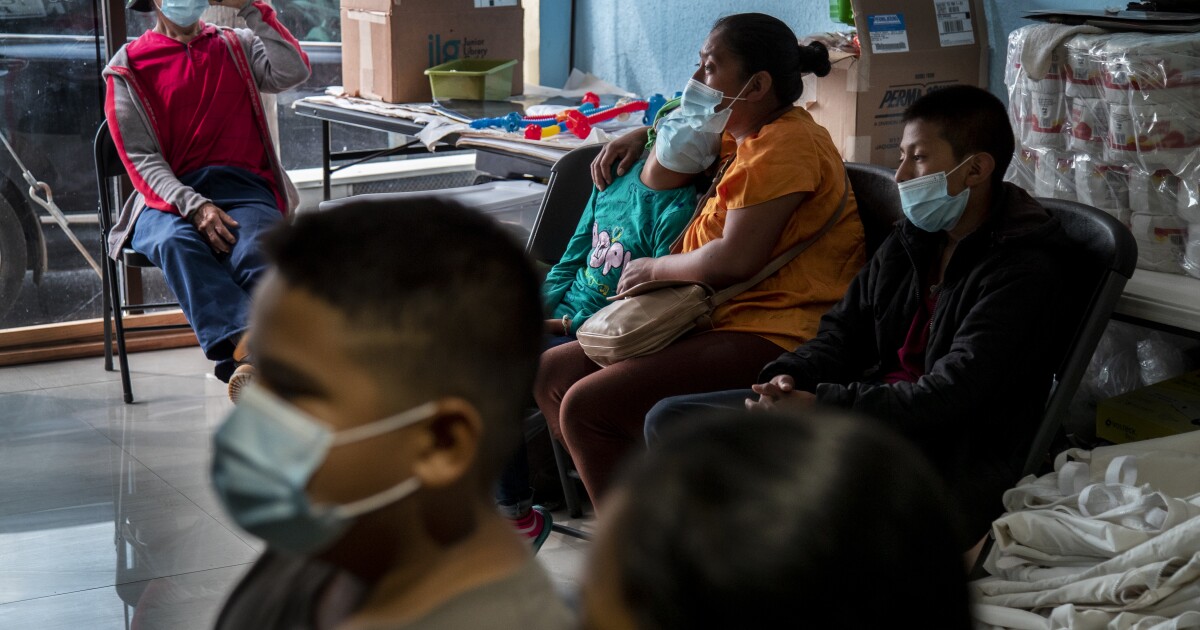 The Biden administration announced the final version of its long-awaited US asylum overhaul Thursday, aiming to speed up processing at the border and alleviate backlogs throughout the country’s immigration courts.

Fixing asylum, a process that can drag out for years, was one of President Biden’s campaign promises. The overhaul represents the most significant change to the nation’s immigration system since it took office.

The new policy will take effect by late May or early June, 60 days after it’s published in the Federal Register, officials said Wednesday. The change won’t affect most asylum seekers as long as a pandemic-related rule limiting access at the border remains in force. But the new system will probably be in place once that rule is lifted and the uptick in asylum requests begins.

“The current system for handling asylum claims at our borders has long needed repair,” Department of Homeland Security Secretary Alejandro N. Mayorkas said in a news release. “Through this rule, we are building a more functional and sensible asylum system to ensure that individuals who are eligible will receive protection more swiftly, while those who are not eligible will be rapidly removed.”

Asylum seekers will now have their claims heard by an asylum officer with US Citizenship and Immigration Services within several months, instead of waiting years for a final determination from an immigration judge.

The Homeland Security and Justice departments released a draft proposal in August. After reading through 5,000 public comments about the draft, officials said they made some changes but maintained the overall framework of the proposal. The officials — from US Citizenship and Immigration Services and the Executive Office for Immigration Review, which oversees immigration courts — spoke to reporters on condition that they not be named.

Under the rule, anyone denied protection by an asylum officer could request a reconsideration from Citizenship and Immigration Services within seven days. If turned down, the person could ask that an immigration judge review their application and later bring their case to the Board of Immigration Appeals and federal circuit courts. After all bids are exhausted, or if none are pursued, the person would be subject to deportation. The rule does not apply to unaccompanied children who arrive without a parent.

Supporters say the policy improves what has long been considered a scary process for traumatized migrants. Instead of having to initially recount their worst experiences in an adversarial court setting as they defend themselves against deportation, migrants will now be able to make their case in an asylum office.

But many advocates worry the changes weaken constitutional due process rights for asylum seekers by essentially expanding the so-called expedited removal process, a mechanism used to quickly turn back immigrants apprehended at the border.

“Survivors of trauma will not be able to recite what happened to them 72 hours after arriving in a safe place to a government official,” he said. “Given the emphasis that DHS has placed on speed for asylum seekers, this will be like the former process — designed in a way that will systematically fail to elicit people’s best asylum claims.”

A better system, Caldarone said, would give people a year before their asylum hearing to prepare and then quickly provide a decision as to whether they could stay or be deported. That would allow people to heal from trauma and lead to fewer appeals, he argued.

The backlog of pending immigration court cases has exploded in recent months, reaching nearly 1.6 million by December, according to the Transactional Records Access Clearinghouse, a nonpartisan data research center at Syracuse University. It has tripled since 2016.

During his first year in office, Biden took roughly 300 executive actions on immigration, nearly a third of them to reverse course on Trump-era policies, according to an analysis by the Migration Policy Institutea Washington-based think tank.

One area he did not change: For the last two years, the border has been closed to the vast majority of asylum seekers under a restrictive pandemic-era policy initiated by former President Trump. The policy, known as Title 42, invokes a 1944 public health statute to quickly expel migrants who attempt to enter the US in order to curb the spread of the coronavirus.

Among more than 1.7 million people detained by US Customs and Border Protection at the southwest border during fiscal year 2021, 61% were expelled under Title 42, according to agency data.

Experts say those rapid removals under Title 42 resulted in an increase in unauthorized crossings into the US by people who would have otherwise requested asylum at an official port of entry. The rapid removals back to Mexico also led to repeated border crossing attempts by migrants — inflating the number of Customs and Border Protection apprehensions.

Earlier this month, the US Centers for Disease Control and Prevention formally ended that policy for children traveling without a parent, saying their expulsion “is not warranted to protect the public health.” Immigrant advocates and Democratic congressional leaders have argued that the policy is illegal and have ramped up calls in recent weeks to also end its application to adults traveling alone and parents traveling with their children.

But asylum seekers will see no substantial changes, even once the updates are in place, until the CDC decides to end Title 42 entirely. In recent weeks, as the response to the pandemic has changed within the US, federal officials have favored planning for the possible end of the policy.

The asylum overhaul will be implemented in phases, though officials said they have yet to decide where to roll out the initial program and whether to target any specific population, such as single adults or families.

On a call with reporters last week, Mayorkas said the phased implementation of the new asylum system is designed to avoid straining Citizenship and Immigration Services. The agency has teetered on bankruptcy, he added, and was “virtually dismantled” under the Trump administration, whose immigration approach deterred many immigrants from filing applications before the pandemic further reduced the agency’s caseload.

“We have to be mindful of the resource constraints of the asylum division in US Citizenship and Immigration Services as we rebuild that agency,” he said, noting that the agency is almost entirely funded by application fees.

Under the proposed rule, the agency estimated it would need to hire 800 new employees and spend $180 million to be able to handle 75,000 cases annually.

Before the pandemic, migrants encountered near the border were screened by agency asylum officers for fear of persecution. Those who passed the initial screening would have their cases moved to the immigration courts, where a judge would decide whether they qualified for asylum or another form of protection and could stay in the US

Meanwhile, they were detained or released pending a final court hearing. Immigrants facing deportation don’t have the same right to a publicly funded attorney as people in criminal proceedings, and most represent themselves.

To qualify for asylum, immigrants must prove a fear of persecution in their home country based on one of five protected categories: political opinion, race, religion, nationality, or membership in a particular social group.

“The ability to stay in the United States for years waiting for an initial decision may motivate unauthorized border crossings by individuals who otherwise would not have sought to enter the United States and who lack a meritorious protection claim,” the proposed rule states.

The goal is also to reduce the stress for those who ultimately receive asylum or other immigration protections, according to the rule, as currently, “they are left in limbo as to whether they might still be removed and unable to petition for qualified family members, some of whom may still be at risk of harm.”