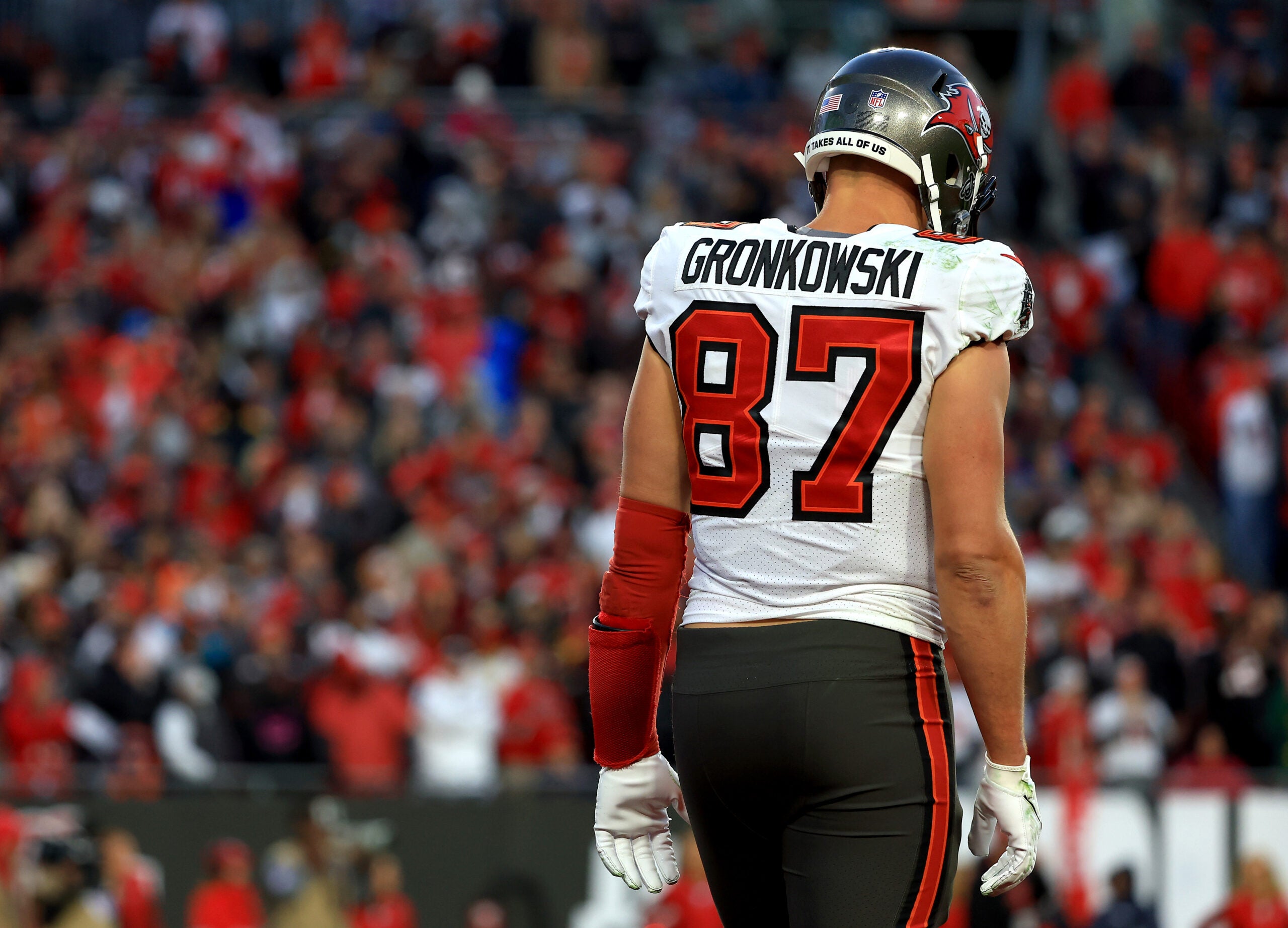 Could the Bills land Rob Gronkowski? The new class of the AFC East reportedly believes so.

According to Tim Graham of The Athletic, the Bills — who blew out the Patriots in a dominant 47-17 AFC Wild Card game in January — want to bolster their tight-end ranks with the New York native. Gronkowski grew up in Amherst, which is 20 minutes north of Orchard Park.

“The Bills spoke with the surefire first-ballot Pro Football Hall of Famer last spring but discovered he wanted to keep playing with Tom Brady, who retired last month,” Graham wrote.

Gronkowski hinted he would like to play with Joe Burrow and the Bengals earlier this offseason.

“I watched him in college,” Gronkowski said. “I just love the way he presents himself out on the football field. In the pocket, he’s just so calm and he just slings it out on the field.”

The Buccaneers seem unlikely to retain Gronkowski’s services, especially after Brady announced his retirement earlier this offseason. Gronkowski caught 55 passes for 802 yards in 12 games with the Buccaneers in 2021, including 4.6 passes per game — in line with his best years as a Patriot.

“Nothing about Gronkowski’s 2021 production changed the Bills’ minds about what he can add to quarterback Josh Allen’s array of weapons,” Graham wrote.

If Brady returns, his new team could be Gronkowski’s most likely destination. Gronkowski said he believes Brady could return after 2022, even if he doesn’t come back this year.

“If he’s 50 years old he can still come back. I think he’s going to come back but in a couple of years,” Gronkowski said. “The guy’s a beast. He can play anytime.”

Still, the Bills look like a contender with some staying power. If Gronkowski wants to end his career on a team with a chance to win a Super Bowl, he could do it in a familiar place.

Get breaking news and analysis delivered to your inbox during football season.