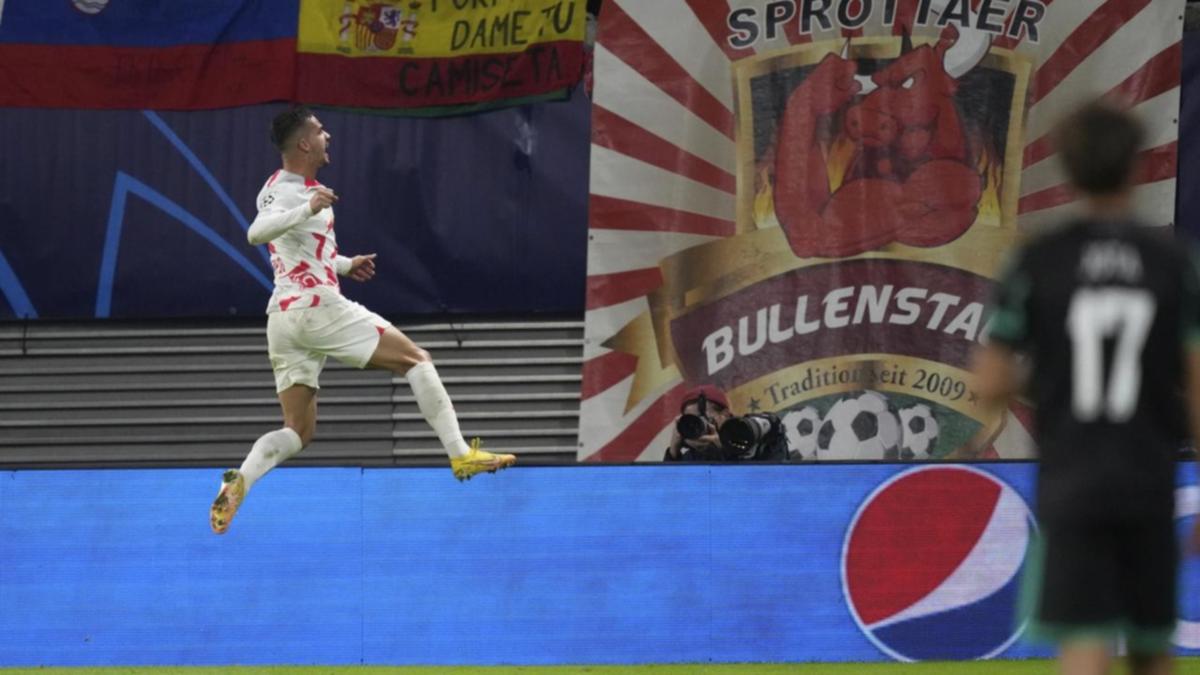 Christopher Nkunku opened the scoring on Tuesday after counterattacking in the 27th minute after Celtic lost the ball after a short corner.

When captain Callum McGregor was injured, the visitors were unable to build on Jota’s equalizer.

Leipzig had just disallowed a second goal following VAR intervention when goalkeeper Joe Hart passed the ball to the home side to enable Andre Silva to score the first of his two goals in the second half.

The defeat leaves Celtic in Group F with one point from three games, but at least they have both Leipzig and Shakhtar Donetsk to make their way to their Parkhead fortress in the next two games.

Cameron Carter-Vickers failed to make the match due to injury, but the influential centre-back is likely to return for the reverse match next week.

Nkunku was outstanding when Leipzig finally got off the ground in Group F after losing to Donetsk and Real Madrid.

Frenchman Nkunku had a goal disallowed via VAR for offside, but showed his class in the 27th minute when he passed Hart and finished from a close angle.

Kyogo Furuhashi had just come close for the visitors, who were dealt another blow when captain McGregor had to leave injured in the 37th.

Portuguese winger Jota equalized in the 47th when Furuhashi sent him on for a one-on-one with the Germans keeper.

Dominik Szoboszlai hit the post in response, after which he thought to score with a shot from 20 yards inside the far post. But the VAR ruled it out again because Silva had blocked Hart’s view.

The Celtic goalkeeper then gave Leipzig their second and passed straight to Szoboszlai, who signed Silva to give the hosts the lead in the 64th.

Then Nkunku shone again with a brilliant ball for Mohamed Simakan to beat Silva to seal the result in the 77th.

In the other early game, Noah Okafor Salzburg earned a 1-0 win over Dinamo Zagreb by rolling in a coolly taken penalty and scoring for the third consecutive group game.

An exciting game was finally decided by a loss of concentration by Dinamo right-back Sadegh Moharrami, who let Andreas Ulmer come in front of him and then grabbed the Salzburg captain around the neck to give away the spot.