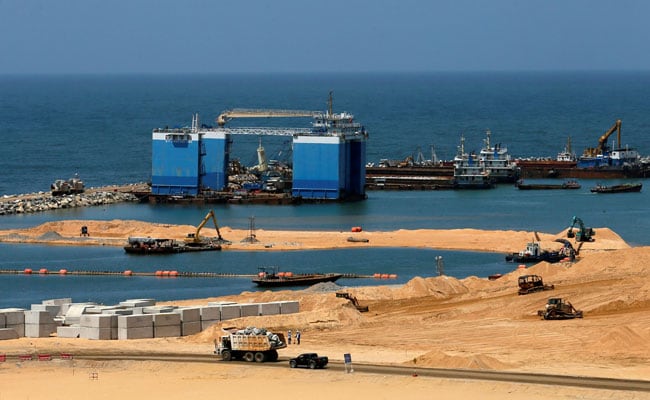 Sri Lanka had defaulted on $51 billion in foreign debt and most of its foreign reserves had been exhausted. (File)

Crisis-stricken Sri Lanka has decided to grant a special 40-year tax credit for the China-built port city of Colombo to attract potential investors as the island’s largest foreign direct investment attracted no investment after the acclaimed project nearly completed a year ago. had been opened. A senior minister said on Tuesday.

Cabinet spokesman Bandula Gunawardana said at a weekly cabinet briefing that the cabinet had decided to make concessions to attract more investment to the port city, the news website Economy Next reported.

“We made this decision because other countries have offered more competitive tax relief than we have to attract investors,” Gunawardana said.

Gunawardana said that if such concessions attract more foreign investors, it will help address the dollar crisis in Sri Lanka.

“With this economic recession, attracting investors is challenging as local investors in the country move to countries such as Bangladesh, Ethiopia and Kenya due to favorable investment opportunities,” he said.

Port City officials told the website they planned to sell 100 acres of reclaimed land with a $5 billion investment target.

A total of 269 hectares of land was reclaimed by China Harbor Engineering Company (CHEC) in the Port City project, raising concerns about the full 20-acre grant to the Chinese company and a no-fly zone.

However, the latter government later suspended the project and revised the cause to lift both land ownership and no-fly zone in the agreement, amid protests from India over security concerns.

While Sri Lanka defaulted on $51 billion in foreign debt and most of its forex reserves were depleted with no money to import fuel and cooking gas, China’s extensive infrastructure projects were showcased as draining the public treasury because of that lack of utility.