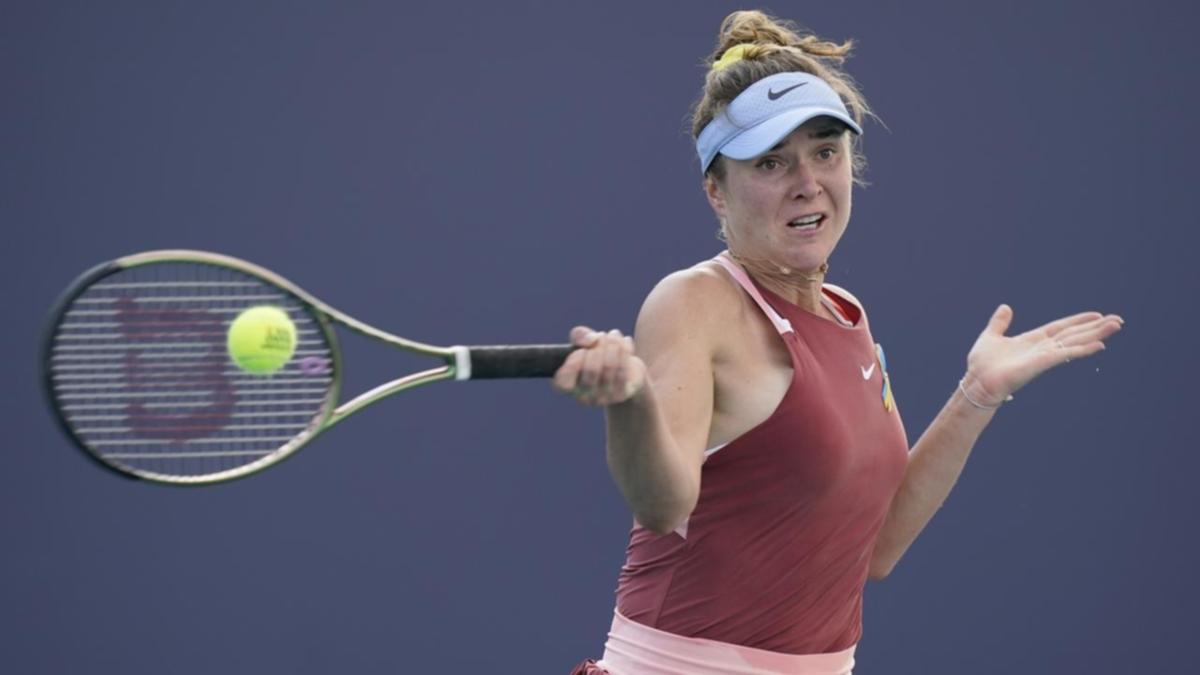 Elina Svitolina said Russian and Belarusian players who denounce Moscow’s invasion of her country Ukraine should be allowed to participate in Wimbledon.

The organizers of the grasscourt grand slam in London have announced that Russian and Belarusian participants will be banned from the tournament this year.

The decision means men like Russia’s No. 2 men’s Daniil Medvedev and Belarus’ fourth place women’s Aryna Sabalenka will be banned from the tournament from June 27 to July 10.

World No. 25 Svitolina joined other Ukrainian players on Wednesday in seeking a ban on Russian and Belarusian athletes from international competitions, but appeared to soften her stance in an interview with the BBC on Thursday.

“We don’t want them to be banned completely,” Svitolina said. “If players do not speak out against the Russian government, it is the right choice to ban them.

“We just want them to speak out, when they’re with us and the rest of the world or the Russian government. This is the most important point for me.

“If they didn’t vote, didn’t vote for this government, then it’s fair that they get to play and fight.”

The governing bodies of men’s and women’s tennis have criticized Wimbledon for its decision.

Svitolina, who still has friends and family in Ukraine, said Russian and Belarusian players should do more.

Medvedev made a plea for peace on Twitter in February as his compatriot Andrey Rublev wrote “No War Please” on the lens of a TV camera on his way to winning the Dubai title.

“I can count on one hand how many Russian and Belarusian players have asked me how I am, how my family is, is everyone safe?” said Svitolina.

“That’s why I feel sad about this situation. Personally, some people should do a little more than they have done. It’s mysterious.

“The way Russian and Belarusian players have been is very sad. We are colleagues who see each other every week, so it’s shocking to see this change and so quickly.”