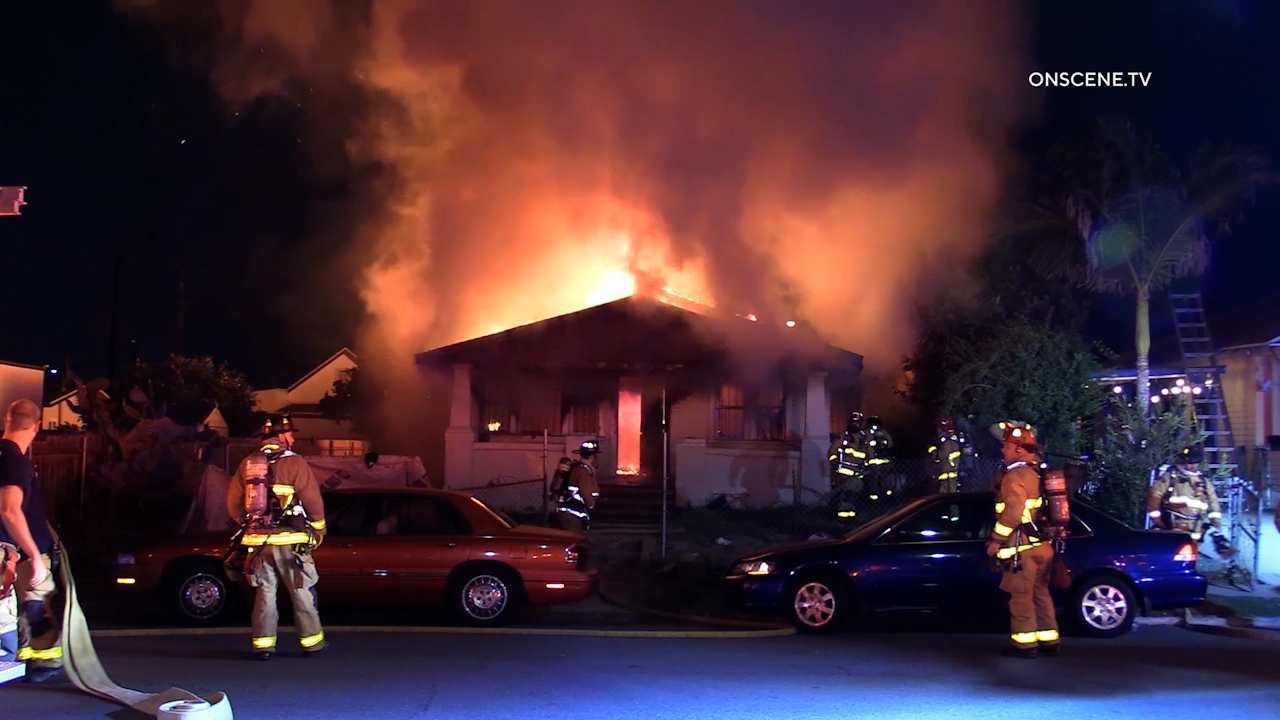 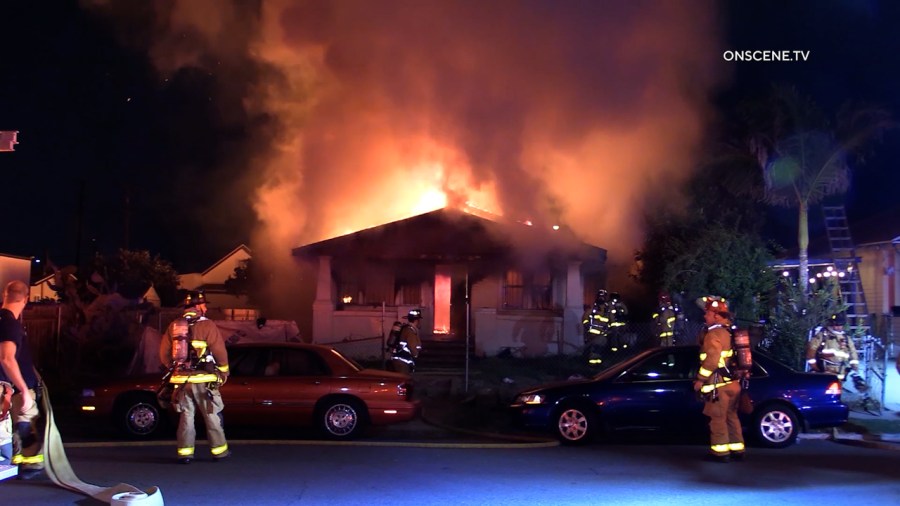 The fire was reported shortly after 4 a.m. in Block 2800 of K Street. According to the San Diego Fire Department, crews arrived at the scene just five minutes after receiving the call and found the one-story home engulfed in flames.

Firefighters say they attacked the fire and prevented it from spreading to nearby homes. The main body of the fire was brought down at 4:30 a.m.

According to Chris Babler, battalion chief of the San Diego Fire Department, the house has a history of fires. Crews have responded to three fires in the house in the past, and Babler added that squatters have been in and out of the house.

No one was in the house at the time of Saturday’s fire and no injuries were reported, the fire service said.

The fire service is still investigating the cause of the fire. Damage to the property is estimated at $350,000.