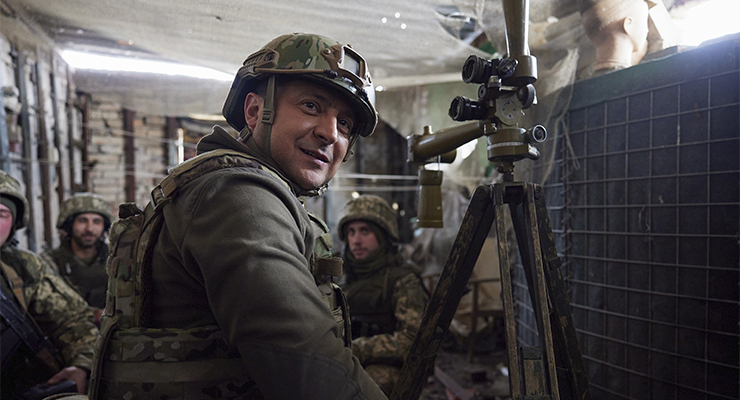 What are the origins of Ukraine President Zelenskyy’s 2019 political triumph, presented as a new democracy?

With Russian forces heading towards Kyiv and other Ukrainian cities, and the Ukrainian government distributing millions of units of weapons and ammunition, the invasion of Ukraine looks set to advance to a stage of shocking brutality.

If Russia was previously trying to limit civilian casualties — if — it is now trying to make cities capitulate quickly with terror bombing. Prolonged resistance will quickly brutalize its leaders and troops. Western and global disapproval seem unlikely to limit that. It didn’t stop the US creating mass civilian death in Fallujah or Mosul in the Iraq War and its aftermath, once the smart war had yielded to a dumb one, so it’s unlikely to stay the hand of a less frequent invader such as Russia.

The use of “thermobaric” weapons (no, I’d never heard of them either) to level city blocks is akin to the US in Afghanistan using the beguilingly named “daisycutter” bombs (so called because the pressure wave decapitates for kilometers around) to save such Afghans as remained from terrorists. With both the UK and the US ruling out an air war — Russia is dubbed a “no-fly zone” — any real prospect of stopping Russia’s escalation seems gone.

Read more about the invasion of Ukraine.