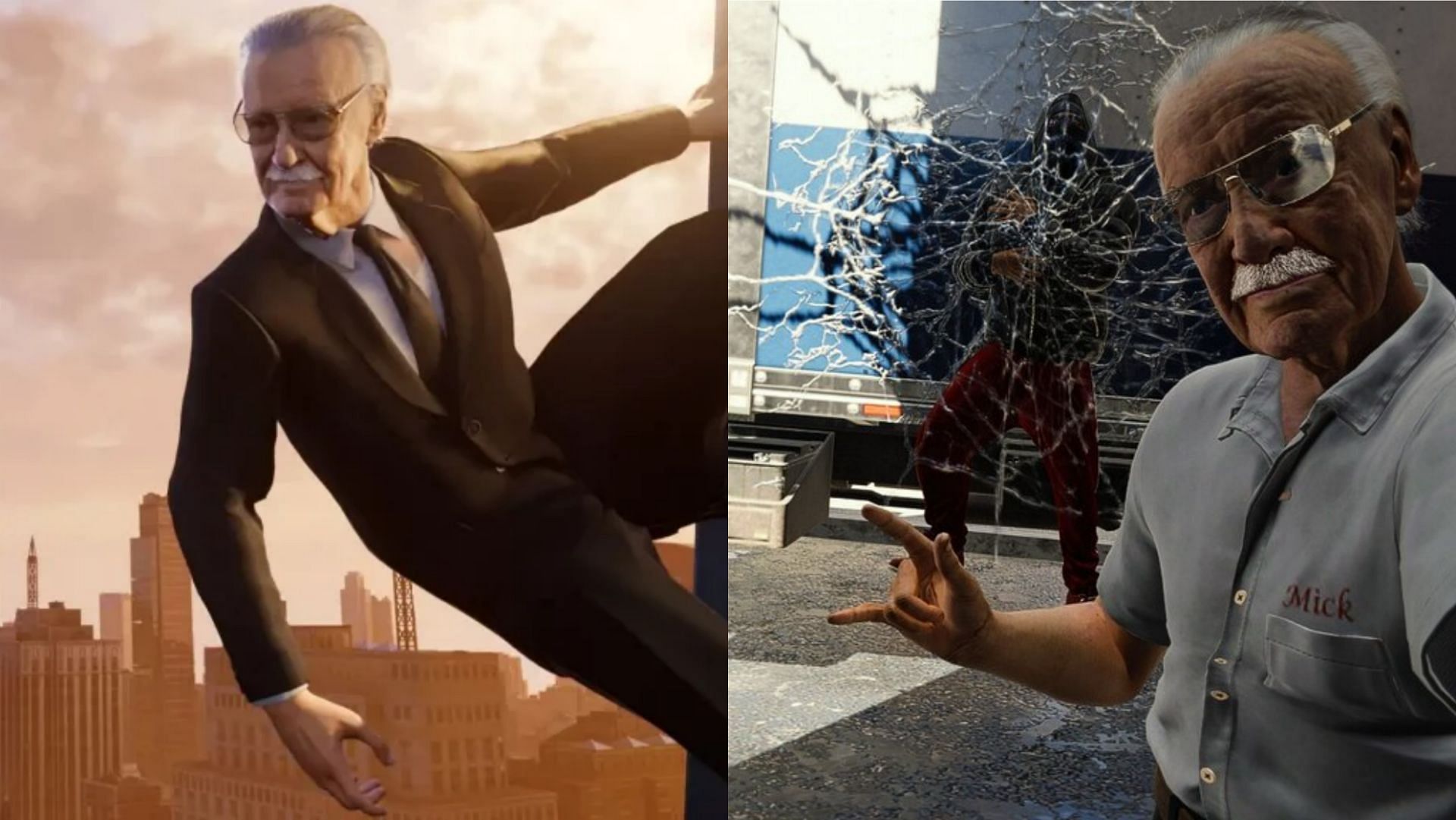 Spider-Man Remastered on PC already has so many mods, and while many are known villains, players can now play as his co-creator too. Stan Lee (born Stanley Martin Lieber) may have passed away in November 2018, but he’s now immortalized in the latest Spider-Man game.

There are several mods for the Marvel Comics Writer/Editor, and so this piece will guide players to unlock two of them. One offers Tuxedo Stan Lee and Bagman with Stan Lee’s head, and the other a more casual look for Stan Lee.

Regardless of which mod players use for the game, they should make sure they have the SMPCTool, which is available on both links.

It wasn’t shocking to see Stan Lee come to the Spider-Man PC game, though, and there are quite a few options for doing just that. The first mod comes courtesy of Tiffsomniac.

The mod replaces the Spider-Clan suit with Tuxedo Stan Lee. The Bagman suit has now been exposed with the head of Stan Lee instead of Peter Parker. To unlock the Spider-Clan Suit, players must complete all missions up to and including “Bring the Hammer Down” in the “Turf Wars” DLC.

Bombastic Bag-Man is a free pack that players can access. With this suit, players get to see Stan Lee in a Fantastic Four outfit, beating up villains in New York.

How to install this mod

The other mod, uploaded by Lucifer6667676 and created by Robin, replaces the Classic Repaired suit with the casual Stan Lee outfit. The Classic Suit (Repaired) is unlocked after completing the “Something Old, Something New” mission and costs two Backpack Tokens and two Crime Tokens.

How to install this mod

Stan Lee is a name that almost all readers of Marvel Comics know. The very first issue he wrote for was Captain America Comics #3. The comic book guru originally wanted to write books, and since comics were frowned upon at the time, he used the pseudonym Stan Lee so as not to damage his reputation.

In the end, he co-created some of the most popular comic book heroes, from the Hulk to the X-Men and of course Spider-Man. One of his last creations was She-Hulk. He has also had cameos in virtually every Marvel movie.

It’s very easy to set up these mods, so it won’t take much work to fight crime as one of the creators of Peter Parker.