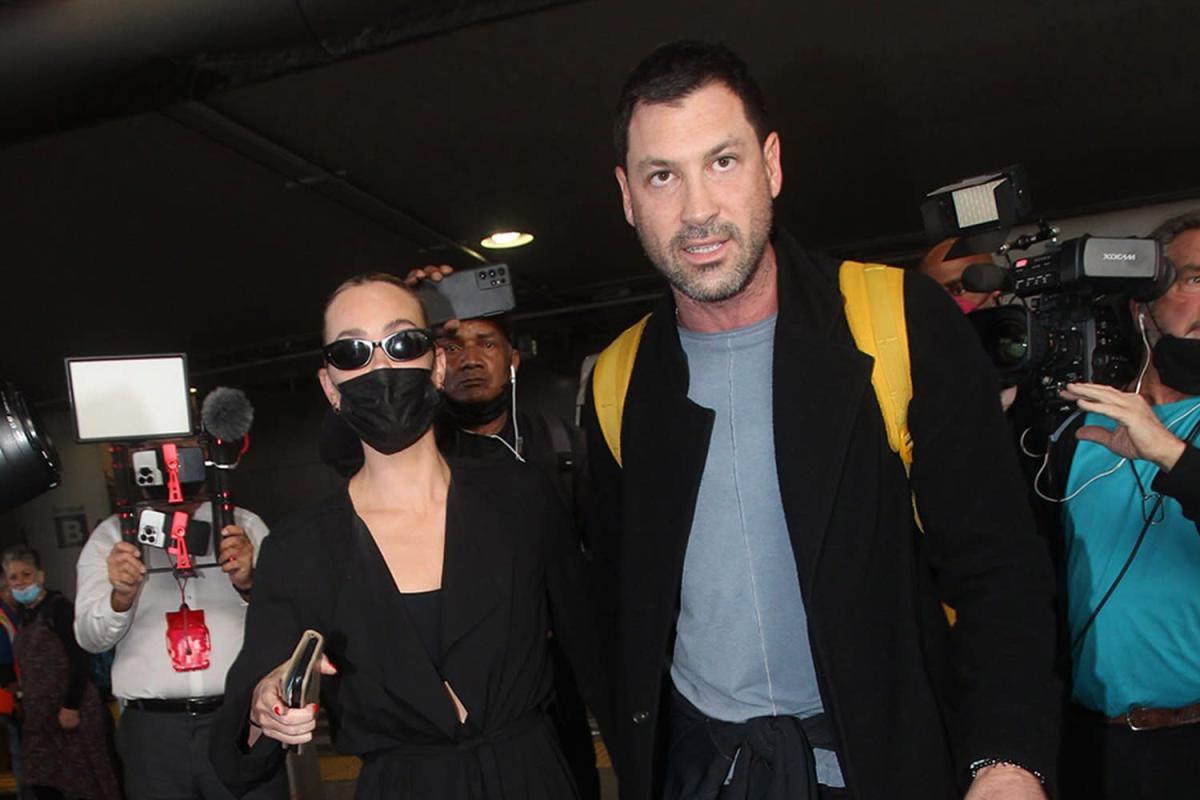 Maks Chmerkovskiy has safely returned home after his week-long escape from Ukraine.

On Wednesday, Chmerkovskiy, 42, was photographed at Los Angeles International Airport, where he gave his wife Peta Murgatroyd an emotional hug. (The couple, who wed in 2017, share 5-year-old son Shai.)

“I just don’t want to resent peace somewhere else because of what I just saw, that’s the reality. I don’t know really what to say right this second,” the Ukrainian-born dancer told Entertainment Tonight when he arrived at the airport.

Hours prior to his homecoming, the Dancing with the Stars alum said, “Getting in a plane. Talk to you from LA,” in an Instagram video from an airport in Poland.

The specific details of how Chmerkovskiy got out of Ukraine are not yet known. Men in the age range of 18-60 had reportedly been prohibited from leaving the country under a mobilization order. Thousands of people have fled or tried to escape Ukraine amid warnings of a possible “refugee crisis.”

One week prior, on Feb. 24, Chmerkovskiy uploaded videos from Kyiv, where he had been filming the country’s World of Dance series for which he serves as a judge. That same day, the Russian military began an invasion of Ukraine after President Vladimir Putin announced a “special military operation” in the Donbas area, a separatist region in the country which he said should be independent — a move rejected by the US and Ukraine.

During the days that followed, Chmerkovskiy had been documenting his experience amid the Russian invasion on social media.

On Monday, Chmerkovskiy said that “at one point I got arrested,” adding, “That was probably the least traumatizing moment in this whole thing as far as Ukraine is concerned, but for me, it was just a reality check.” (It was not immediately clear what led to Chmerkovskiy’s detainment.)

Later that same day, the father of one informed fans and followers that he boarded a train heading to Warsaw, Poland. In a 26-minute long Instagram video, shared on Tuesday, he detailed his 23-hour train ride and going 36 hours without sleep.

RELATED: Ways to Help the People of Ukraine as Russia Launches War

The attack on Ukraine is still evolving but hundreds have been reported dead or wounded, including children, with threats mounting against the capital, Kyiv, a city of 2.8 million people. This is the first major land conflict in Europe in decades.

The invasion has drawn widespread condemnation around the world and increasingly severe economic sanctions against Russia. Various countries have also pledged aid or military support to Ukraine, whose president, Volodymyr Zelenskyy, called for peace talks while urging his country to resist.

The Russian attack on Ukraine is an evolving story, with information changing quickly. follow PEOPLE’s complete coverage of the war hereincluding stories from citizens on the ground and ways to help.