International security expert Professor John Blaxland has suggested China could perform an about-turn on its relationship with Russia following the international reaction to the invasion of Ukraine.

“This is the nub of the issue. Does China weigh this up and say, ‘hang on a minute, Russia is becoming a pariah state. We have interest with Europe and with America and with other countries that we trade with, more than we do with Russia. How much is our interest lined up with Russia?'”

“It seems to me the language we’ve seen from President Xi lately has indicated they’re really uncomfortable where Putin has gone in the last couple of weeks and now probably weighing up their interests thinking, ‘maybe we need to change our tune’ .” 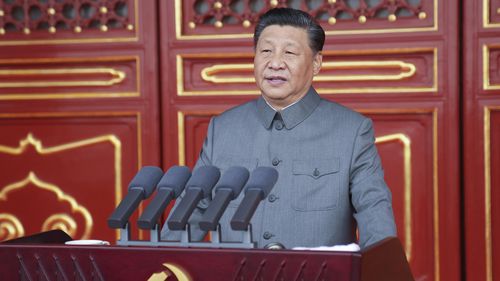 He said the US publication of an allegedly Russian document requesting military aid from Beijing had caught China “flat-footed”.

“They don’t want to go public about how strong they want to support Russia because they’re uncomfortable with Russia,” Professor Blaxland said.

“This is a clever move by the United States to pressure them to back off and maybe even to a certain extent perhaps even flip them.”

But he questioned the effectiveness of potential sanctions should Beijing come to the Kremlin’s aid.

“There’s no question sanctions can hurt. There’s mixed views on how effective sanctions can be, whether or not they’re going to generate the desired policy response you want,” he said.

“But certainly worth trying.”