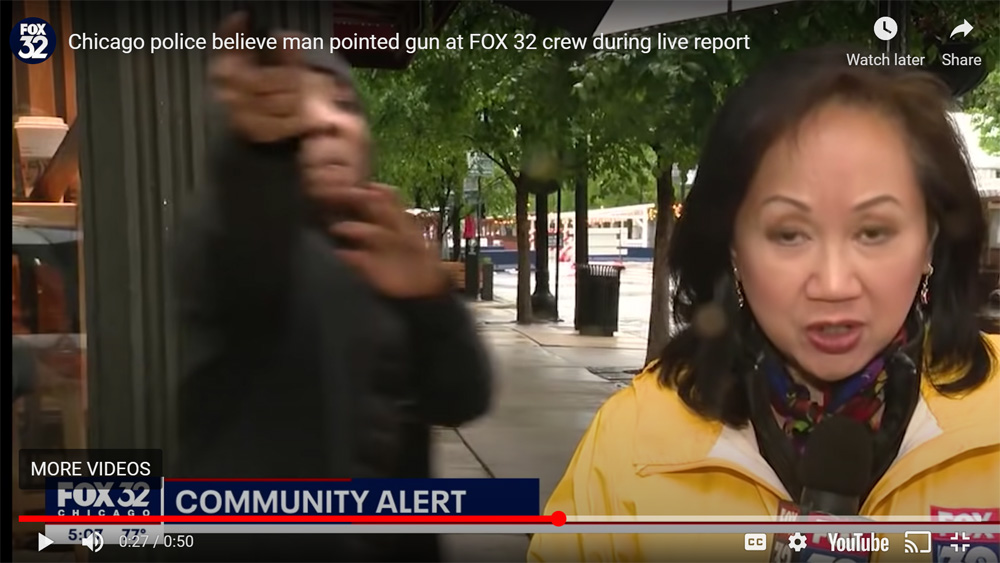 Chicago police are looking for a man who appeared to be pointing a gun at a local TV news crew during a live coverage of gun violence in the city.

Fox 32 Chicago was broadcasting live in the city’s River North neighborhood shortly before 7 a.m. Wednesday, when a man behind reporter Joanie Lum came into view with what appeared to be a small pistol pointed at the camera just inches from Lum’s head.

Lum reported a segment for Good day Chicago about the increase in gun violence in the city, which at the time had risen by 66% from 2019 to 2021. The man kept walking and then skipped down the street, still carrying the suspected gun and eventually out of sight.

Neither Lum nor her photographer were injured.

Chicago police are calling the man a “person of interest” and have asked anyone with information to contact the department.

Tensions across the country have been high following several recent mass shootings, most recently the Tuesday shooting at Robb Elementary School Ularde, TX, which killed 19 children and two adults.

Here’s a clip from Fox 32’s news story about the incident.