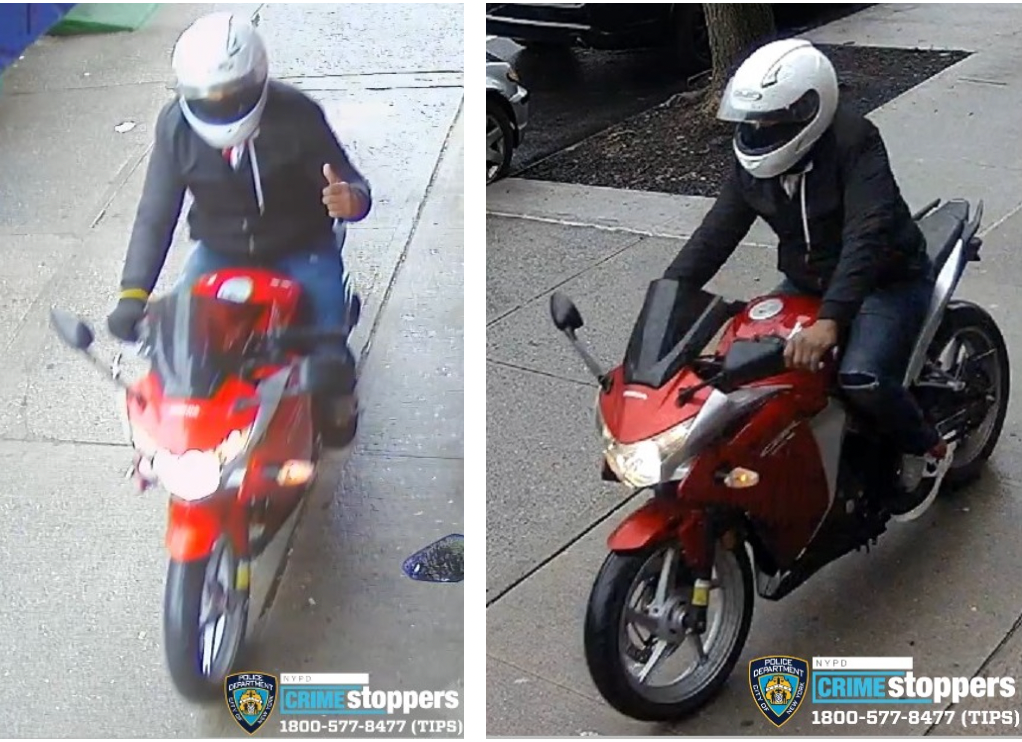 NEW YORK (1010 WINS) — A man on a motorcycle is wanted by police for ripping jewelry from the necks of three people in the Bronx and Washington Heights and attempting a fourth robbery the same day but failed.

The thief began his robbery on May 2 in the Bronx, where he approached a 22-year-old victim from behind and stole a gold chain from her neck while she was on the corner of Grand Concourse and East 150 Street. The jerk caused her to fall as the man rode off on her motorcycle carrying her $800 necklace, officers said.

At about 1:30 p.m. that same day, a 30-year-old victim was crossing Saint Nicholas Avenue in Washington Heights when the suspect came from behind and took her gold necklace with a pendant worth about $405, police said.

About 15 minutes later, a 30-year-old woman was walking near 214 Street and Seaman Avenue when the man on the motorcycle came up behind her and tried to grab her chain, but failed, officials said. 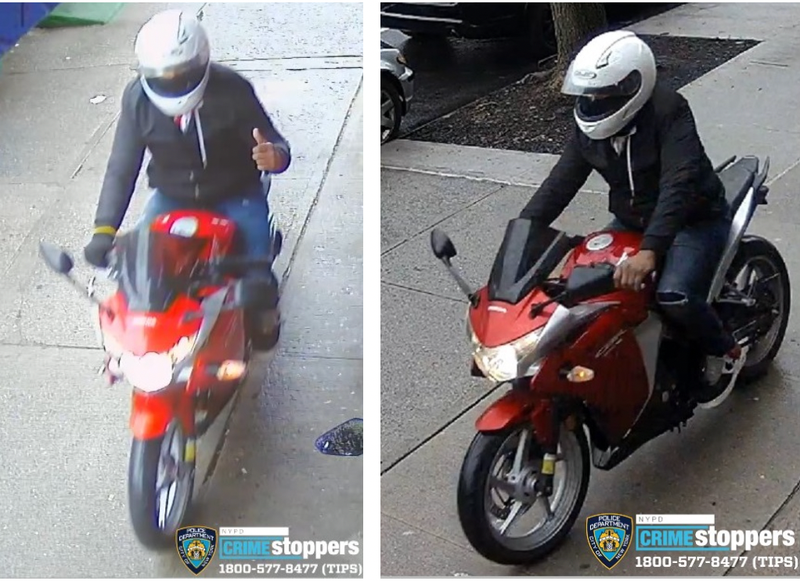 Shortly after, the thief attempted to steal a necklace from a 36-year-old woman standing in front of 94 Nagle Avenue. The $1,100 chain broke and fell to the ground, and the victim was able to recover part of it, authorities said.

The suspect is described as fair-skinned, about 40 years old, of medium build, and last seen wearing a black jacket, dark blue jeans with rips at the knees, black and gray sneakers and seen riding a red and black motorcycle with a white helmet.

Anyone with information about this incident is requested to call the NYPD Crime Stoppers Hotline at 1-800-577-TIPS (8477).