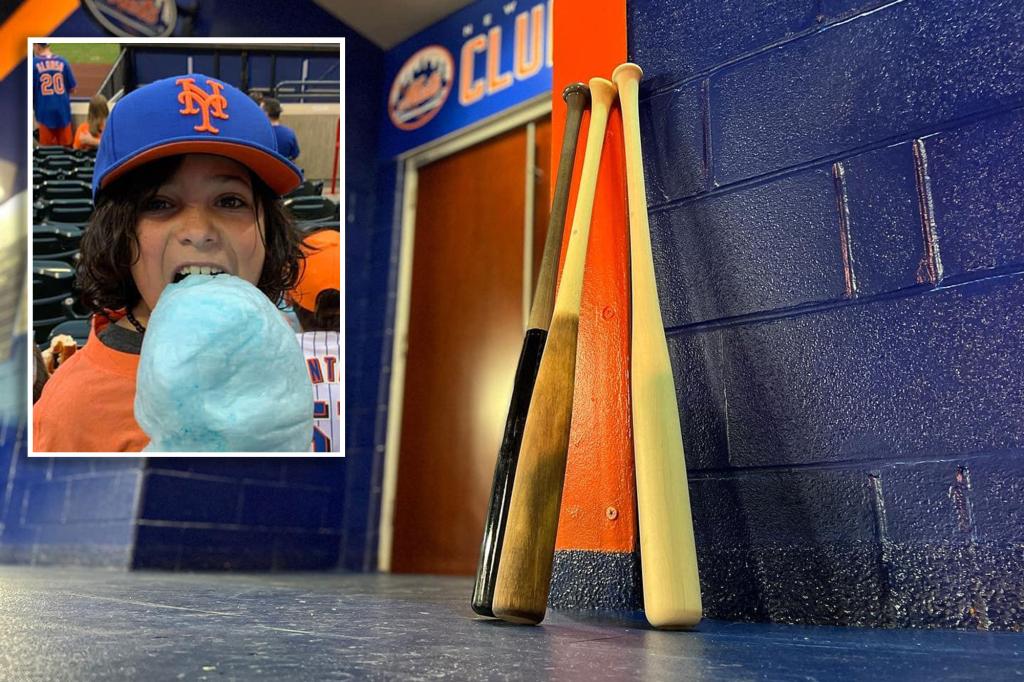 The Mets let three bats lean against the wall outside their clubhouse on Tuesday in tribute to 10-year-old Lazar LaPenna, who died Friday during a Little League game in Long Beach.

“We send our love and support to his family and teammates in the Long Beach/Lido Little League,” the Mets wrote on social media.

Families around Long Island let bats outside their homes this week, using the hashtag #BatsOutForLazar, to commemorate LaPenna, who suffered a seizure while running to first base. The fourth division team collapsed on the field at Point Lookout Park in Lido Beach.

LaPenna’s father, Gregg, was one of the team’s coaches and watched the scene unfold from the sidelines.

The elder LaPenna wrote a tribute to his son on Facebook on Sunday, saying his son was “collapsing with excitement.”

“I’m holding the scorebook as he looks at me with the biggest smile,” Gregg LaPenna wrote. “I’m looking at the book to mark his single. Then my, my family’s life changed… Lazar collapsed with excitement and had a seizure.”