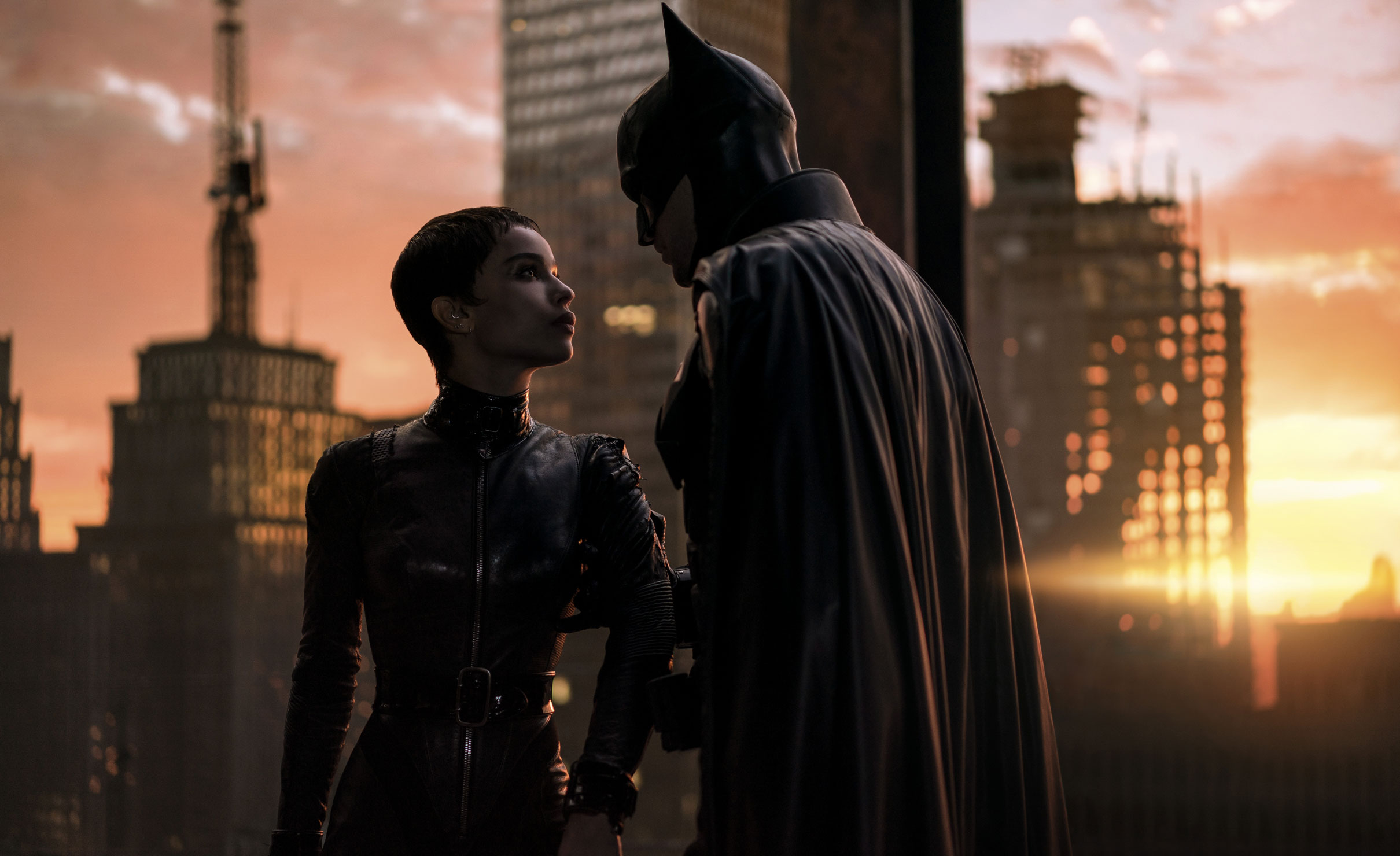 When did Robert Pattinson get to be so tall? The sensible answer would be some years ago but his Batman towers over everything in sight.

This thrilling physicality, partly the result of oblique camera angles, is the foundation of Pattinson’s hyper-cool embodiment of the comic-book vigilante who is rich boy recluse Bruce Wayne by day, The Batman by night.

We find him early in his career and still in the throes of earning his moral right to be one of the Justice League. “Who are you?” stammers a small-time thug as Batman descends on a scene of violence during Halloween. “I’m vengeance,” croaks the crusader, who at this point sees his mission statement as getting back at those wreaking moral and physical mayhem on his beloved Gotham City.

But is vengeance justice? The Batman may spend his life in the shadows but his moral cause allows for no shades of grey.

The mood of director Matt Reeves’ movie, the fifth Batman since the late 1980s, is set through the music, which includes a slowed-down and menacing version of Nirvana’s “Something in the Way”, and Nirvana’s dark rock and roll credentials are very much in accord with this stylistic Batman black. Gotham’s hero is an orphaned, troubled crusader whose calling is also his curse.

The story is a long and winding mess, which is not to say it’s bad, just complicated as we ride a rolling wave of troughs and peaks as Batman hunts down serial killer The Riddler (Paul Dano), and tries to find himself along the way . “What does a liar do when he’s dead?” Riddler asks. “He lies still,” replies Batman, who follows The Riddler’s clues pointing to corruption in the ranks of senior police and law officers. He is also led to the brink of doubting his late father, the philanthropist Thomas Wayne, who is implicated in a mobster murder.

The chemistry between The Batman and the waitress at the low-life club where the corrupt officials hang out, slinky Selina Kyle, aka Catwoman (Zoë Kravitz), elevates this Batman above the cartoonish and we end up wanting more.

Reeves brings as much authenticity as you can to the screen, with moody camera work by Greig Fraser (dune), a superb cast including Colin Farrell, unrecognizable as The Penguin, John Turturro as Carmine Falcone and Andy Serkis as Alfred Pennyworth, along with gripping, bone-cracking fights. There are touches of humour, too, including Batman paragliding down from a building in what looked like an inflatable onesie.

But the film’s humanity is its strength. A scene at the end when Batman escorts Catwoman to the outskirts of Gotham City, racing through the early morning light on their hot superhero bikes, is sweetness itself, like a boy riding his girlfriend home after school. It is touching for both its courtesy, and its acknowledgment of the bond between The Bat and the Cat, two lonely crusaders still finding out who they are.

The Batman is in cinemas now.

Increase your impact by having your donations doubled

When you commit to a regular weekly, fortnightly or monthly tax-deductible donation to InReview, each scheduled donation will be matched by Creative Partnerships Australia. That means you’re supporting twice as many InReview stories to be commissioned, edited and published.

This article is supported by the Judith Neilson Institute for Journalism and Ideas.