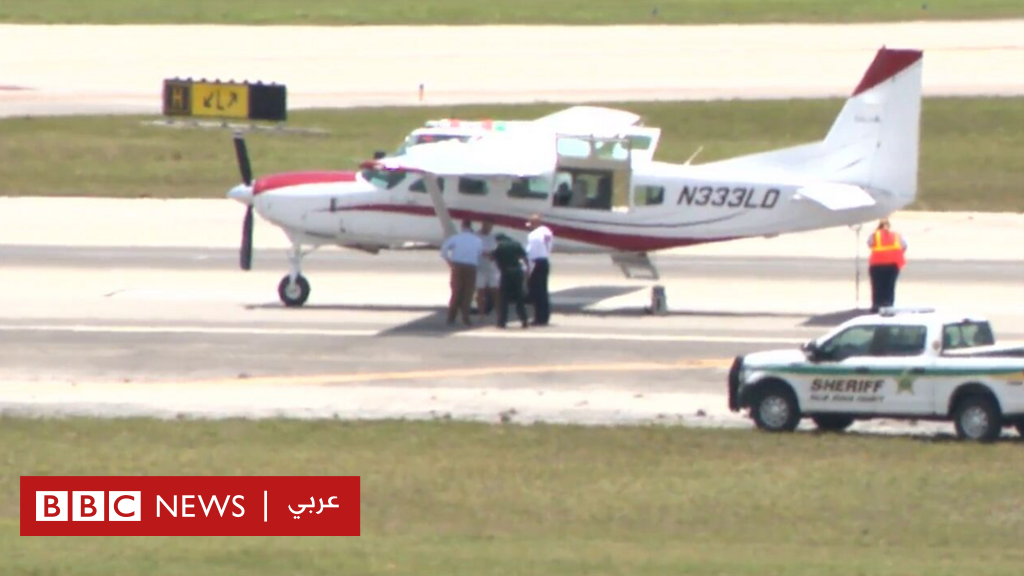 Florida media and news outlets are looking for an unidentified passenger who landed alone on a passenger plane after the pilot passed out.

Flight recordings showed the unidentified passenger telling the airport control tower that he “had no idea how to stop the plane”.

The two met on the tarmac for a hug, but didn’t exchange names.

The passenger was heard saying over the radio from about 9,000 feet (2,750 meters) in the air: “I am in a dangerous situation here. The captain of the aircraft can barely carry himself”, adding: “He lost consciousness. “

When asked about his condition and what the situation was like on the plane, he replied, “I have no idea.” He just said he could picture the Florida coast.

“Hold the wings horizontally and try to follow the coast, north or south,” the air traffic controller told him. “We’re trying to locate you.”

During his conversation with the tower, he said, “I can’t even turn on the navigation screen. It has all the information on it. Do you have any idea about that?”

“I have no idea how to stop the plane, I don’t know what to do,” he added.

Air traffic controller Robert Morgan at Palm Beach International Airport was on hiatus when a colleague notified him of the situation.

Morgan, who had been a flight instructor and air traffic controller for over 20 years, had never flown such a specific type of aircraft, a single-engine Cessna 208, but he was able to use the aircraft’s cockpit map to instruct the passenger .

“I knew the plane flew like any other plane. I know I have to keep it calm, show him the runway and tell him how to slow the engine down so he can land.”

The recording shows Morgan teaching the man to “push the controls forward and descend the plane at a very slow pace” as he approaches the landing.

“And without noticing or feeling it, I heard him say, ‘I’m on the floor,’” Morgan recalls. How can I stop this thing? †

Then the passenger and Morgan met on the runway, where they hugged and posed for a photo. But out of his excitement, Morgan was unable to retrieve the passenger’s name, the WBF correspondent told the BBC on Wednesday.

The name was also not included in the recorded radio conversations.

“It felt like I was going to cry,” Morgan told CNN.

“It was an emotional moment. He said he just wanted to go home and be with his pregnant wife, and that made me feel better.”

“In my opinion, he was the hero because I was just doing my job.”

After the plane landed, Morgan could be heard on the recording praising the heroic passenger in front of the other pilots on the runway.

“You just saw two passengers get on that plane,” he told another pilot, who was waiting to take off.

The pilot replied, “Did you say it was the passengers who landed the plane?”, “Oh my God. That’s a great job.”

The FAA said the plane was private and registered at an address in Connecticut.

The plane had taken off from Marsh Harbor in the Bahamas about an hour ago, according to flight-tracking agency FlightAware.

The Palm Beach County Fire Department transported the pilot to the hospital immediately after landing. The pilot’s name or condition was not released.