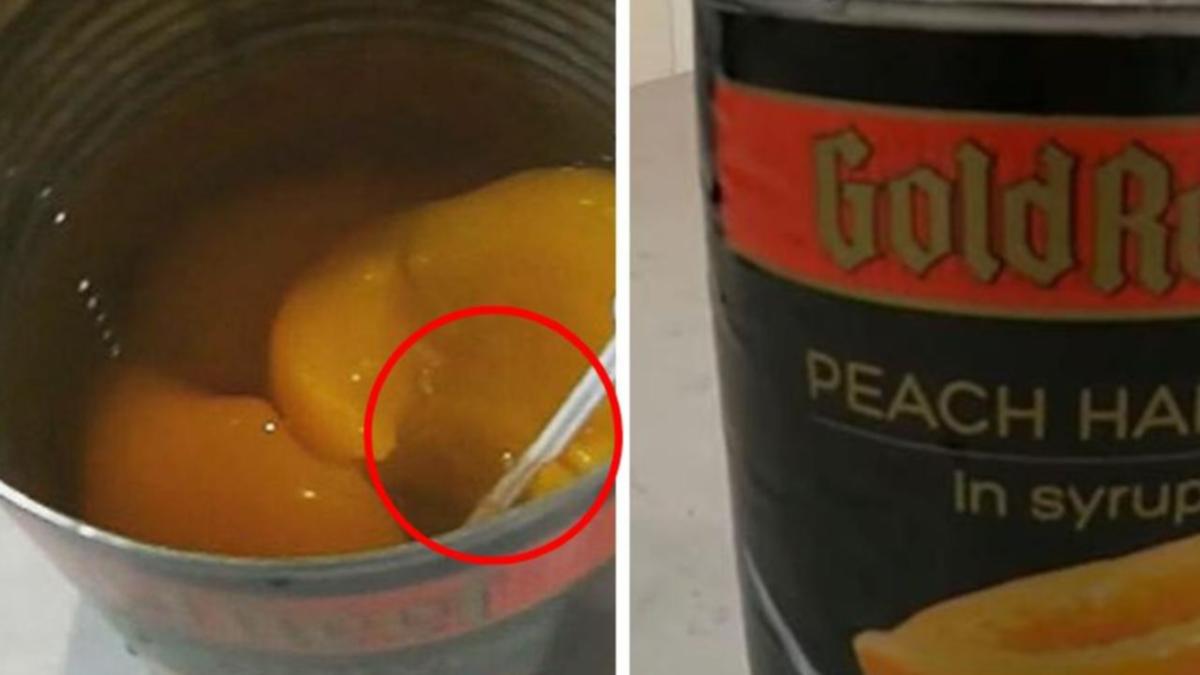 A man has spoken candidly about the horrific moment when he claims to have found a syringe in a can of peaches he had been eating for two weeks.

Dave McKell told Nine News that he was going to put Gold Reef canned peaches on his Weet-Bix breakfast when he discovered the syringe was sticking out of the syrup.

“I saw the top of it and thought ‘what’s that white thing at the top and I found the whole piston sitting there,” he said.

He said he had been eating from the same can for two weeks.

The Perth man had bought the 825g can from the Greenwood Village Coles store in north Perth and returned to the store to notify staff.

“I’d love to see it come off the shelves to begin with,” he said.

He said the staff asked him to fill out an incident report and they wanted to take the can as proof of the claim.

However, he refused to give them the can.

“I’m a bit turned off by peaches now. I could go pears,’ he said.

Mr Mckell said he will now have blood tests to make sure he has not contracted any illness from the syringe.

A Coles spokesperson told Nine News that they had never had an incident with the supplier of the product.

The product, which is packaged in South Africa with locally sourced ingredients, is sold in Coles stores for $3.

“We apologize to the customer for their experience,” Coles said in a statement.

“We take this matter very seriously and will investigate with our supplier.”