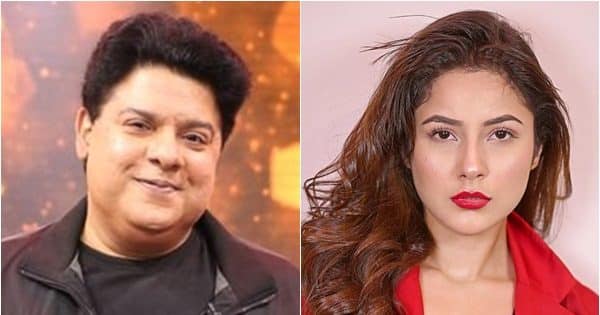 Salman Khan is back to host Bigg Boss 16 and the Dabangg Khan introduced a few of the show’s participants with his inimitable style. However, viewers weren’t thrilled to see filmmaker Sajid Khan, who was accused by multiple women in the MeToo case, joining other contestants on the show. More than that, they were sad that Shehnaaz Gill was supporting Sajid and they couldn’t help but troll her and say that Asim Riaz was right about her. Also Read – Bigg Boss 16: Imlie star Sumbul Touqeer’s fans LASH out at Archana Gautam for making fun of her name [Check Reactions]

When Sajid joined Salman on stage, he was shown a special video message from Shehnaaz. She welcomed Sajid to the show and advised him to entertain everyone with his wit and humor just like he made people laugh with his movies and TV shows. She declared her full support for Sajid and said she is looking forward to seeing him shine in the Bigg Boss 16 house. Sajid also said that Shehnaaz is like a younger sister to him. Also Read – Bigg Boss 16: Did you know that Sreejita De and Tina Datta waged a cold war on Uttaran sets? [View Pics]

Unhappy viewers criticized Shehnaaz for openly supporting the MeToo defendant on a public platform. Many people believed that Shehnaaz was trying to get into Sajid’s good books so that she could get more movies in the future. Others expressed disappointment at the makers who tried to whitewash the image of the filmmaker. Also Read – Bigg Boss 16: Sumbul Touqeer Khan Does Chaka Chak Steps With Salman Khan; viewers declare it’s going to be Imlie season [View Tweets]

I am confused if he was absolutely guilty for everything he had done in the past!! or is he coming for the money laundering??

Itna image clarification karna hai toh, also bring those women who accused him of molestation. Also, let them have a platform and audience to hear their side. And we’ll see how long he keeps playing victim on ntv. #SajidKhan#BB16

Shehnaaz fans are literally insane, blindly supportive #SajidKhan. As their idol supported him.
And she also supported an assailant for a movie.
Ewww.

#ShehnaazGiIl praising #SajidKhan because she wants to #FarahKhan and #Sajidkhan May give her film!

After taking the stage, Sajid told Salman Khan that he has been at home for four years and that he now wants to reconnect with the audience through this show. He revealed that he is open to all duties and tries to be humble and polite in the house. Sajid said his sister, the famous choreographer and director Farah Khan, advised him to show his real side in the show.