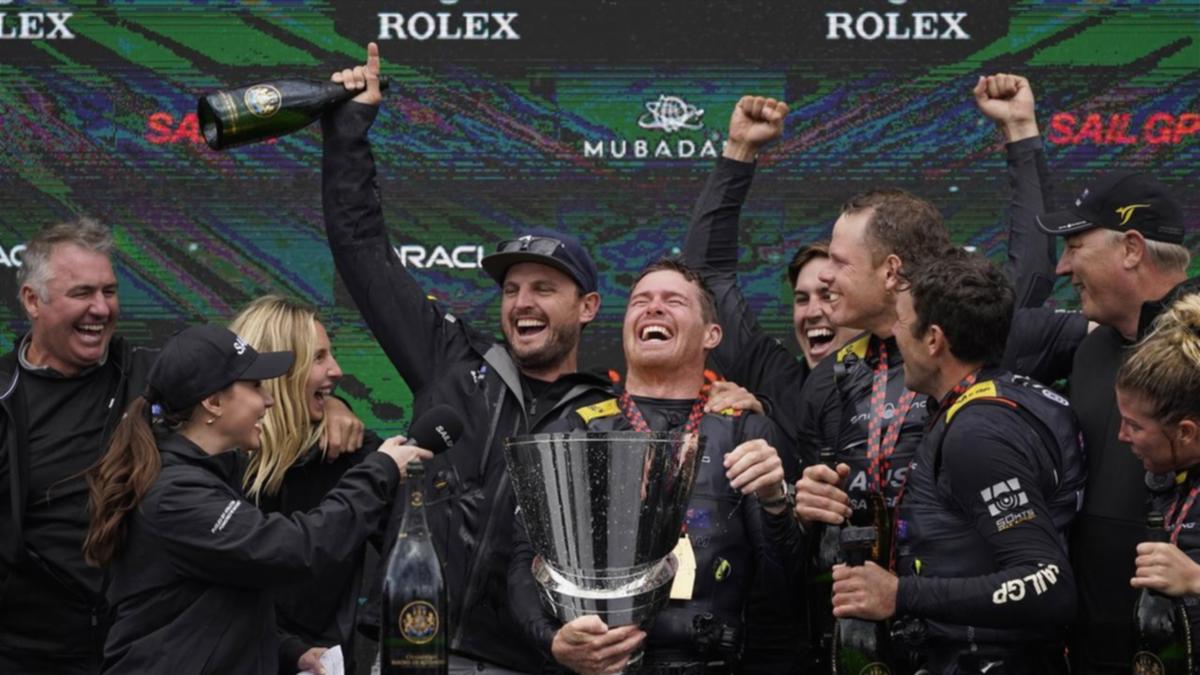 The champagne showers of Team Australia’s season 2 championship have barely dried and SailGP is already starting another dash for $A1.5 million in cash.

The third season of tech tycoon Larry Ellison’s global competition kicks off this weekend on the turquoise waters of Bermuda’s Great Sound.

Slingsby, an Olympic gold medalist and former America’s Cup champion, has taken the Flying Roo 50-foot foiling catamaran to the first two championships, each with a winner-take-all prize of $A1.5 million.

The fleet is expanding this season with new teams from Canada and Switzerland, although Japan, which reached the podium in its first two seasons, has run into financial difficulties and will miss the first three regattas. The number of regattas has increased to 10.

The Aussies clearly remain the class of the fleet and are aiming for a three-peat.

“It’s hard to say how we’re going to do it, but we’re more confident than ever,” said Slingsby.

“If we sail as well as we can, we can win races and win events. We are in a very good position because we don’t have to do anything special to win.

“We just have to do what we’ve done over and over and we know that with our best we can beat the best of other teams and I’m not sure they have that same luxury.”

Nicknamed “Red Mist” for his occasional tantrums on the water, the red-haired Slingsby skillfully steered the Flying Roo — named after the large yellow kangaroo on the wingsail — to sail’s biggest cash prize for the second time since 2019.

He defeated Japan and the United States in the grand final of the pandemic-delayed second season in San Francisco on March 27.

“When we’re in a tight situation or a moment of high pressure, I know these guys perform under pressure and I think they know I do too,” he said.

Slingsby said Team Australia will donate $A72,000 of the team’s $A1.5 million prize to its Race for the Future partner, Parley for the Oceans, to aid in remote expeditions and clean up pollution from plastic in the sea along the beaches and coastlines of Australia.

Team USA, meanwhile, is looking for more consistent results, even as it made it to the grand final in Jimmy Spithill’s first year as skipper.

“I thought it was a good first step, but definitely not something we’re happy with,” said Spithill, an Australian who lives full-time in San Diego.

“We definitely want to be at the top of the podium. But like any sport there is no shortcut. You have to put in the time, the hours in it, and trying to catch who I think is the benchmark team, clearly, are the Aussies.

“They’ve been together longer than anyone. That group has been locked up for so long and it really shows. They do a lot of things well.”