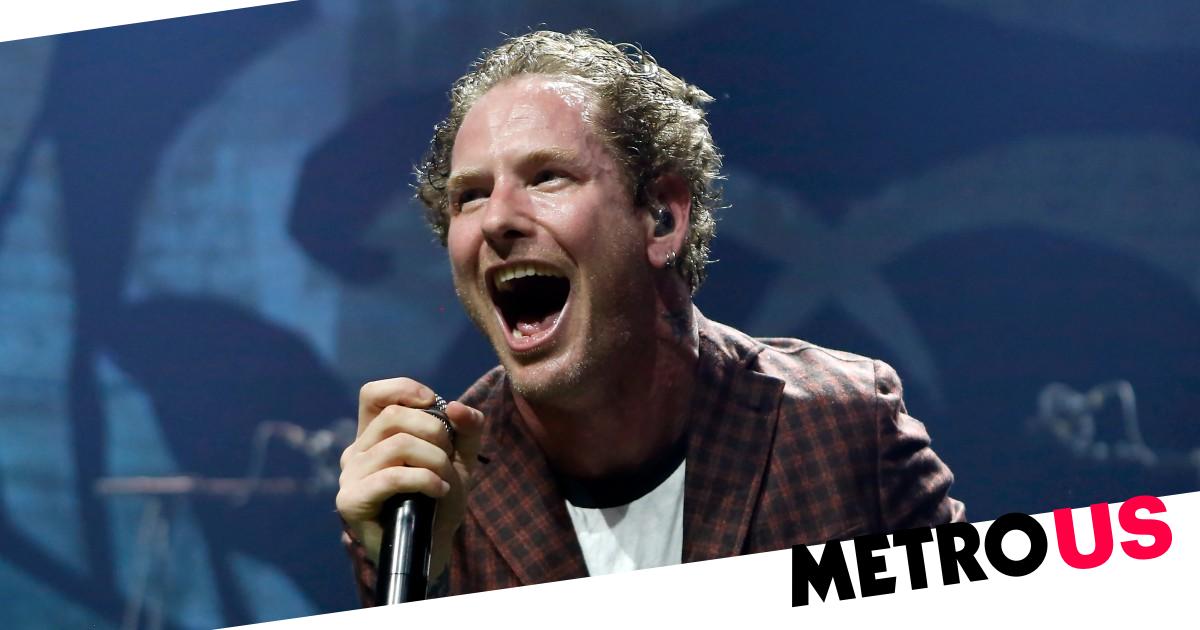 Slipknot rocker Corey Taylor has revealed his sober life couldn’t be more different to his heyday, which included running through the street naked at the height of his drinking.

The 48-year-old musician, who has released his new album CMFB Sides, quit drinking alcohol in 2006 after realizing it was controlling his life in the absence of drugs which he kicked much sooner.

These days, he leaves the wild rock n roll lifestyle firmly on the stage with booze out of his life – and now replaced with an arguably softer addiction.

speaking to metro.co.ukCorey said: ‘This is what my life is now – besides talking s**t and trying to break everything when I’m on stage – my most rock n roll thing that I do is sneak downstairs and raid the candy jar.

‘I get into the sugar and chocolate and feel miserable the next day. I trade booze for chocolate and still get hangovers. How the hell does that happen?

‘But when I eat as**t tonne of chocolate, I don’t run down the street naked which is a very real circumstance that happened back when I was boozing it up.’

He added: ‘I drink about six pots of coffee a day so that’s my rock n roll lifestyle,’ before realizing the most rock n roll thing is that he ‘doesn’t bulls**t people’.

‘That sounds better than dipping into my kids’ candy,’ he laughed.

Corey will be celebrating his 50th birthday in December 2023 and is proud to say he’s in the best shape he’s been in a long time.

‘It’s weird, I felt older when I was 40 than I did thinking about 50 because honestly, nothing’s changed,’ he said.

‘I’ve still got the Slipknot body, it’s broken and barely hanging on by a thread, but I’m actually health wise doing great. I’m really trying to work on upkeep now – I’m not just upgrading, I’m really trying to make sure that I can physically do all the things I want to do.’

He then joked: ‘I don’t look my age still which is great. Me and Paul Rudd should hang out and exchange numbers about that s**t because whatever he’s drinking must be in my water too so it’s a good problem to have. I’m not too bothered about it.

‘Alicia [Dove, his wife] loves the fact that I’m older, so I’ve actually got a wife who appreciates that I’m an old man.’

Ah yes, Alicia is Corey’s third wife with the two marrying in 2019 right before the pandemic and, honestly, he couldn’t be more smitten.

Opening up about their connection, Corey laughed: ‘The cool thing is when you marry the right person, you actually enjoy spending time with them.

‘Pretty much from the moment we started dating, we were inseparable. We didn’t live together right away but as soon as we moved in together we were joined at the hip.’

The singer continued: ‘It definitely made me realize that not only did I find the right person, but that I married the right person. She is the most wonderful woman I’ve ever known. She is everything I have ever looked for in a woman. She’s funny, she’s smart, she’s gorgeous, and cool. We can talk about anything and have real spirited debates – not arguments – and it doesn’t turn into a thing.

‘When you find that person and you realize they dig you as much as you dig them, damn right I married her.’

Corey has just released his second solo album, the follow-up to 2020’s CMFT, featuring covers and an array of genres that couldn’t be further from Slipknot’s hard metal, such as country and hip hop.

On the direction of his solo music, he explained: ‘I’ve always worn my influences on my sleeve and I’ve never hidden behind a persona or leaned into what people think I’m supposed to be…

‘Over the years people have seen so many different sides of me and realized I’m not just a metal kid… after 20+ years of being the business, being able to show this other side that’s never really had a chance to shine, it was very gratifying to see a lot of people were really into it.’

MORE : ITV pulls I’m A Celebrity… Get Me Out Of Here! and The Voice Kids from Russian TV during ongoing Ukraine invasion

MORE : Ben Stiller ‘beyond excited’ about future with wife Christine Taylor after reconciling