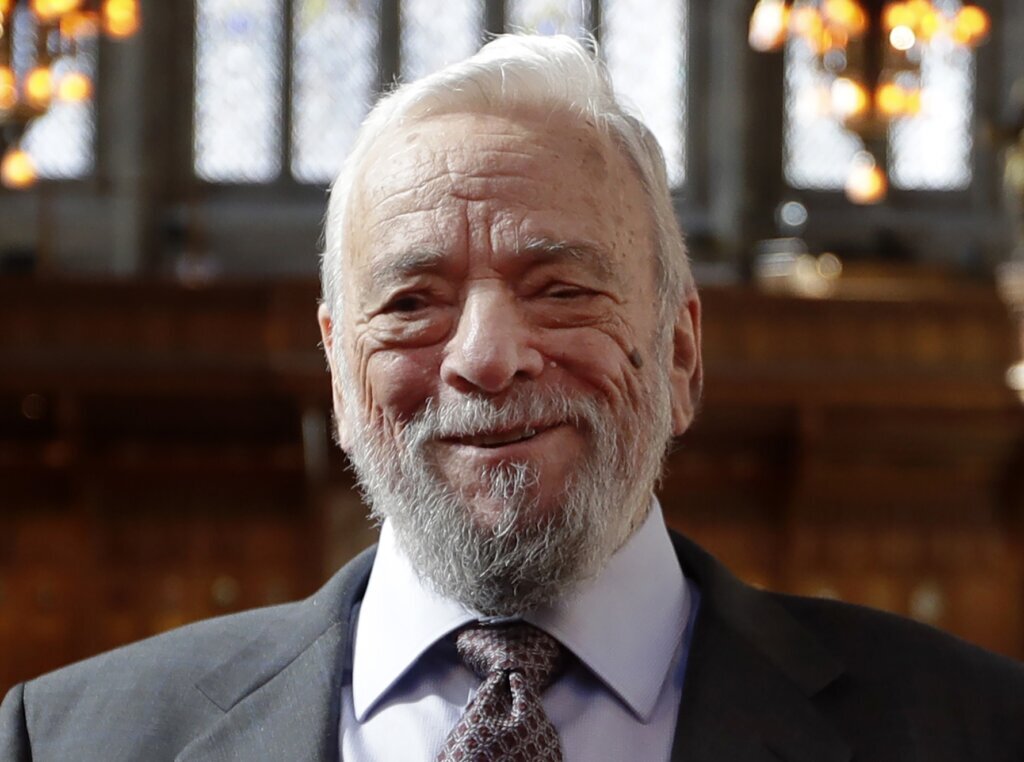 LONDON (AP) — Judi Dench received a standing ovation for ‘Send in The Clowns’. Bernadette Peters leaned forward with her back to the audience and blew her trumpet on ‘You Gotta Get A Gimmick’ with her head between her legs.

What the four had in common was their devotion to Stephen Sondheim, the pioneering Broadway composer/lyricist who died in November at age 91. Dozens of musical theater stars gathered on Tuesday night for a party titled “Old Friends” to raise money for the Stephen Sondheim Foundation, which will benefit young composers.

“He always considered London his home away from home,” producer Cameron Mackintosh, who hosted the event, told the sold-out crowd of around 1,100 at a theater that was renamed Sondheim from the Queen’s in 2019. support from future generations of artists through his foundation.”

To make the evening drama, only the scheduled songs were included in the program, with the identities of the accompanying singers being disclosed to the audience only when people walked out. There was a minimal set and some cast members dressed up for a flowing program showing Sondheim’s Tony, Olivier and Pulitzer Prize-winning work.

Peters, 74, who created the roles of Dot in “Sunday in the Park with George” and the witch in “Into the Woods,” made a dramatic entrance donning a cape as Little Red Riding Hood for Damian Lewis’ Wolf. With her voice for drama and impact, Peters was included in eight of the 40 selections sung for 2 hours and 45 minutes, most notably a rendition of “Losing My Mind” that left part of the audience in tears.

Michael Ball landed a pivotal role in selections of “Sweeney Todd,” including a witty “A Little Priest” starring Maria Friedman, an actress who has become a heralded director of Sondheim. He also sang a gendered version of “Could I Leave You?”

Reprising what many consider to be the definitive version of Sondheim’s most famous song, Dench stumbled over a few words, but still created an indelible performance. The 87-year-old, who is visually impaired, was helped to her seat before her performance.

Julia McKenzie, whom Mackintosh said hadn’t been on stage for 24 years, returned at age 81 to join ensembles for “Side by Side” and “Not A Day Goes By” and a 10 female rendition of “Broadway Baby” including Helena. Bonham Carter, Rosalie Craig and Jenna Russell plus Gary Wilmot.

Sondheim’s humorous side was on display when Lewis, Rob Brydon and Julian Overdon wore their uniforms over their tuxedos to join 88-year-old Siân Phillips in “Everybody Ought to Have a Maid.” Janie Dee has hammered “The Boy From…” a parody of “The Girl from Ipanema”.

Conductor Alfonso Casado Trigo led a 26-piece orchestra that took the stage, photos of Sondheim from childhood to old age were shown during an ensemble of “Not A Day Goes By” and a video of Sondheim and fellow musicians was shown. composer Andrew Lloyd Webber on a piano that parodies their own work.

Tickets were priced at £75 to £1,250 ($94-$1,563) and the program was simulcast to the Prince Edward Theater a few blocks away, leaving a recording that could be released once the permissions were obtained.

As young singers joined the full troupe for the closing “Our Time,” Peters crossed the stage and exchanged hugs as the confetti fell and Dench seemed to hold back the tears. The performance seemed as memorable for the cast as it was for the audience.